PUMA are starting off the new year, not with Fireworks, but with something similarly explosive as they officially drop the evoPOWER 1.2.

Due to be worn by Cesc Fabregas, Mario Balotelli, Olivier Giroud, Yaya Toure, Nemanja Matic and plenty of other PUMA athletes, the second generation of evoPOWER again places a heavy emphasis on power, but also brings in a healthy dose of control this time out, too.

First up, the AdapLite upper returns from the last generation. For those who were asleep at the back of the class last season, the unique benefit of the Adap-Lite upper is that it is capable of stretching, but only one way.

Combine that with the Gradual Stability Frame – more on that later – and the whole boot mimics the movement of a barefoot striking the ball, maximising surface contact and power transfer.

PUMA have also seen fit to outfit the evoPOWER 1.2’s upper with Griptex this time, as well. If you’re familiar with the evoSPEED line, then you’ll know that Griptex is a 3D-print control surface designed to augment player’s touch on the ball in wet and dry conditions. 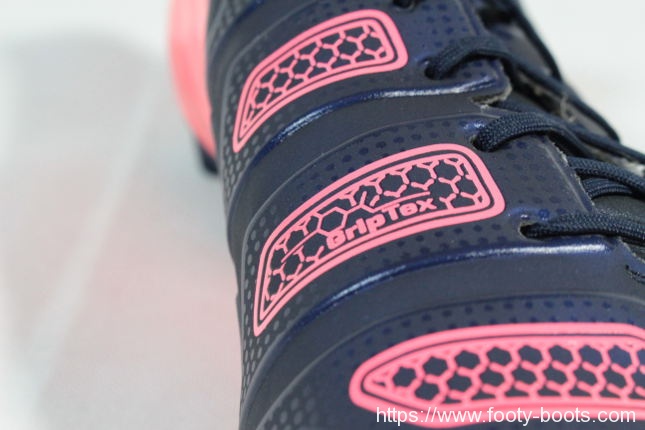 PUMA have also increased the amount of area the Accufoam covers across the upper. Designed to flatten against your foot when boot meets ball, the result is a slightly less bulky feel to the upper, but with a truer, more consistent feel for striking and passing.

It’s also worth noting that this new system works with the lacing system and in tandem with the everFIT Cage EXT to create a boot with a better lockdown effect for improved stability.

The chassis of the PUMA evoPOWER 1.2 is for all intents and purposes completely unchanged from the last model. 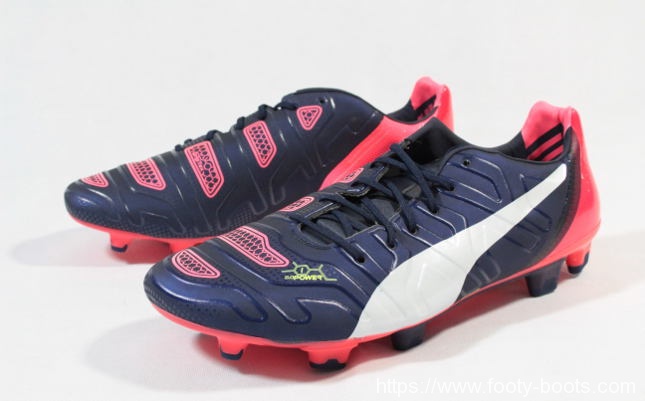 The Gradual Stability Frame remains integral to how the boot can bend and flex, which not only allows for that highly effective increase in ball contact and shot power, but also boosts comfort with plenty of mechanical flex under the toes and getting more rigid at the back to support the heel and midfoot.

PUMA are once again relying on a combination of conical and bladed studs for the traction system; the oblong blades support the foot under the heel and lateral side for better stability when shooting, whilst a quartet of rounder studs sit under the ball of the foot and toe for freedom of movement when turning.

On foot, the fit of the boot remains the same; the PUMA evoPOWER 1 was one of our go-to recommendations for players with wider feet and that won’t be changing with the arrival of the 1.2.

Again, the big surprise on this model is the change in how the upper is locked down to the foot – PUMA have clearly worked on bringing the boot closer to the foot for a more stable, uninterrupted feel between foot and ball, without that affecting comfort and that forgiving fit that the evoPOWER has built a reputation on over the last 12 months.