PUMA are hitting hard and boxing smart with the launch of the new PUMA evoAccuracy 1 – a spin-off, ‘disruptive’ release to sit alongside the evoPOWER 1.2.

Taking the main principals of the evoPOWER silo, PUMA have tinkered with the boot’s load-out to create a launch that maximises one of the secondary benefits of the popular evoPOWER release. 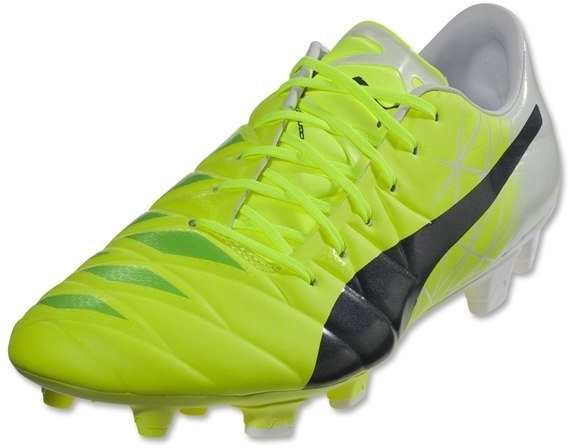 As you’d expect, whilst the evoPOWER is all about boosting shot power, the PUMA evoAccuracy 1 is all about increasing accuracy with a brand new approach to the upper.

PUMA have loaded the vamp of the boot with AccuFoam – the intention being to create a contact point for striking the ball that delivers incredible accuracy.

PUMA say that you can’t get a ‘pure’ strike on the ball in bare feet because the bones and ligaments in your foot create an inconsistent contact surface.

So, with an re-tooled upper and notably more AccuFoam, the PUMA evoAccuracy 1 creates a platform that is perfect for launching shots and crosses, thanks to the AccuFoam’s ability to flatten against the foot on contact with the ball.

PUMA have used the same Adap-lite synthetic upper for that unique one-way stretch properties, but have opted for a different finishing paper for a more leather-like feel.

The big brains at the Big Cat have also opted to up the amount of GripTex control elements on the medial side of the boot, adding more friction when making contact with the ball for a greater sense on control on shots. 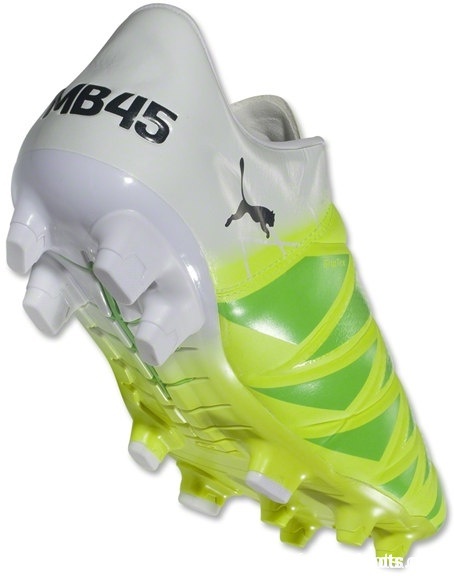 The heel on the PUMA evoAccuracy 1 also gets a re-work. Not only does Mario Balotelli‘s ‘MB45’ get a namecheck in the wordmark on the back of boot, but PUMA have also changed the way that the heel collapses on this model, and bumped up the support around the ankle.

Mario Balotelli will be the only player to officially wear the PUMA evoAccuracy 1, which is sure to stand out on in the Fluro Yellow/Green/White/Peacoat colourway. 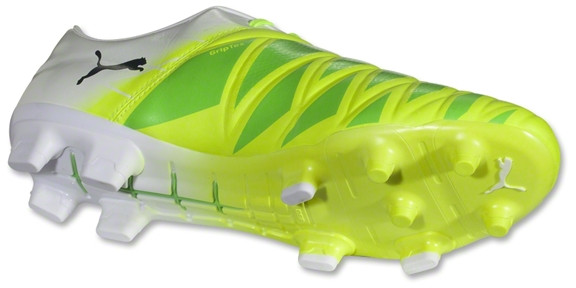 What do you think to the PUMA evoAccuracy 1? An interesting experiment in boot design or should it just be a separate silo?

Written By
Kyle Elliot
More from Kyle Elliot
We take a look at what customisation Nike have given some of...
Read More