PUMA have set a new benchmark in lightweight football boots with the full release of the evoSPEED SL, it weighs in at just over the 100g mark.

Based on a UK shoe sized 8.5 – this boot weighs just 103 grams. Whilst adidas launched the lighter 99g adizero earlier this year, it was not a match day boot, it was not used by any pro athletes and you could only buy it in a size 8.5. 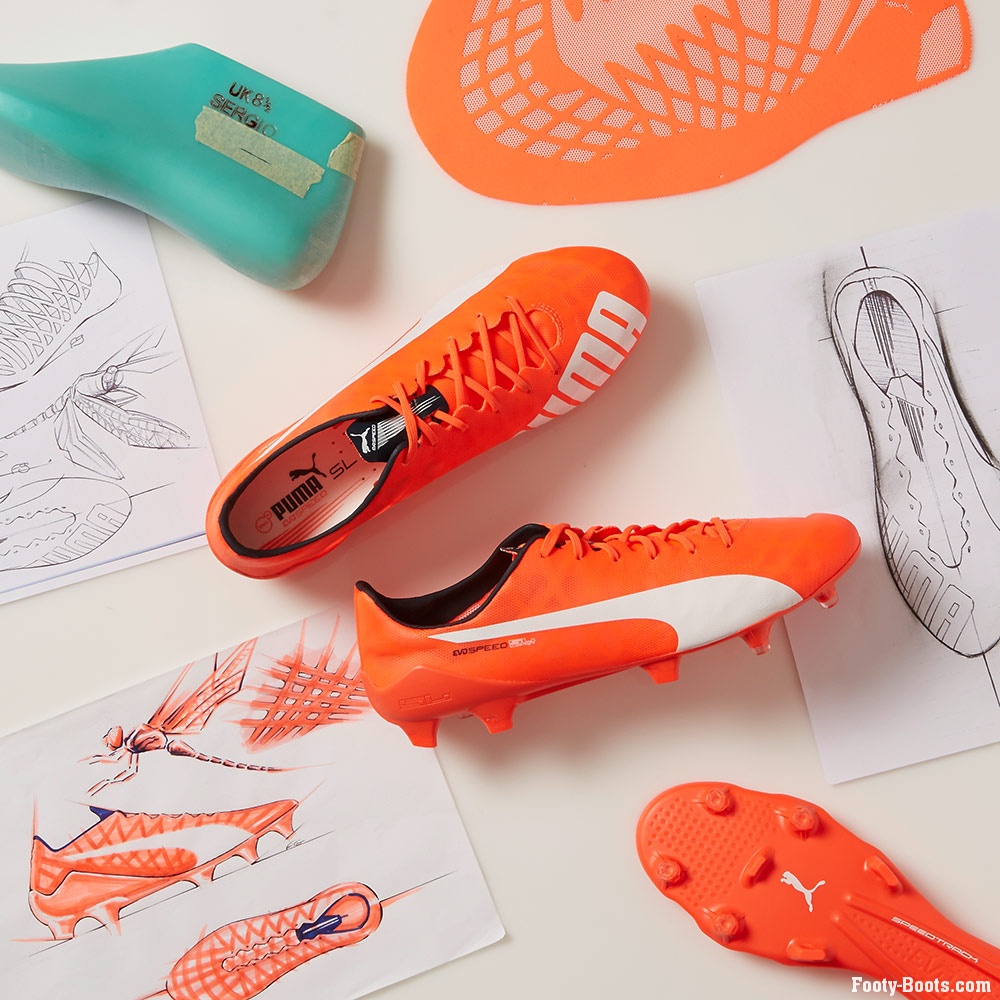 PUMA have made this football boot available on general release, but it comes with caveats. The boot should only be used on grass and its life expectancy is up to ten games. So lightweight comes at the expense of durability, or as PUMA put it:

“A non-compromise lightweight proposition, this product is about speed, not endurance. But the moments it creates will last forever.”

This launch evoSPEED SL comes in a Lava Blast colourway, which is a bright red pantone exclusively created for PUMA, it is complemented with White branding and Total Eclipse contrast colouring around the collar and tongue.

The PUMA name is now branded across the instep towards the toe region which makes it stand out well for the cameras.

All in all it’s a smart looking shoe, plain by PUMA’s usual standards, but will appeal to many. 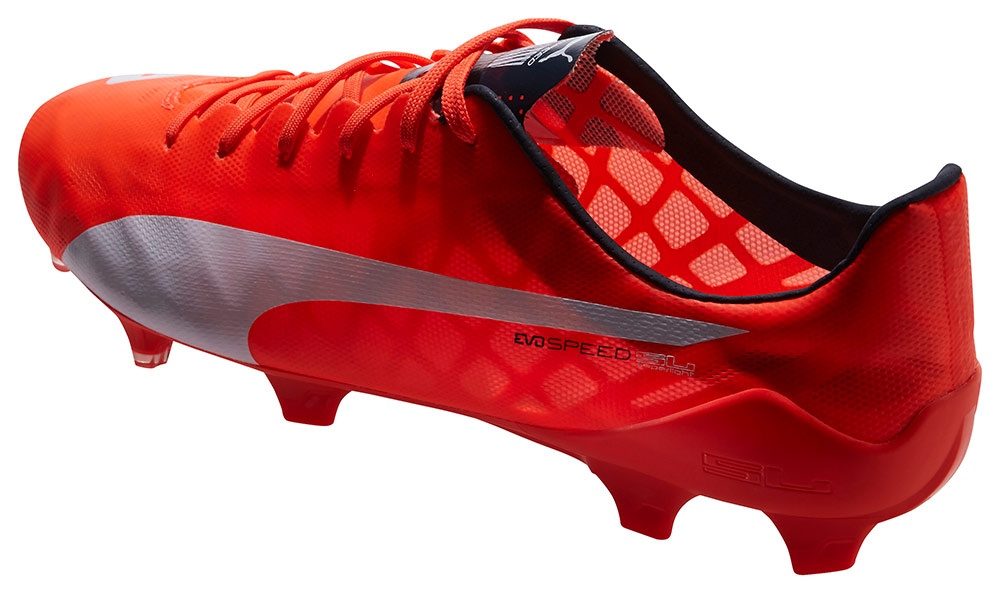 To deliver a football boot this light PUMA have used a Super Light, near translucent upper material. This is supported by a low weight SpeedFrame and at the rear an integrated, minimalistic heel counter.

Flipping over and you’ve got a dual density nylon outsole with two raised SpeedTrack Spines. The new stud configuration has five ‘traction studs’ and five ‘conical studs’, with just three in the heel, which helps with quick turns and directional changes.

The boot is also available in leather. Weighing slightly more at 150 grams, it means its the lightest leather football boot released.

The K-leather is ultra thin, just 1 mm thick and will mould to the shape of your foot. 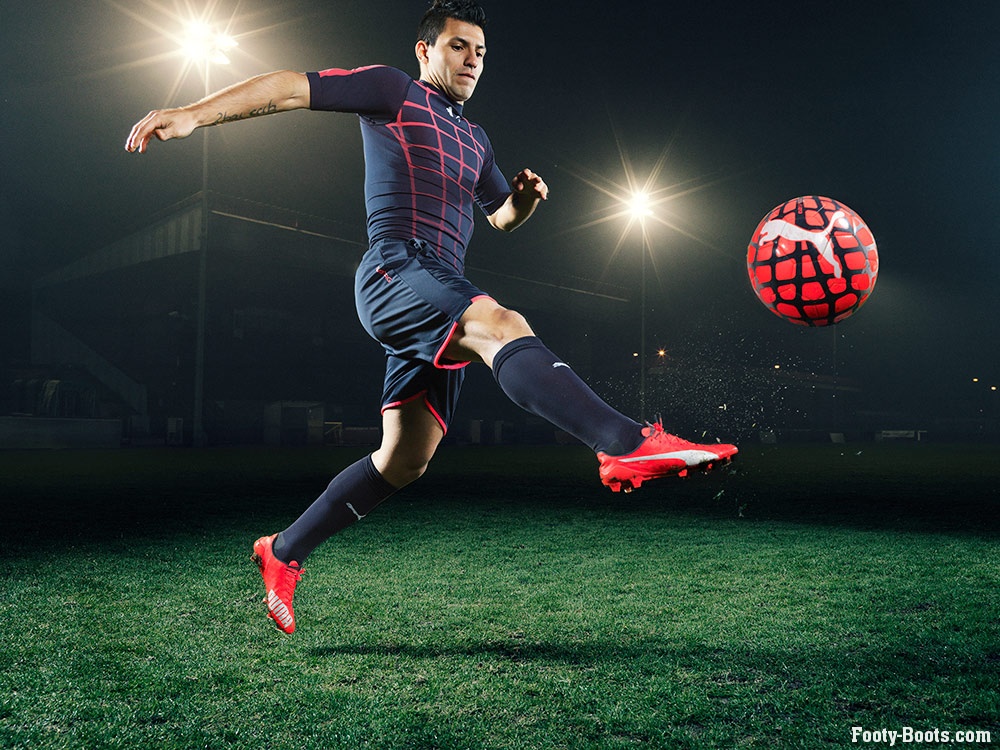 This is a truly fine specimen though and to be able to create a football boot that weighs near on 100g is incredible. To put it into perspective, in 2006 the Nike Mercurial Vapor III was the first boot to drop below 200g.

Are boots light enough yet? Where does the evoSPEED SL rank amongst the many recent boot launches?

We want to hear your views in the comments below.