Puma have lined up some of their leading players to wear one orange and one blue boot, representing either team evoSPEED or evoPOWER, as they pitch the players against each other for a special competition.

Puma have launched their latest versions of their Duality football boots, continuing the theme of two different coloured boots in one pair. 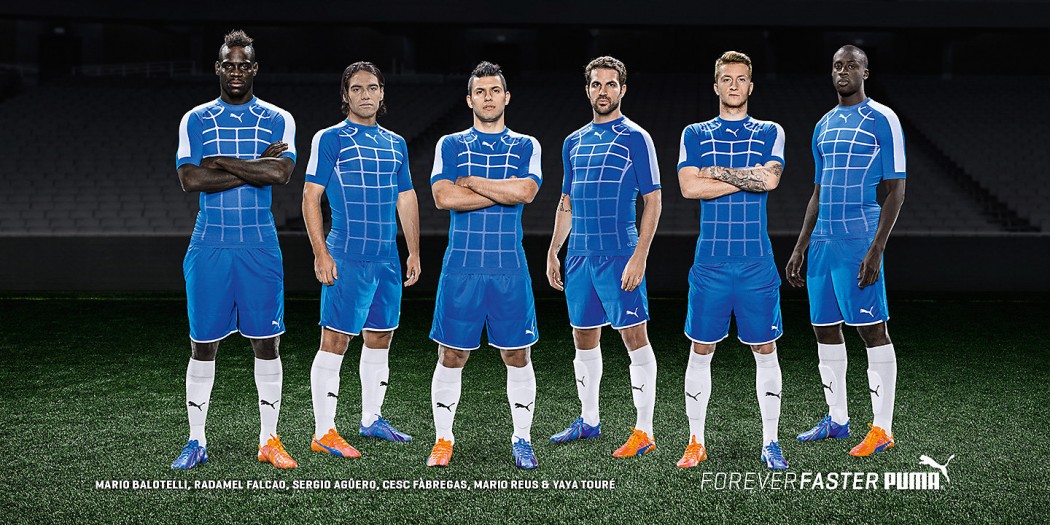 The Head To Head Duality colourways are applied to Puma’s two football boot silos, the evoPOWER and the evoSPEED.

Players including Cesc Fàbregas, Mario Balotelli and Olivier Giroud will wear one orange and one blue evoPower boot. 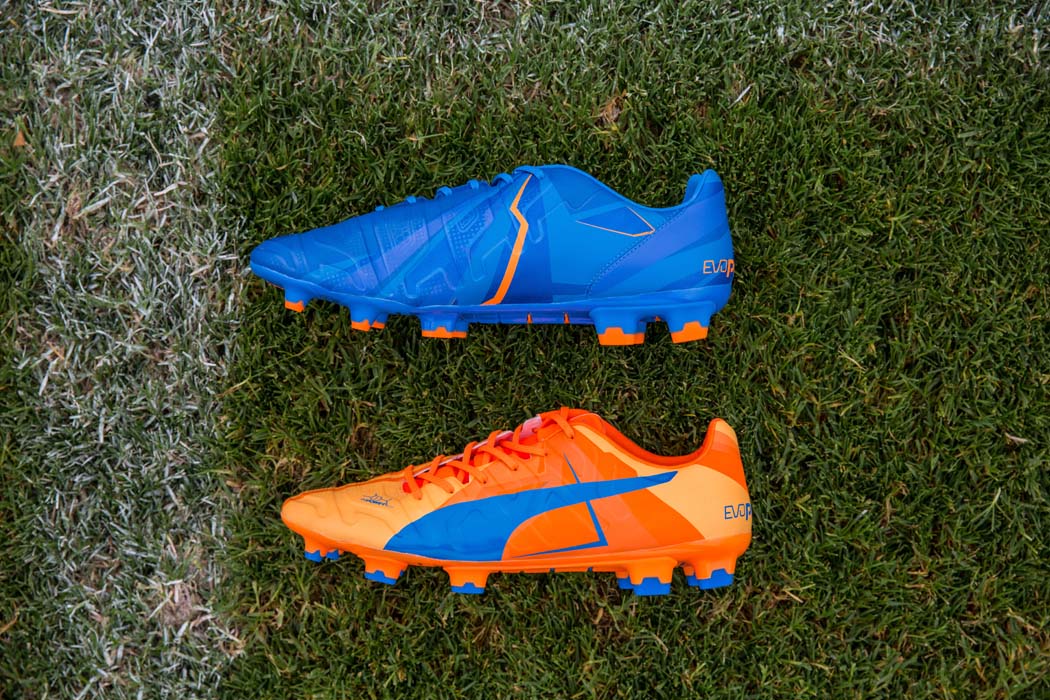 Meanwhile Sergio Agüero, Marco Reus and Antoine Griezmann are in the evoSpeed camp. 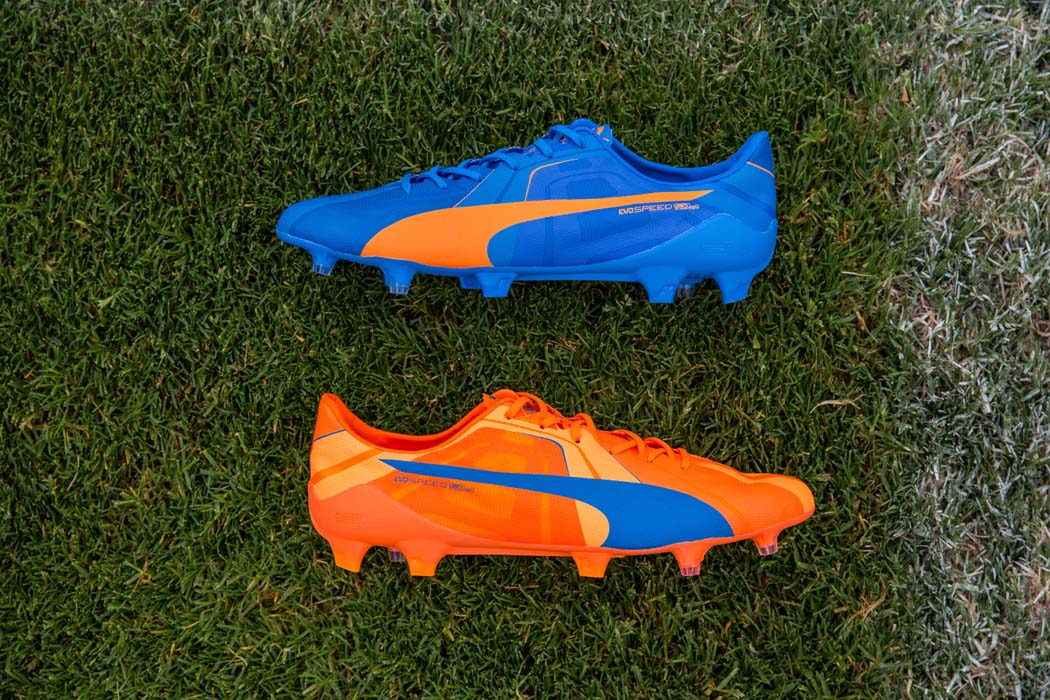 Puma have challenged the players of each boot group to go ‘Head To Head’ and outperform the other. A scoring system counts in game action such as goals, assists and completed passes of all the participating footballers, to determine which team is more successful. 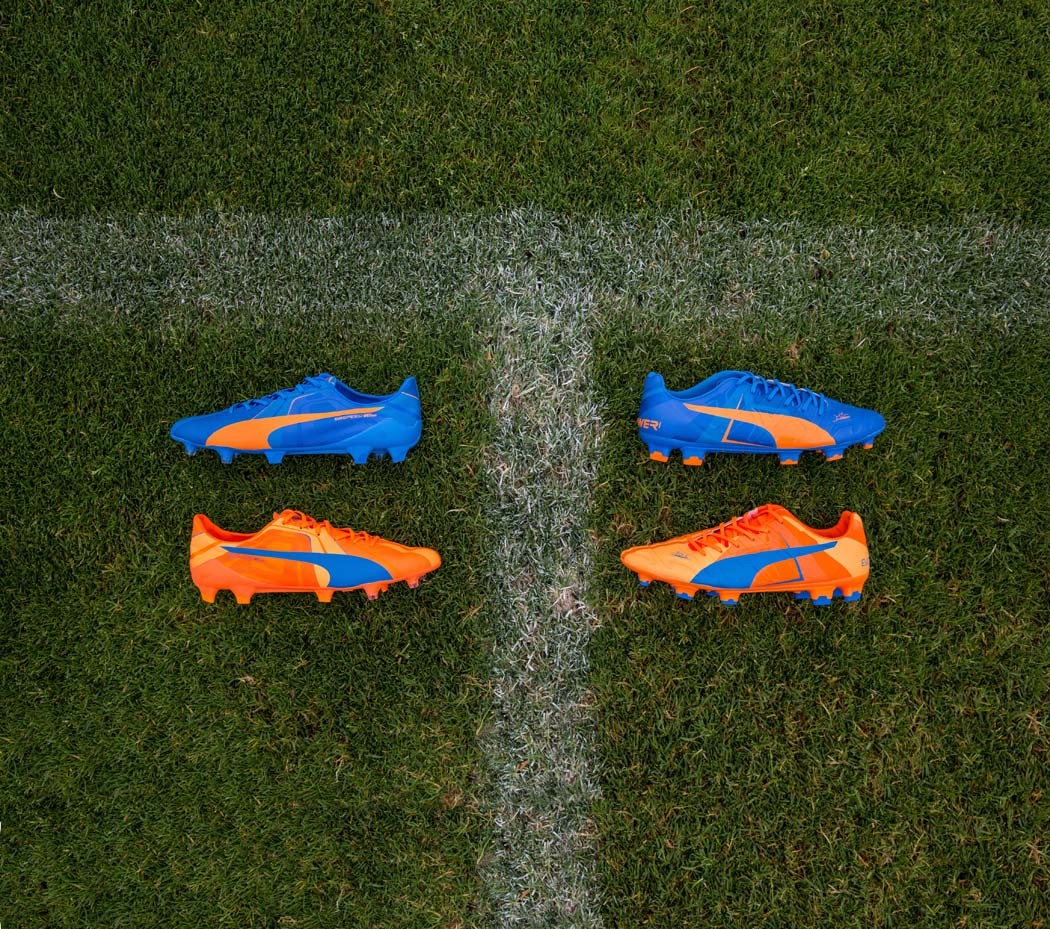 The new Head To Head Duality boots cements Puma’s use of the two-differently-coloured-boots concept, which was first introduced for the World Cup in 2014, and then again through a special edition Arsenal FC boot.

Sergio Agüero, has been made captain of the PUMA evoSPEED team and said about the challenge:

“There is no way we will lose against the evoPOWER team. Our team includes sensational players such as Falcao, Reus, Verratti and many more. And me of course. Seriously speaking, I will try my best and hope I will score some goals for my team.”

“evoPOWER players use the boot to help their accurate and powerful style of play, and we hope to live up to this reputation. Maybe we won’t score the most goals, but I am sure that with players like Yaya Touré, we will gain many points through completed passes and some beautiful assists. I am up for the challenge!”

Availability: On sale from 25th September 2015