Borussia Dortmund and PUMA release their brand new home kit for the 17/18 season.

When you think of BVB and that big yellow wall, you think one thing, emotion. For years now Dortmund fans have sent chills down the back of footballing fans with that giant yellow wall of passion and emotion. Some people say nothing compares to it, and we don’t disagree. PUMA have paid a nice tribute to the roaring supporters and use the tagline ‘Pure Emotion’ in the new kit launch. Weeks leading up to the launch, both PUMA and BVB called out fans worldwide to send their messages of motivation to the team. Players then chose their own personal favourite message submitted by the fans, and wore them during the live kit launch event. 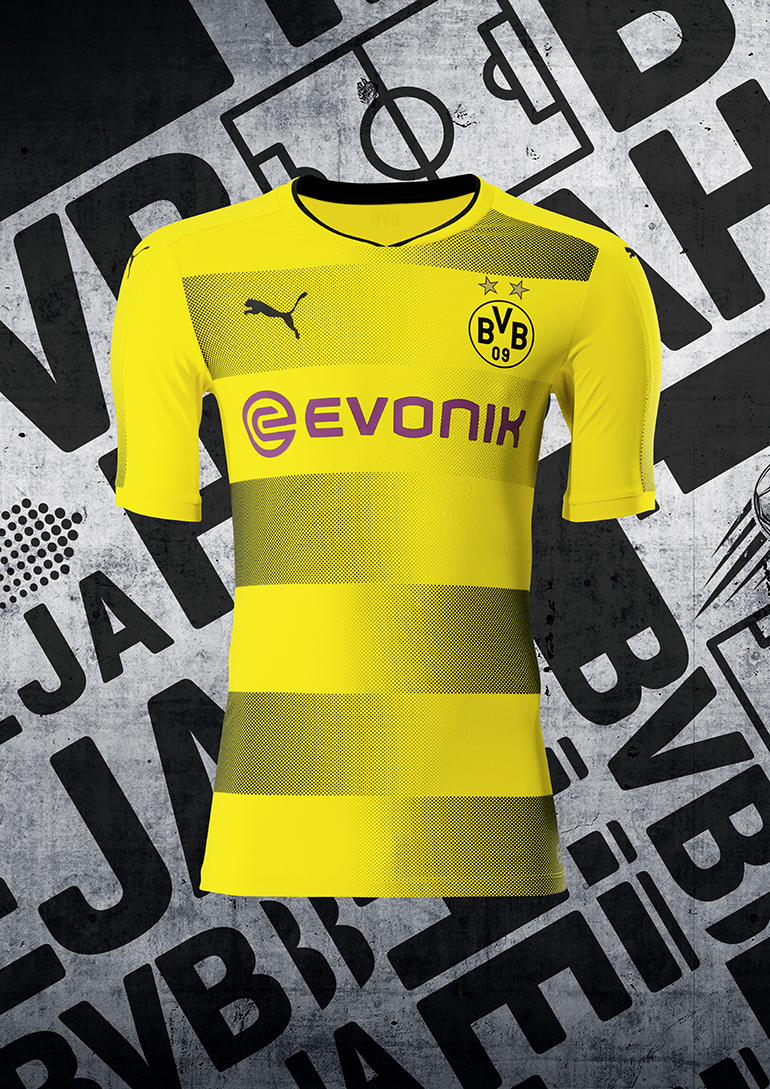 The messages will also be displayed at the cup final in Berlin, arguably the most important last game of the season. We’ve been huge fans of the BVB kit down the line, with puma constantly sticking with the yellow and black striped jersey, becoming very popular. The years kit still holds those colours, but with a twist. The black horizontal stripes have now been created in a vibrant colour gradient form black to yellow, providing stunning visual highlights. the design also carries the gradient into the shoulder area, topped off with a nicely contrasted black ribbed collar. 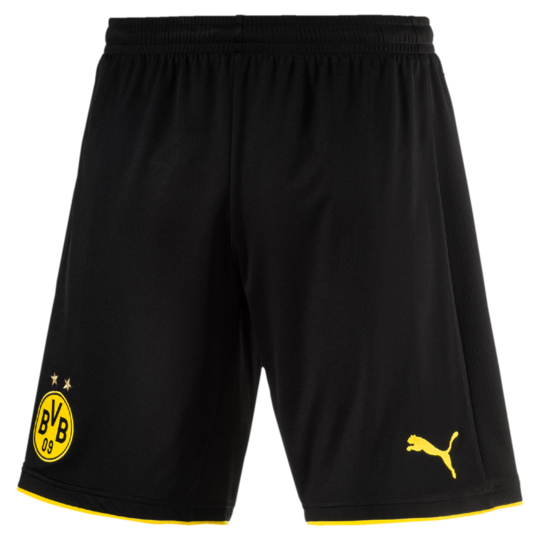 The BVB emblem and PUMA cat logo are printed on the front of the jersey, while the classic “DORTMUND” lettering is featured on the back. The shorts are in the classic black colour with a neat yellow cut at the bottom. Fans favourite Marco Reus expressed his views on the new jersey:

I like the new design that PUMA has developed. The horizontal stripes with the color gradient are really cool. We want to celebrate a terrific end of the season with the new jersey and then we want to attack in all competitions and celebrate great successes in the new season

Written By
Josharkon
More from Josharkon
Manchester United bring back the bold graphic pattern of old with the...
Read More