To mark the launch of their very first range of Arsenal kits, PUMA are rolling out a special edition run of ‘Tricks’ football boots in the colours of the famous London club. 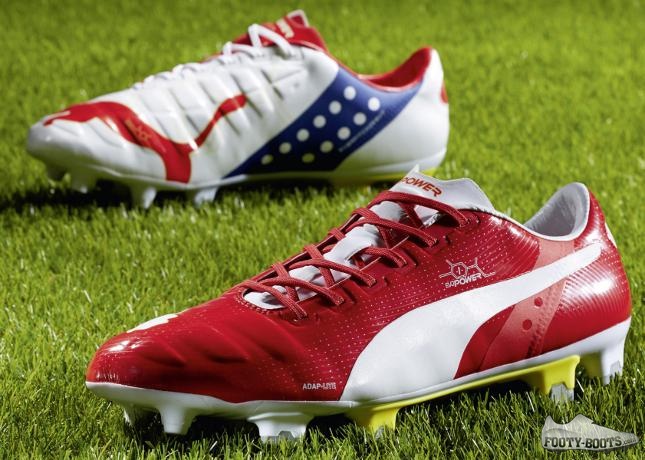 That means you can expect to see Santi Cazorla, Olivier Giroud and Mikel Arteta in the evoSPEED, and Tomas Rosicky and Mathieu Flamini donning these colourful evoPOWERs.

After lighting up pitches at the World Cup, it’s fun to see Puma carrying on the ‘Tricks’ idea into the new season, especially to mark out a special occasion like their first Arsenal kits. 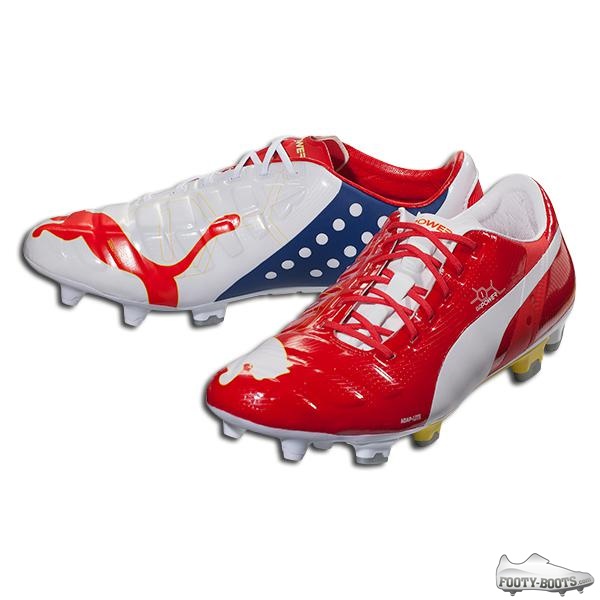 Available on both the evoPOWER and evoSPEED models at selected retailers, the  PUMA Tricks Red/White edition football boots also introduce us to the evoSPEED 1.3.

In an unorthodox – but not unusual  for PUMA – move, these fully-fledged evoSPEED 1.3’s aren’t exactly Camo’d up like the usual pre-release teases, but frustratingly we still don’t know much about them.

At a glance, mind you, we can see that the soleplate looks to retain much of it’s usual tech, but the upper’s everFIT cage seems to have move to the outside of the boot.

And that’s to say nothing of the PUMA wordmark on the instep being made up of smaller prints within it’s design for clear point of difference to the last model. 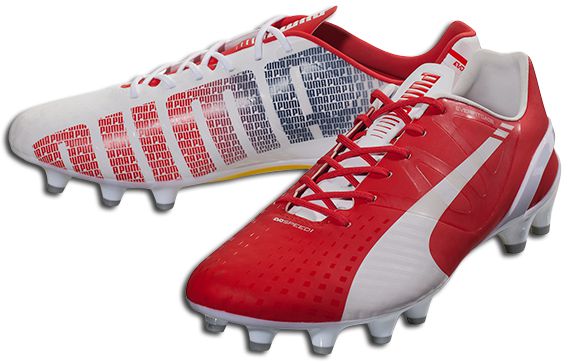 Obviously a must for die-hard Arsenal (and PUMA) fans, we want to know will anyone else be picking up a pair of these football boots?

Let us know your thoughts on the  PUMA Tricks Red/White editions, in the comments below!

Written By
Kyle Elliot
More from Kyle Elliot
We've teamed up with Warrior Football to give away one of the...
Read More