Since the white kit was introduced as an alternate colour in 1910 by AC Milan, the kit has been chosen on numerous finals including Champions League finals, FIFA World Club Cup finals, and many other major finals, earning the nickname ‘The Lucky One”. 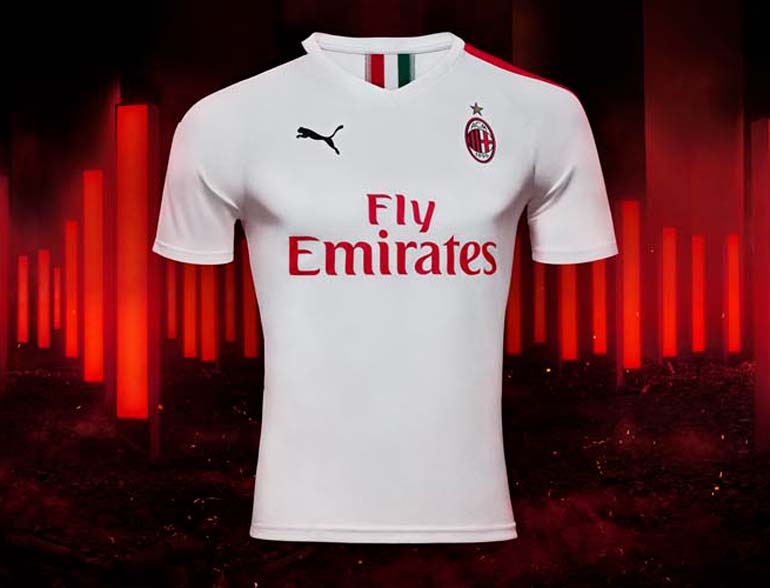 PUMA AC Milan’s away kit is inspired by the classic design, remaining clean and pure with white being the predominant colour, the shoulders having red and black stripes on them in a way the same as the new Borussia Dortmund shirt but with different colours obviously. The main sponsor Fly Emirates is in red beaking a little of that strong white colour.

The back tape on the AC Milan shirt has the three colours of the Italian flag green, white and red. It can be seen from outside as well as on the inside collar. 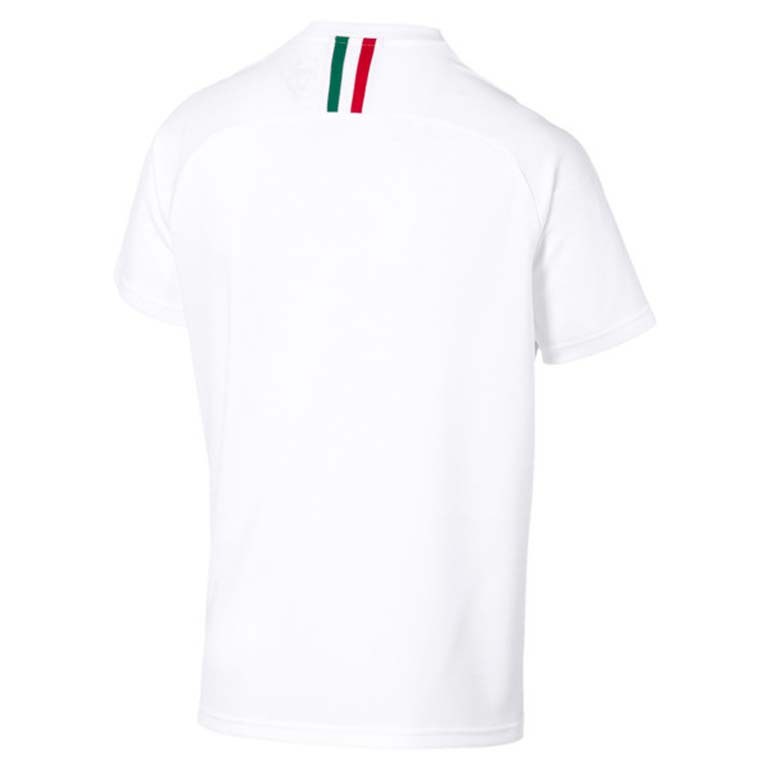 The kit finishes off with white shorts and white socks with black and red hoops above the chin with the letters ACM on one side and PUMA logo on the other.

The new shirt will make its debut on the 28th of July, against S.L. Benfica in Massachusetts during the club’s US pre-season tour.

Written By
Jullius
More from Jullius
adidas in collaboration with Paul Pogba to create the Season 6 Predator...
Read More