AC Milan will celebrate its 120th anniversary 13th of December 1899. The club was founded by Englishmen Alfred Edwards and Herbert Kilpin. 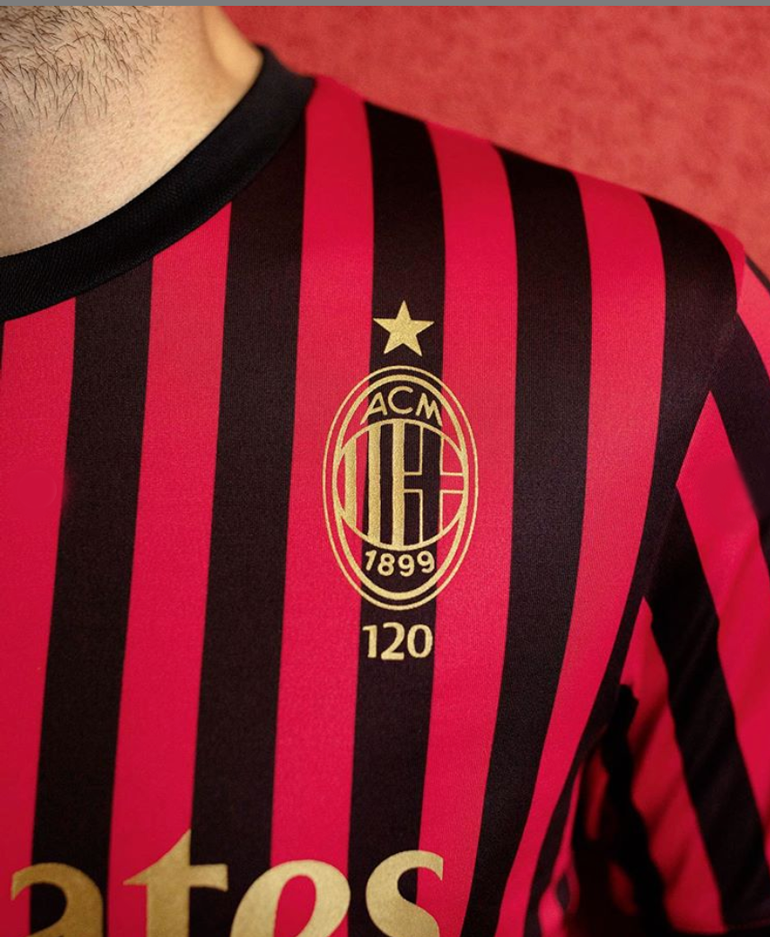 The Milan 120 Years shirt features the same stripes as the 2019/20 shirt but with all logos more centralised and in gold, with the main sponsor the Emirates sponsor was altered to “Emirates – Fly Better”.

A subtle, monochrome version of the club badge is used for the Milan 2019-20 120th anniversary football shirt, with ‘120’ written below it. At the back of the shirt, the year the club was founded 1988 is displayed together with 2019 and the devil’s logo in the middle. 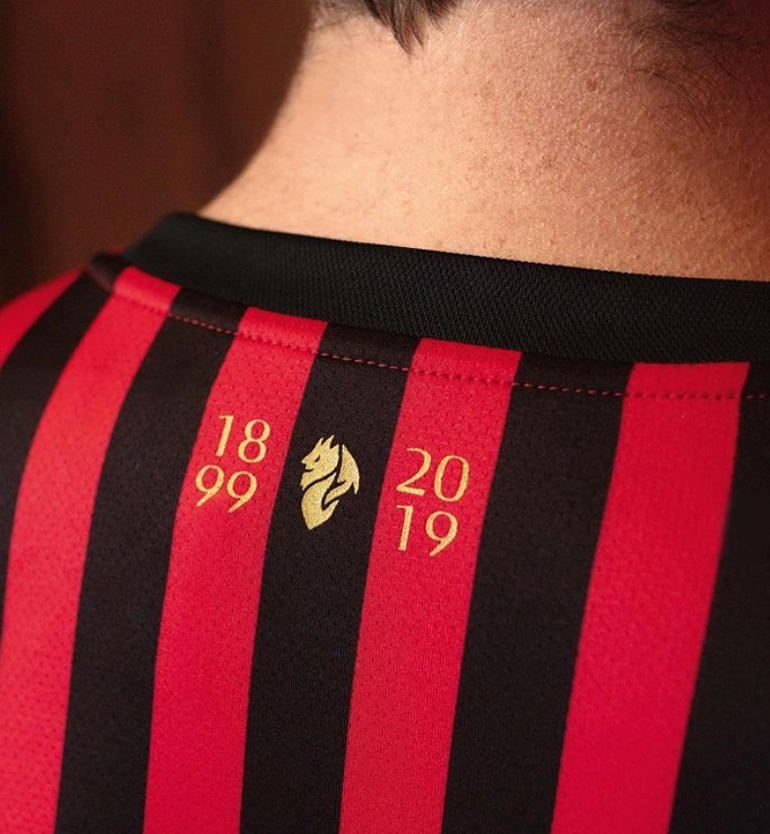 The famous words of Herbert Kilpin (“We will be a team of devils. Our colours will be red like fire and black like the fear we will invoke in our opponents.”) are printed inside the stripes on the bottom left of the PUMA AC Milan 120 Years shirt.