Way back in March, we revealed that Nicolas Anelka would soon be making the switch to Puma’s latest boot, the PowerCat 1.10.

And then we waited.

And we waited some more. 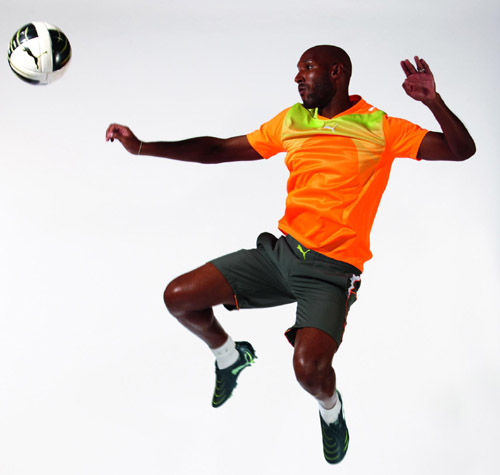 While we were waiting, Puma even started releasing promotional images of the man himself wearing the Powercat 1.10!

The seemingly superstitious striker persisted with his trusty v1.10‘s – but just as it looked like the France international wasn’t going to be donning the new Power Football' Boot in time for the end of the season, Anelka made the switch this weekend as Chelsea were sunk by Tottenham.

Keen spotters will also have noticed Anelka was also debuting a new colourway; this black model features an almost flame-like fade of Red, Orange' and Yellow.

Many believe that these boots are the first of Puma’s new ‘Tricks’ range, that will be a series of exclusively-coloured Football' Boots; possibly including a v1.10 Tricks, in addition to the rumoured PowerCat 1.10 Tricks that you see here.

What do you think of this new colourway?

It’s definitely something radical from the German brand, but with murmurs of Nike equipping the Elite players at the' World Cup with something special and adidas launching a new f50, is this' going to be big enough?

Let us know' in the comments!