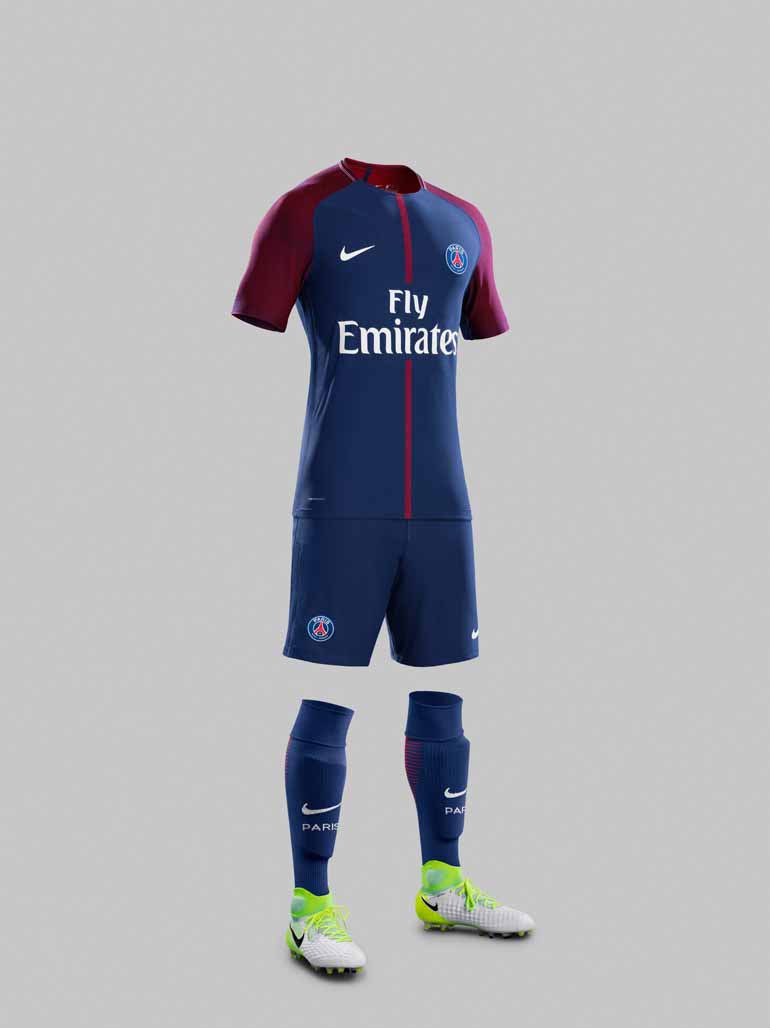 The design is highlighted by the shirt’s midnight blue torso with reinvented club stripe — a thin linear red chevron running from top to bottom.

Detailing inspired by the club’s history and culture is evident on the collar, partially defined by an elegant red, white and blue stripe around the neckline, and embedded with the word “Paris” at the back.

On the inside of the shirt, the words “Ici C’est Paris” remind of inner club pride.

The shirt is finished at the shoulders with a fusion of red and blue.

The sides of the kit feature a blue stripe that runs the length of the shirt and shorts. Expanding when the player is in motion, the stripe maximises ventilation and reveals an underlying white layer. 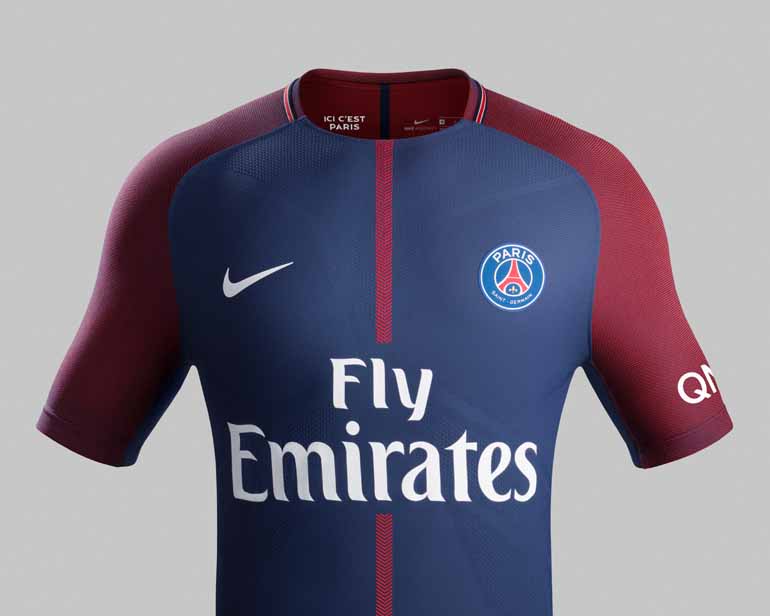 Blue socks, feature “Paris” in white on the front and a distinctive red linear graphic on the back of the calf, showcasing the club’s traditional secondary colour and accentuate speed.

–          The fit and feel is characterised by the shirt’s engineered knit zones, creating a subtle geometric pattern that enhances fit for the athlete in motion.

–          The sides of the kit feature a blue stripe that runs the length of the shirt and shorts while blue socks, incorporating Nike Grip technology, feature “Paris” in white on the front of them.

Edinson Cavani, PSG’s striker, who has scored 49 goals in all competitions during the 2016-17 season including claiming top honours in the French league (35 goals)

I am proud and excited to pull on the new team shirt. I am always hungry for goals and looking forward to winning games next season.