As we know, winter’s in full swing – and long range forecasts up and down the UK seem to predict that the weeks ahead are saving the worst of their weather for Saturday and Sunday.

So how do we put the odds back in our favour? And how do we make it more bearable to get out of bed and onto the pitch?'  All the big manufacturer’s are telling us that baselayers are the answer to both those questions.

For the past 3 months I’ve been testing the 3 of the premier ‘layers from three of the biggest players in the market. 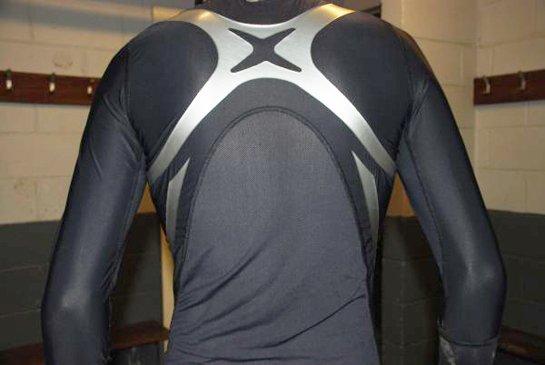 adidas Techfit offers, of the three on show, the longest sleeves, and a round neck for optimal comfort as it’s completely unobtrusive. The torso area is tight where it needs to be down the sides and looser towards bottom which means it’s a little easier to tuck into shorts than the other two layers.

The unique selling point of the adidas model is PowerWeb across the back, which adds compression on shoulders, and works with muscle groups in that area when sprinting. Which, in truth, you can feel stretching and retracting across your back, but I’m not sure it aids performance.'  All the stitching is tapered to the outside of the garment, meaning the ‘irritating’ part of the thread doesn’t rub against the skin. 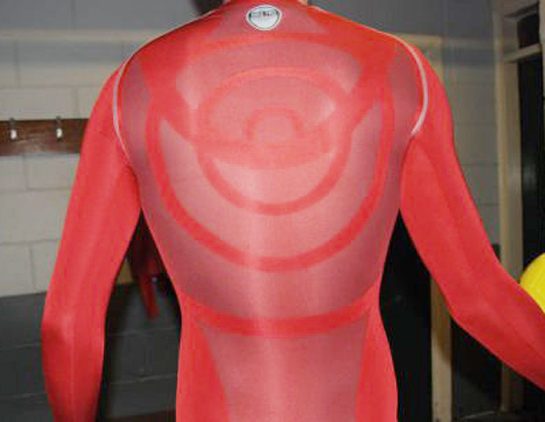 The Nike Pro offers a tighter fit, designed to act more like a second skin. If you usually find products like this a little too tight it’s well worth might be worth considering a size larger than you might usually wear as it can feel a little restrictive across the chest.

In comparison to adidas’ offering the NikePro is slightly shorter in the sleeves, which keeps it ‘hidden’ under a long sleeve shirt. Another classy feature of the NikePro is the slight v-neck which, again, keeps it at a low profile on most shirts. The construction on this top is second to none, the vents and the rest of the shirt interact seamlessly, like they’re melded together so any potentially irritating stitching is kept to a minimum. The one criticism is that it is a little tight across the chest, but as I said before, this more a sizing issue than anything else. 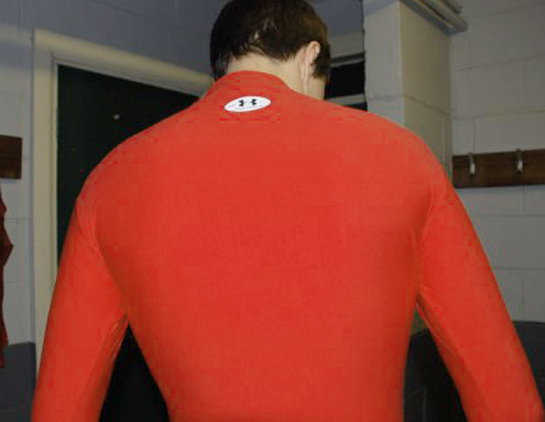 Under Armour’s ColdGear Mock offers something fundamentally different in design to the previous two; rather than the sleeves being cut around the shoulders and armpit the cut of the sleeve is off the shoulders (just above the bicep) this means it doesn’t feel as tight across chest.

Sleeves are similar to the adidas, enough to pull slightly over your hands for extra warmth! Other than that, this top is supremely comfortable, no vents means no stitching and the polo neck collar is a very welcome addition to the design.

You might think this is unimportant, as baselayers are usually under your shirt! However, if you’re like me and enjoy attention to detail you’ll appreciate the extra time spent on design. Besides, what player doesn’t want to look their best when they whip off their jersey after a hard fought 1-0 victory and wink at the opponents watching girlfriends? Or in my case, when I rip the shirt off and throw it to the floor when I’m subbed! 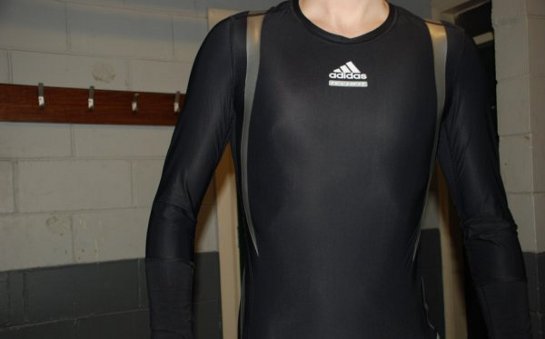 Subtlety is the name of the game with adidas’ model. The black and silver colour scheme looks very futuristic and slick, the silver elastic is like liquid metal running across the Powerweb. There’s a nice piece of branding in the middle of the chest which follows the simple colour scheme, and some intricate detailing on the vents on the small of the back and under the arms.

Meanwhile, in stark contrast to adidas’ subtle German functionality; every vent on the NikePro Baselayer has been stylised to excess – making the most simple sweat-hole into an unholy combination of cyborg and tribal tattoo! As mentioned before, the V-Neck is a great touch and always looks classy. 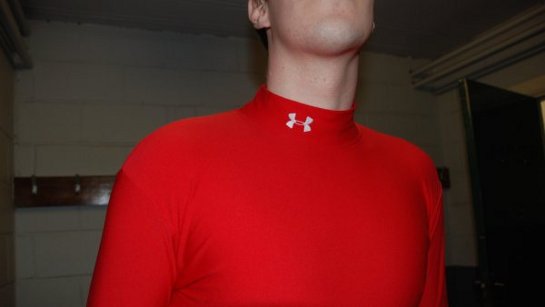 And at the opposite end of the scale the Under Armour design team have gone for very, very, simple. Due to it’s primary focus being to keep you warm, it doesn’t have any vents to style or be clever with. The best (and only) piece of design work comes from the placement of the logo on the polo neck – which not only looks nice, it’s a pretty clever place to put it when you think about it!

In keeping with the liquid metal of the Powerweb, I cannot begin to explain how weird the material that adidas have used is! When you pull it out of your cupboard on a morning, it’s genuinely cold to the touch, like mercury is running through the threads. As you could probably guess, it does take a little while to warm up, a little bit like a super-thin wetsuit. But when playing on a hot day, there’s very little friction between the material and your skin, so it’s great for keeping you cool and taking sweat away from your body. 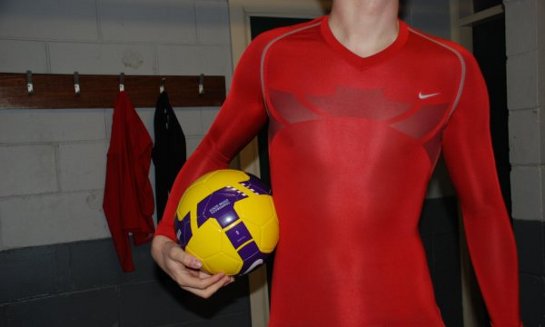 Despite the futuristic styling, there’s a more traditional ‘fabric’ feel to Nike’s effort, meaning it’s slightly better for both hot and cold weather. Whereas adidas clearly aim to lower your body temperature, the NikePro aims to maintain and regulate your skin, using the vents to cool when you’re too warm and the fabric warm you when you’re too cold.

Finally, I hate to gush on about the ability of a product, but in the days of a spandex pair of pants claiming that they can ‘accelerate sprint times by 1.1%’, when you come across a product that ticks all the boxes of what it sets out to do, you’ve got to respect that. The ColdGear Mock will really do the job when it’s a freezing Sunday morning – despite not having any vents the temperature regulation capabilities are very impressive.

Somehow, I can run myself ragged for 90 minutes and not feel like I’m overheating in this top, and I’ve tested this in temperatures from 2 degrees Celcius to 12 and consistently been impressed, barely noticing the top was there. 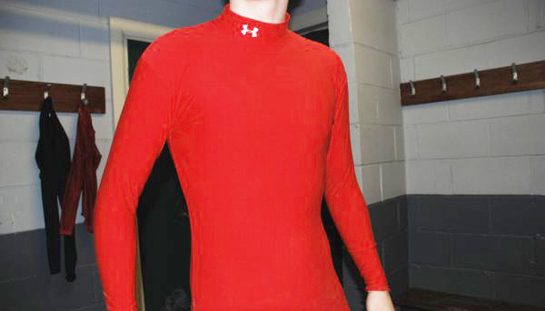 “UA practically invented the trend of baselayers in field sports”

Among these 3 base layers, there’s definitely something for everyone. If you find yourself overheating on the pitch or tend to play in warmer weather, the NikePro or adidas models are a great addition to your kitbag.

If you prefer to have a feeling of compression, and the feeling of the baselayer working with your shoulder muscles then the adidas Techfit’s PowerWeb is a great piece of kit. Whereas if looks and attention to detail are your thing, you’ll probably take great pride in donning the NikePro live before taking to the pitch.

But if you’re currently plying your trade in the northern hemisphere, the Under Armour ColdGear is probably sounding the most appealing. And rightly so!

Particularly impressive is the lining of the baselayer – rather than a single layer of lycra, or other elastic material, there’s also a thin layer of brushed, or loose, fabric that serves two purposes; firstly it wicks away sweat from the skin – and secondly it traps heat close to the skin.

UA practically invented the trend of baselayers in field sports – and with their expertise they’ve had plenty of time to craft a great bit of kit in the ColdGear range.

Written By
Felipe
More from Felipe
Cristiano Ronaldo gives his new boots the perfect debut with an audacious...
Read More