Good news for all you Pro Evo players out there! Nike are bringing their newest football boots to Konami’s latest in the classic franchise. 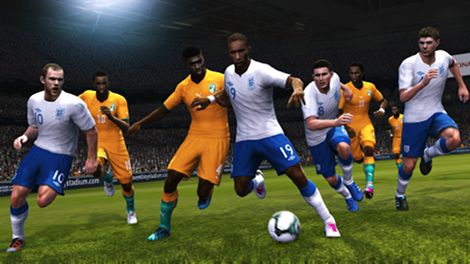 Whilst the Pro Evolution Soccer team have included a huge variety of authentic football boots in the 2011 edition, we know you Footy-Boots.com readers will be aching to have your Pro’s wearing the most up-to-date footwear possible.

And this year it’s easier than ever, coming as a completely free piece of Downloadable Content (DLC), you’ll be able to get your mits on an update that brings the Voltage Cherry Superfly II, Platinum Orange T90 Laser III, Cream Tiempo Legend III and the Sapphire Blue CTR360 Maestri to your players feet!

It’s not just the new football boots that you’ll be getting in this DLC though – you’ll also be getting some new and updated Kits, including the new England Kit, and updated kit for the Ivory Coast. 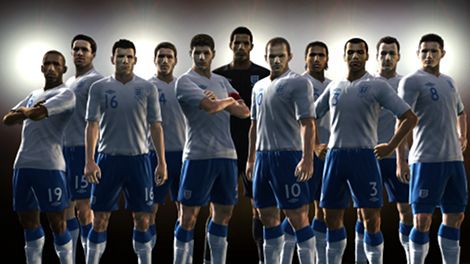 Oi! Digital Jame-o! What’re you doing back there? What’ve you done with Joe?!

This free download is available to gamers on the Xbox 360, Playstation 3 and PC (though we’ve no doubt that you PC gamers have been using modded skins for a while now anyways!)

It’s interesting to see Nike & Umbro getting involved in the downloadable content for Pro Evo – when we spoke to the developers of FIFA 11 back in August they explained that it’s the brands who make the decision of whether to update the game with their new football boots, not just the developers.

adidas whipped up some great digital football boots for the FIFA World Cup game back in the summer, pledging their alliance to the FIFA brand, so we’re happy to see that Nike have followed suit and are providing PES with up-to-date boots!

Written By
Kyle Elliot
More from Kyle Elliot
We catalogue 50 years of kit history, with our favourite of Umbro's...
Read More