The majority of top flight games may have been called off this past weekend because of the big freeze, but that didn’t stop our ever industrious boot spotters from checking out what was being worn at Premier League grounds around the UK. 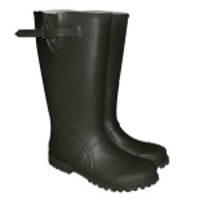 Not even the presence of Hull City boss Phil Brown could save this match. It was hoped that the heat emanating from his perma-tan would melt the snow at the KC Stadium but no such luck.

Still, we managed to spot these adidas welly-Pure II’s. Note the absence of any technology whatsoever.

As worn by – That little bloke off Last of the Summer Wine. 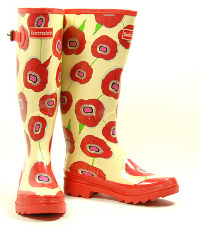 No joy either at Turf Moor where Burnley were due to play their first match since the departure of manager Owen Coyle to Bolton Wanderers.

However, there was still plenty to interest our intrepid spotters who were very excited to spy these limited edition Lotto Welleggenda Due’s bearing a poppy motif in an interesting Red / Green / Whoopsy Yellow colourway. 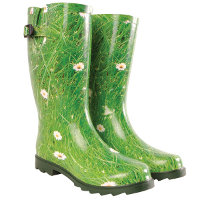 The icy chill blowing off the River Thames put paid to this game but, as you will appreciate, with Craven Cottage being so close to the Kings Road there was still some quality fashion footwear to see.

Our boot spies favourite was this pair of Puma Camo Field-Konstrukt III’s. Perfect for a summer knock-about, they looked strangely out of place in snow covered South West London. 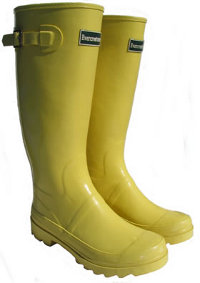 Another London game to fall foul of the weather was this clash at Upton Park. What was interesting here was the fact that Wolves manager Mick McCarthy decided not to bring his first choice boots, but decided on his second string pair. Is there a pattern developing here?

In the end, he settled on these all surface Umbro Speci-Welli-ali’s in Dijon Mustard Yellow. Strengthened by their unique L-frame, the upper is made from K-Rubber which gives him extra grip when kicking his defenders up the backside for conceding another soft goal.

As worn by – Mick McCarthy 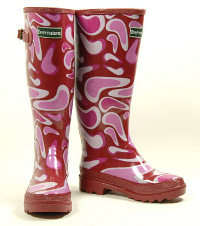 This highly anticipated clash between Liverpool in 7th and Spurs in 4th will have to be re-arranged despite the pitch being playable. Police and officials were concerned about the icy conditions around the ground not to mention in the Liverpool boardroom. “It was cold enough in there to freeze the club’s bank accounts” said a random bloke we met.

On the plus side, our trip to Anfield resulted in us getting a glimpse of these Nike Vapor Welly-Berry’s in Red / Two-Tone Pink.

Using a bad LSD trip as their inspiration, it’s thought that only one player in the entire Premier League will be brave enough to wear them.

As worn by – Nicklas Bendtner.

Did we miss any? Perhaps you may have seen something similar being worn at the weekend or, better still, are there any football boot names that lend themselves to this type of footwear. Let us know by commenting below.