The debate surrounding lightweight football boots and their connection to metatarsal injuries has flared up again in the worst manner possible as QPR boss Neil Warnock brands them ‘Stupid’, following an injury to DJ Campbell. 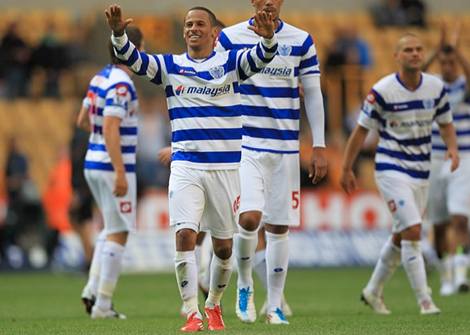 The former Blackpool hitman was sidelined from the Hoops’ 1-1 draw with Blackburn Rovers after suffering a suspected broken metatarsal in training on Thursday.

Queens Park Rangers’ outspoken manager commented on Campbell’s absence after the game, “It looks he has got a metatarsal problem so he could be out for a few weeks. I think it will probably be longer than four weeks and he might have to have an operation. We’ll know Monday. ”

Warnock then went on to criticise Campbell’s choice of footwear, “I think it is these stupid boots, they’re like carpet slippers.” 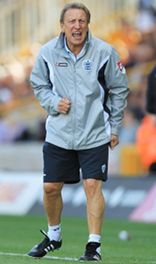 The former Sheffield United boss, who himself used to be a pacey winger in his playing days, went on to further slam modern, lightweight football boots in his post-match interview,

“Don’t talk to me about these boots. You can’t ban people if they prefer it, but I think they are absolutely stupid boots to wear at the level we’re talking about. They give you no support at all, but that’s football.”

Warnock wouldn’t be the first top-flight manager to criticise sub-200g football boots like the adidas F50 adiZero for injuries to the delicate metatarsal, as top gaffers like David Moyes and Sir Alex Ferguson have often pinned the blame on them for injuries in the past few years.

Interestingly, DJ Campbell has only recently switched football boots; playing most of last season in the CTR360, but changing to the adiZero early on this season. Even more peculiar, the London-born striker has played his last few games in the adiZero RS7 – the rugby version of the adiZero – which, in theory, offer more support than their footballing counterparts.

DJ Campbell joins the long list of English players to have suffered a metatarsal injury, including:

Where do you stand on the lightweight football boots debate? Are they a health risk? Let us know in the comments!

Written By
Kyle Elliot
More from Kyle Elliot
Luis Suarez is upping his value as both adidas and Warrior want...
Read More