Following its successful launch last week, some of the world’s top players got to try the Predator_X football boot competitively for the first time this weekend.

Here’s a few of the players we spotted wearing the new adidas footwear in Europe and beyond.

Leading the way for the German brand was Manchester United striker Dimitar Berbatov who cracked in a superb volley to set up the Premier League champions for a 2 – 0 win against Blackburn Rovers. Berbatov, who chose the Black / White / Red colourway was joined in the new boots by United team mates Antonio Valencia, Wes Brown and Anderson, the latter two going for the White / Brown / Yellow model. 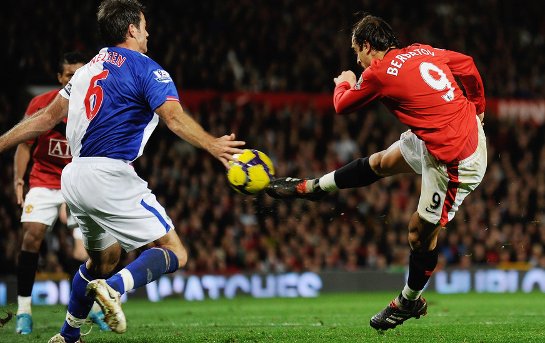 Berbatov opens the scoring for Man Utd versus Blackburn Rovers

Another Predator-X winner was Chelsea’s Michael Ballack who wore the white versions in Chelsea’s 4 – 0 drubbing of Bolton Wanderers at the Reebok Stadium but Dirk Kuyt and Andriy Voronin weren’t so lucky as Liverpool lost yet again, this time 3 – 1 away to Fulham. Meanwhile, James McFadden will probably want to forget his first game in the adidas football boots as he saw his penalty saved by Shay Given as Birmingham drew at home to Manchester City.

Raul gave the Predator_X an airing during Real Madrid’s win over Getafe while in Italy, Diego of Juventus also chose the new adidas boots though they didn’t bring him much luck as the Italian giants lost 3 – 2 at home to Napoli. 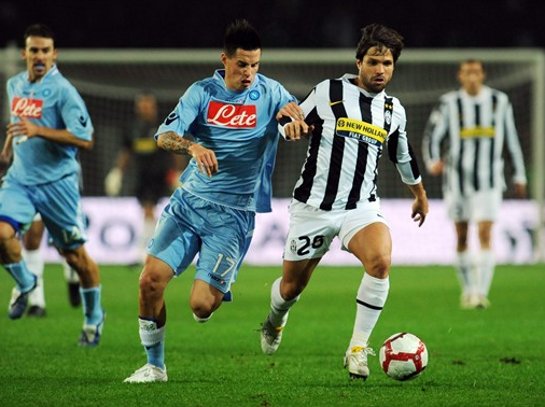 Diego in action for Juve against Napoli

The white versions were certainly the order of the day in Serie A. As well as Diego, other wearers included Cristian Brocchi and Stefano Mauri of Lazio, Philippe Mexes of Roma and Marcio Di Vaio of Bologna.

The French have obvioulsy bought a job-lot of the white boots as well such was their popularity during the match between Lyon at St Etienne. Ederson, Aly Cissokho and Fernadez Michel Bastos all wore them for the former champions while Gonzalo Ruben Bergessio also chose them for St Etienne. Interestingly, the yellow colouring must have caught the eye of the referee as Ederson, Cissokho and Bastos were all booked as was Bergessio! 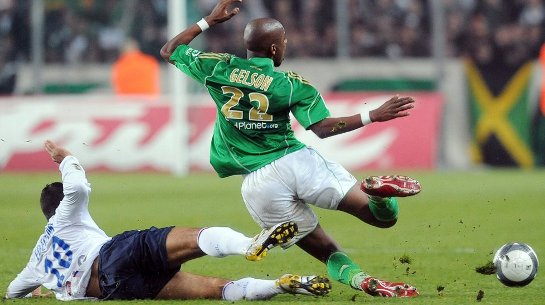 Yep, they work! Ederson gets stuck in against St Etienne

Further afield, Real Salt Lake’s Tony Beltran went for the White / Brown / Yellow colourway as his side recorded a crucial 1 – 0 win over Columbus Crew in the first leg of their MLS Eastern Conference semi final. 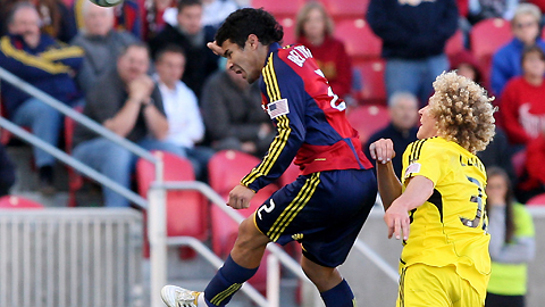 Another MLS player in the new adidas boots was none other than David Beckham. No standard colourway for him though, as you’ll see from our story here.

And the boots also got some international rugby union action too as Australia’s fly half Matt Giteau debuted a pair in the Black / White / Red colourway in the loss to New Zealand in Tokyo.

Who did you spot wearing the Predator_X this weekend? Let us know by commenting below.

Images courtesy of uefa.com and mlsnet.com