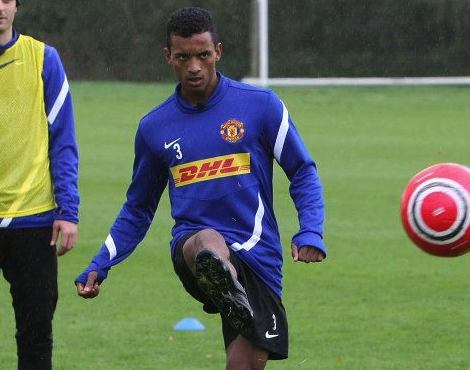 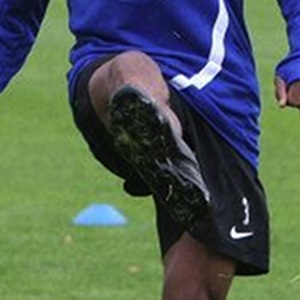 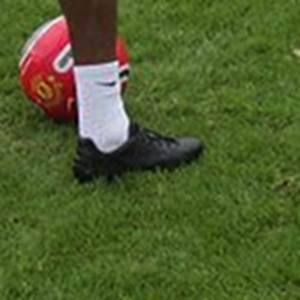 Ahead of the Manchester derby, the United winger took to the Carrington training pitch to join Dimitar Berbatov and Michael Owen in a shooting challenge to mark Manchester United getting 20 million Facebook fans.

Obviously Nani decided that this was a perfect opportunity to objectively test the accuracy of the new adidas Predator D5.

The Portuguese international took to the pitch in the black-out version of the latest Predator football boots, attempting to guide the ball through targets to score points against each other (the result is yet to be revealed!).

One photo in particular caused a bit of a stir in Footy-Boots.com towers, as we can clearly spy the miCoach pod from the new F50 miCoach on the underside of the new Preds.

We already know that the F50 and adiPure lines are set to get the miCoach package added to their already bountiful array of features, so it would only seem fitting that the new adidas Predator D5 would have it added, too.

Far from a one-off gimmick, it would seem that the adidas miCoach is very much here to stay in their range of football boots.

Does the idea appeal to you?

Written By
Kyle Elliot
More from Kyle Elliot
Competition Winner Andy gets to go head to head with some of...
Read More