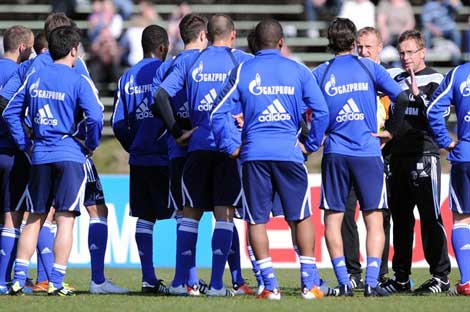 Whilst many players are away on international duty, Raul who hasn’t been selected for Spain since 2006, is no doubt preparing for Schalke’s forthcoming Champions League tie with Inter Milan. 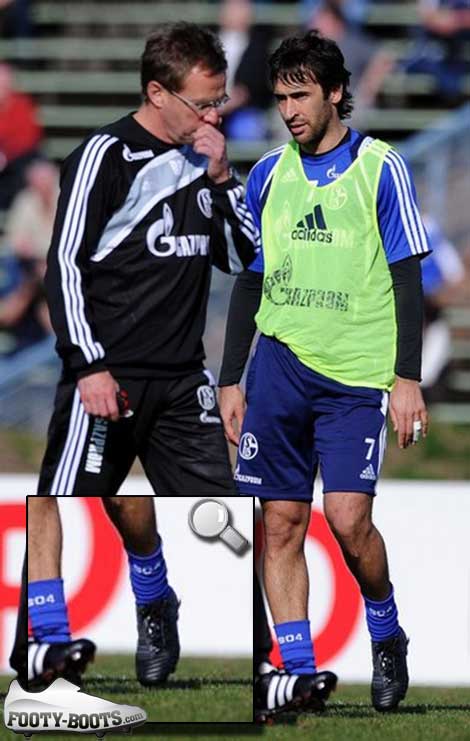 Whilst he gets to know his new boss at Schalke, Ralf Rangnick, Raul also gets to know the new adidas Predator adiPower, clearly visible in this shot in the blackout colour also seen on Stephen Gerrard recently. 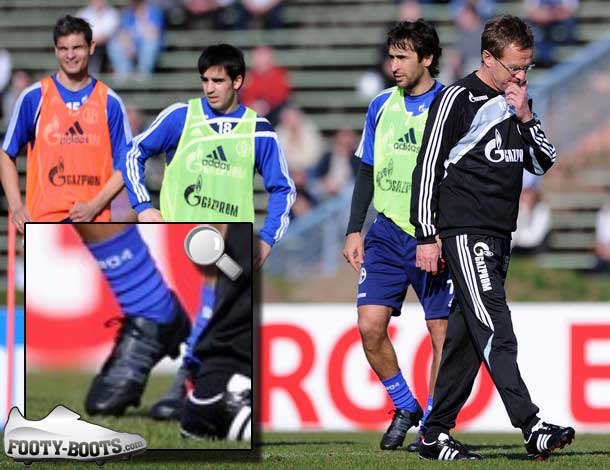 The Predator adiPower, which has now had more sightings than the common house sparrow, is yet to be released by adidas. However, we’re expecting to see this new Predator football boot come in lighter than any of it’s predecessors.

If you’ve seen something we should be reporting on, email us at [email protected]

Big heads up to the ever alert DDChile!

Written By
Felipe
More from Felipe
Arsenal are hoping to prise Mikel Arteta away from Goodison Park.
Read More