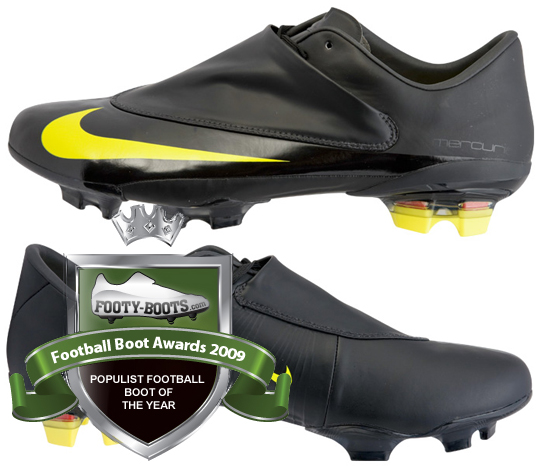 12 years back when the designers at Nike HQ decided to pour their energy into developing the world’s lightest football boot, there was only ever one player to wear it, Brazil’s Ronaldo – the original ‘Phenomenon’.

Nowadays the Mercurial Vapor V is associated with the Portuguese, World Player of the Year – Cristiano Ronaldo and of course the Footy Boots visitors who voted this the most Popular football boot of 2009.

As the world’s leading Sports innovation company Nike’s goal is to find way’s in which we can develop products that help athletes of every ability'  to reach the maximum potential. So to be called out by the users of Footy-Boots.com as having created the most popular football boot of 2009 is very cool.

Written By
Felipe
More from Felipe
Gary Neville and Paul Robinson have been selected for the first time...
Read More