Following on from adidas Pink adiZero & Jabulani invading the pitches of the MLS last month, the Football Association of Ireland has announced that the will be releasing a very special Pink Ireland Shirt to contribute some funds in the fight against Breast Cancer. 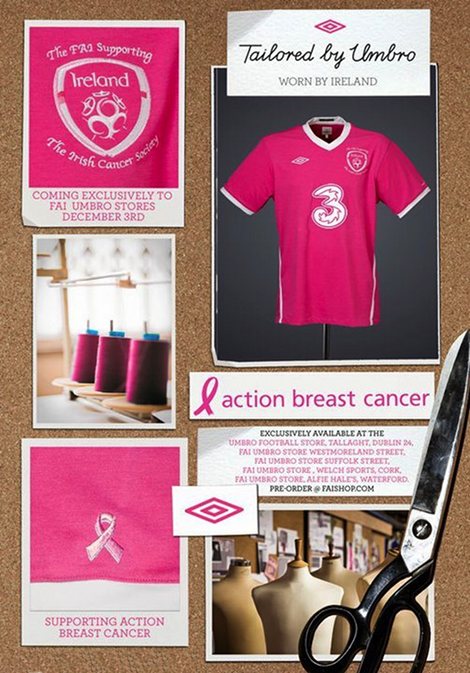 “The jersey features a special embroidery around the FAI crest and a pink ribbon on the sleeve.

The Irish Senior International Team sponsored by 3 mobile will support the cause by wearing the kit in the warm-up for Wednesday™s International friendly game against Norway at the Aviva Stadium.

10% of the retail value of each jersey will be donated to Action Breast Cancer, a programme of the Irish Cancer Society.” 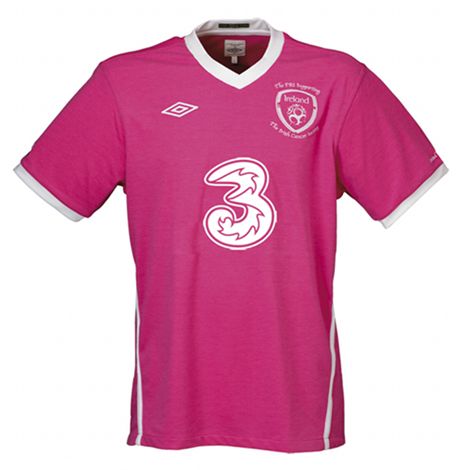 We’re big fans of limited edition releases here at Footy-Boots.com, they’re a great reason for fans to part with their money for a great cause, and it’s kind of fun to see brands a players wear something a little out of the ordinary (like the pink adiZero) to raise awareness.

As far as we know, this Pink Ireland Shirt might be one of the first International shirts to get behind a charity in such a visible way, with maybe the Puma Africa Unity Shirt the only other one coming to mind immediately.

What do you think of this release from the FAI?

The comments section below is the perfect place to get your voice heard!

LIMITED EDITION PINK IRELAND SHIRT, 8.7 out of 10 based on 31 ratings

Written By
Kyle Elliot
More from Kyle Elliot
Two of Bayern's best-known adidas stars get their feet into something new,...
Read More