As England has moved on from the ‘Golden Generation’, a lot of positions on the pitch have come under scrutiny. However, few concerns have been raised over centre back with a perhaps under-appreciated crop of ‘typically English’ defenders rising to meet the challenge.

Meeting that criteria is Phil Jagielka, powerful in the air and happy at the heart of defense for both club and country, the former Sheffield United utility man has quietly become one of Roy Hodgson’s preferred defenders. We caught up with him to see how he’s finding his new position as Everton’sclub captain and his take on the new Berry Samba Pack Predator LZ.

Well obviously the first words that come to mind are ‘very pink’! There’s not been that many pink football boots out there and that’s the reason why adidas have decided to go down that sort of road – to stand out on the pitch and be nice and bright.

The way football boots are these days the colours are always very loud and this definitely meets that description.

As for the boot itself, I’ve been wearing the Predator for a little while now, so as far as how the boot will perform there won’t be any difference – just when I look down at my feet they will be a little bit brighter!

How much feedback do you get to give adidas as a professional player?

It’s difficult; when you look at how many players adidas have got on their books, it’s tough to take everyone’s comments on board – if they did they’d end up making about a thousand pairs of boots a season!

As far as colour schemes go, we don’t have a lot input into that side of things – that said, if there’s a colour a lot of players like, that gets taken on board and maybe you’ll see that brought back again sooner than you otherwise would.

But the bottom line is the performance, and if a boot is uncomfortable or perhaps doesn’t perform the way it should then the boys at adidas are always willing to take that on board and work around it.

As far as I’m concerned, I’ve yet to come across a bad boot and they seem to be getting better year on year so I’m more than happy to be wearing them.

How do you feel about boots like the Predator getting lighter?

You’re not getting that many pairs of leather boots nowadays, it’s a synthetic leather that makes the boot that little bit lighter and if you have the moulded (FG) version, there’s no metal in there either.

I like a light boot, and there are obviously lighter ones out there too like the F50s which are a little but lighter still. But that’s the way the game is going, it’s faster and the last thing you want is to feel like you’re running out in a pair of wells!

The Preds themselves are getting lighter and more comfortable and – for me – that ticks two massive boxes. 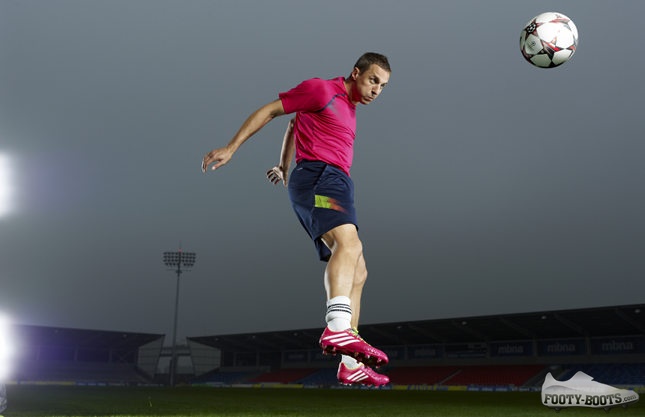 – Looking around the Everton Squad, are there any team-mates you can see coming of age at the World Cup?

It’s difficult, you always get a few surprise packages at the start of the season and it’s obviously tough for them then, to go on and keep that form up for the rest of the season.

I’m sure Roy Hodgson has his eyes on a lot of young English talent, but the one that we know the most about is Ross [Barkley], but we’ve got John Stones as well who’s done great things in the Youth teams.

Do you feel like the England Centre Back position is yours to lose for the World Cup?

No, not really! I’ve obviously played the last few games, but it’s so difficult. A title injury or a loss of form and there are great players vying for your position.

Has being made Everton’s club captain changed the way you approach a game?

It hasn’t affected the way I prepare for a game or my attitude towards anything. The major difference is more responsibilities off the field.

That’s obviously been made a lot bigger by the new manager and coaching staff coming in, which I knew a little bit about – being made captain then meant it was up to me to bridge the gap between the new staff and the players, which was probably a lot different to how it would have been had things stayed the same over summer.

It’s not been difficult, just something that’s new to me.

Any team-mates you don’t want to play against in the World Cup?

Not really! I find it amusing, you play against someone you now – these are the guys you play with every day and have a laugh with in training, but it becomes serious when you meet them on match day and you’re not on the same team.

I’ve had a few of them recently; Seamus [Coleman] and Naisy [Steven Naismith] came on for Scotland – it’s bait of strange one when you come up against them but it’s part and parcel of football.

I’d rather play against someone I know, where I’m aware of their strengths and weaknesses rather than a player that’s completely new – if anything it gives you a little bit of an advantage, potentially knowing what they might be thinking.

I think the obvious one is he wants to play out more from the back, which obviously puts a lot more pressure on us defenders to start the play.

Other than that, defending is still very much the same with the exception of corners and free-kicks which has altered a slight bit in terms of personnel. As far as defending goes, though, it’s pretty much the same job description.

Martinez has looked to play a 3-5-2 at times this season – is that something you’ve looked to perfect in training?

We have, we played a game against Juventus pre-season where we tried it out, and we’ve changed to a back three for the last twenty minutes of games on the odd occasion, so it’s something that he [Martinez] has got in the bag and we – with the players we’ve got – it’s an option that the manager has got as and when he sees fit.

Written By
Kyle Elliot
More from Kyle Elliot
The final Weekend Review of the Premier League season looks back on...
Read More