Whilst not the first South American team you’d think of in terms of footballing prowess (Or the second, or the third…) los equipos Incas have to be one of the best-dressed teams in the southern hemisphere – a reputation likely to be enhanced by the Umbro Peru Home Shirt 2012-13. 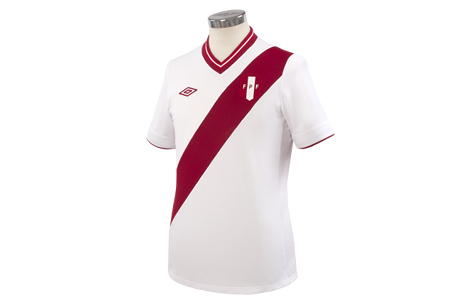 Ever since Umbro took over supplying the kits to the Peruvian National Team in 2009, the kits have gone on to have a surprising level of cult success amongst fans around the world.

Umbro have definitely found form since their first retro-inspired England shirt in 2009, and the old-school ‘tailored’ approach combined with the clean Red-and-White of the Peruvian flag seems to strike a chord with footy fans from any corner of the globe. 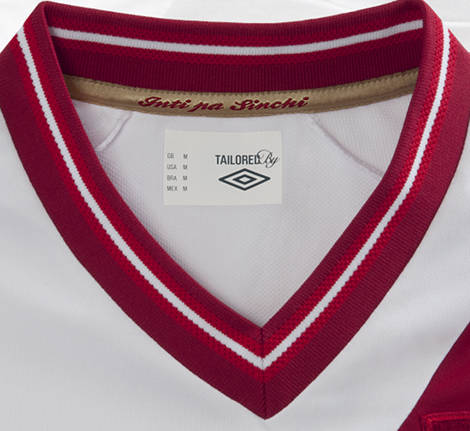 With their qualification fixtures for the 2014 World Cup set to begin once again next month, Peru will be hoping that their players and fans will be inspired all the way to Brazil 2014 by the new shirt, which Umbro say combines the history of their nation and their heritage on the football pitch to create a shirt worthy of the modern game. 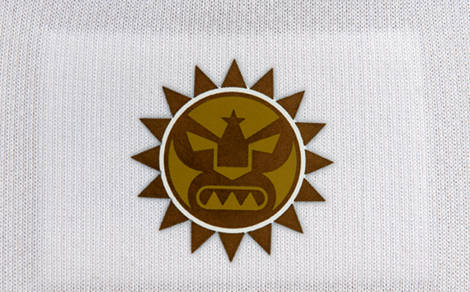 The white shirt features the red sash across both the front and back of the shirt, an iconic part of Peru’s football shirts for a number of years. The shirt also features a sun symbol embroidered on the back of the neck, a subtle reference to the ancient civilizations that were the founding fathers of what is known as Peru today. 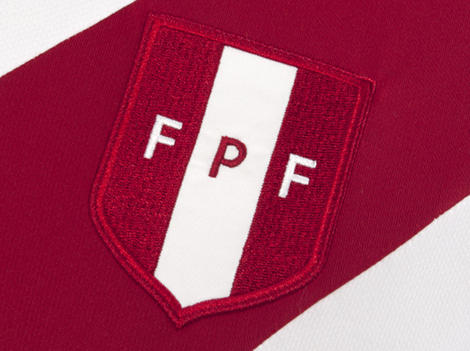 The shirt, which is crafted from a comfortable and lightweight cotton/polyester blend, also features a ribbed red and white striped v-neck collar, offering comfort and movement to the wearer.

Overall, the shirt continues a fine series of designs that Umbro have tailored for Peru, and we’re sure the team will look smart when they step out in the new kits for their game against Venezuela on 7th September. If we hear of any ways that you can purchase the new shirts here in the UK or in Europe, we’ll be sure to let you know!