After tonnes of you took the time to drop us a note about it on Facebook and Twitter (thanks, by the way!), it looks like Pepe has made his boots deal with Nike official. 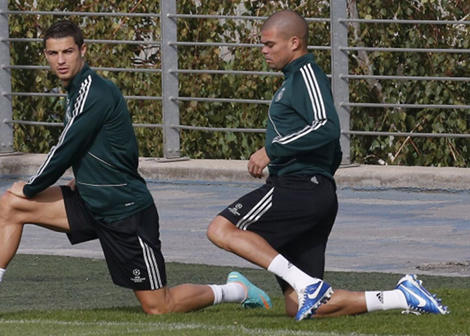 The combative defensive player was spotted last weekend in the Nike Tiempo Legend IV in the new Soar / White colourway, and continued to wear them in the Champions League in midweek.

Reports from Spain this morning are all announcing that the switch isn’t just a temporary fling, but a full-fledged new contract for the Real Madrid star with Nike on a multi-year agreement.

The news comes as another blow for Umbro, who have seen several high-profile departures over the last couple of months. After opting not to renew controversy-courting John Terry’s boot deal in Summer, Umbro have also seen Gary Cahill move to adidas and Gael Clichy switch to Puma.

As a now-former of Umbro’s' classically-styled Speciali range, the switch to Nike could be seen as another instance of asset-absorption by Nike who are in the process of selling the British sports brand – just as they’ve taken over the technical supplier deals of both Manchester City and the England national teams.

An adidas-sponsored club, Nike have made headway in acquiring players in the ranks of the Bernabeu with Pepe becoming their 6th, joining' Cristiano Ronaldo, Sami Khedira, Luka Modric, Gonzalo HiguaÄ‚­n, Raphael Varane – though the American brand have recently seen Mesut Ozil opt not to renew his contract.

Pepe, who already had ties with Nike via the Portuguese national team, seems to be enjoying life in the Tiempo Legend IV, having already scored against' Deportivo de La Coruna in La Liga and played an outstanding game against Ajax.

Another good acquisition for Nike?