After a little bit of hype-building following the acquisition of FC Barcelona Number One Victor Valdes, Brazilian brand Penalty are finally reay to reveal their latest cleats – the Penalty S11 Pro! 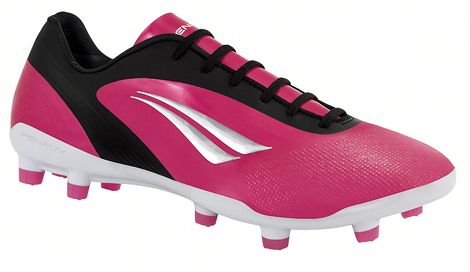 Launching in a two colourways; striking Pink / Black / White and the more traditionalist White / Black / Green, the  Penalty S11 Pro is a surprisingly competitive entry from the Brazilian brand into the hyper-competitive lightweight boots category.

Weighing in at 190g, the  Penalty S11 Pro is only fractionally heavier than the likes of the adiZero and Puma v1.11SL, and well below the threshold set by the likes of the Nike Mercurial Vapor and Umbro GT II Pro. 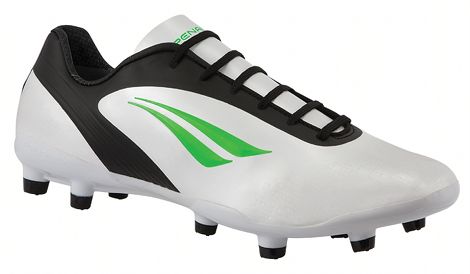 Comprised of a single-layer synthetic material that envelopes the foot, what sets the S11 Pro apart from the crowd is it’s stitch-less design. Whilst other boots use fabric stitching to hold the unit together, the Penalty S11 Pro uses a TermoTec thermal bonding process to hold the whole boot together – similar to many top-level match footballs. 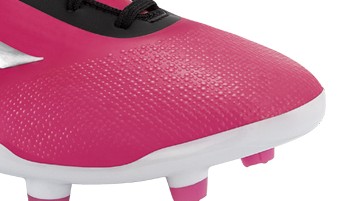 The upper also employs an Aracnun texture zone in the forefoot – this highly-resistant PolyUrethane coating improves feel for the ball through the toe and forefoot and increases friction and spin on shots and strikes.

On the chassis, the whole soleplate uses a unique blend of TPU and Nylon to produce the lightest undercarriage possible, without compromising durability.

Having been hyped up with a scannable PR Code on Victor Valdes’ Prototype pair, the Barcelona Keeper will be the lead ambassador for the range in Europe – having already adopted the White / Black / Green colourway as his own.

Following their hype and the short development time between these and the last Penalty S11, we’re more than pleasantly surprised with how they’ve turned out. A Sub-200g boot is a serious achievement on Penalty’s part, and the super-clean, stitch-less aesthetic makes it one of the best looking boots of it’s type.

What do you think of the latest Penalty football boots?

Let us know in the comments, or if you’re feeling less talkative, use the patented boot-o-meter!

Written By
Kyle Elliot
More from Kyle Elliot
Hart, Toure, Zabaletta and Richards are on hand to launch the new...
Read More