Never afraid to innovate, Pelé Sports found the gap in the market for a K-Leather speed boot, and attacked it with aplomb – but do they deliver on their promise of lightweight performance, durability and comfort? We find out…

The landscape of the ‘speed’ boot market has changed considerably of late. Whereas older Vapors and the like were a breeding ground for blisters and unwanted rubbing, the Vapor VIII and miCoach adiZero have helped to set new standards in this department.

Thankfully, Pelé Sports haven’t let their standards slip from the excellent synthetic 3E. The boot fits snug to the foot in such a comfortable way, you feel like you could play for hours. Straight from the box, no hocus-pocus or strange oven-based weirdness, the Trinity 3E K‘s gave me no grief nor blisters.

One thing to note is that lightweight performance boots are always going to sacrifice cushioning for a lower weight, so if you’re after a really supportive, padded fit you won’t likely find it sub 180 grammes. 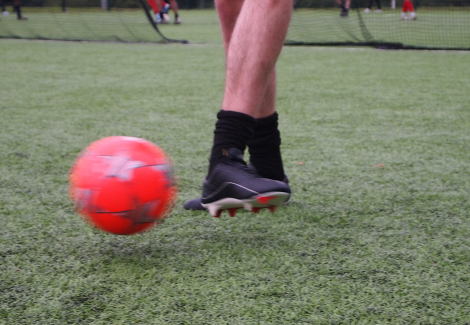 For this, it’s got to be said that I’ve not found a boot more satisfying lightweight boot to play in than the Trinity 3E K – they have that great ‘thin’ feel for the football that the Mercurial range has founded it’s name on, but they combine this with a frankly excellent K-leather upper that feels ultimately ‘safer’ than the synthetics .

Genuinely, hyperbole here is not used lightly. The Trinity has feel and touch down.

The only slight concern for the weekend footballer is one all lightweight ‘speed’ boots share: they are still thinner than the Puma King’s and Adidas 11Pro’s on the market, so if you value a thicker upper for protection, it’s not something you’ll find on these leather Trinitys. 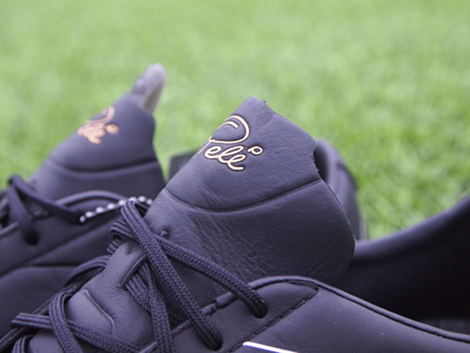 The Trinity 3E K‘s have a refined, understated look about them that the more sensibly-minded admire and still have a classiness that the pink boots brigade also approved of!

Subtlety is something that seems to be often overlooked in the speed market, and the nice touches such as gold tips on the ends of the laces and the bright red studs on the outstep are eye-catching enough. 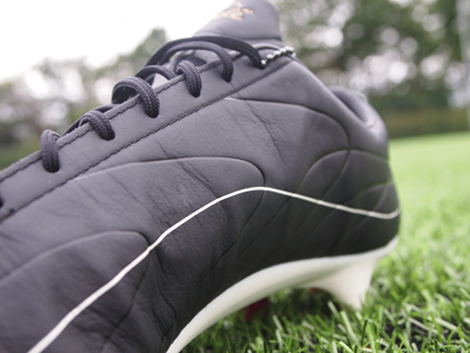 Pele Sports have gone for something a little more interesting than I’ve touched on so far – they are pioneering something they are calling ‘Titan Leather’, which uses ‘cutting edge tanning technology based upon titanium, solid state lubrication and military grade water-resistance processing techniques’.

What this all means to you and I is that we can expect dry feet even as it trounces it down during training or on game day.

Only time will tell if these hold up well, but after initial testing they certainly feel comprehensively more solid than other ‘speed’ boots out there. They are still leather, though, so you do need to make sure you take care of them all the same. 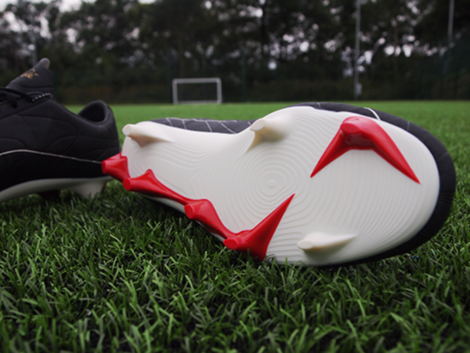 In case you can’t tell by now, I’ve been very impressed by the Trinity 3E K‘s for their overall performance. I’ve personally yet to play in boots of this standard of build, clever in their application of relatively original ideas in stud placement and in genuinely possessing a lovely feel for the ball at all times.

The stud placement is a little strange under foot initially, but as soon as you get playing you can feel the advantages in the way that there is a little more spring in your step and a little more sturdiness that they give.

But one of the best aspects is the lack of stud pressure; I wondered off the training pitch after roughly 3 hours of extended play without blisters, bruises, friction burns or sores of any kind. 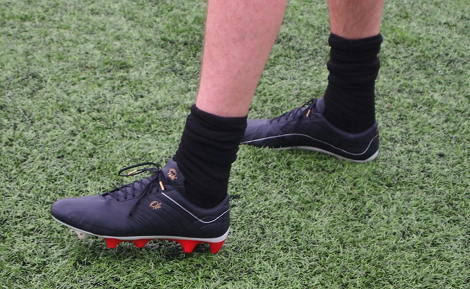 If there’s one sticking point for the Trinity 3E K, it has to be the price. Retailing for £194.99 or $229.99, Pelé Sports are putting themselves way above the ‘average’ price for a boot at the moment.

If there’s one thing that can be said, it’s that for a brand barely two years old, Pelé Sports have released two sub-200g speed boots, re-designed what we thought a soleplate should look like and brought more innovative leather treatments to the fore in 24 months than some brands do in a lifetime.

That sort of R&D doesn’t come cheap, so these are as much an investment into the future of innovation from Pelé Sports, as they are a quality pair of football boots. 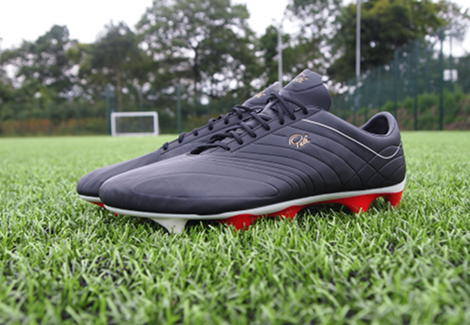 All said and done, the Trinity 3E K offers superior feel and touch, and meets a great level of compromise between lightweight and sturdiness, whilst being tastefully understated in looks.

A modern boot for the purists, you might say; the Pele Sports Trinity 3E K‘s are a cut above.

Written By
Michael D
More from Michael D
Knocking the mud of the bottom of your football boots could be...
Read More