The Pel' Sports Trinity has been generating some huge pre-release hype ahead of it’s launch this month, and has just kicked that up a notch by winning it’s first award. 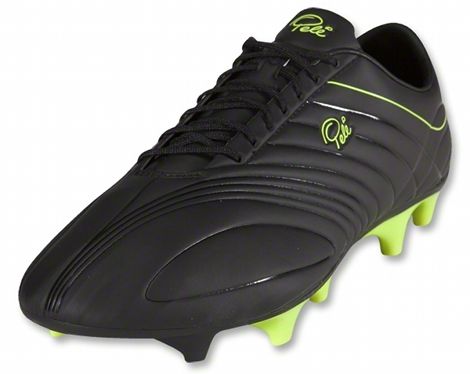 After a lengthy voting process, involving judges and members of the public, the Trinity 3E from Pel' Sports has been deemed the most innovative product of the year in the area of “footwear,” and it wins the ispo BRANDNEW Award 2012 in this category.

This means the Trinity 3E from Pel' Sports wins its first award before its official market launch in the Spring/Summer collection 2012. Here is what the jury said about their reasons for awarding the prize to the Pel' Sports Trinity;

Pel', the football icon from Brazil, is behind the winner of the ISPO BRANDNEW Awards in the category footwear. “He has committed his know-how and his name,” said jury member Peter Kreidlmeyer, and the result is evidently convincing: “The football boot weighs practically nothing,” he remarked, enthusiastically.

Kreidlmeyer, knows a thing or two about footwear – as well as an ISPO jury member, he is also head of K1X footwear in Germany, and has held this position for many years, “At the same time, the boot meets high standards in functionality in every respect ” with a price advantage compared to established brands.”

We’d like to send out heartfelt congratulations to the Pel' Sports teams on grabbing an awards before the Trinity even hits story shelves!

Are you looking forward to the release of the Pel' Sports Trinity? Let us know in the comments!

Written By
Kyle Elliot
More from Kyle Elliot
We take a look at the football boots being worn by the...
Read More