With Nike having just launched their 2013 Nike5 collection, Munich arriving in the US and adidas bringing the rebranded FreeFootball range at the end of last year, 2013 could well be the year of the futsal shoe, and Pele Sports are positionedto be at the forefront with a new batch of indoor shoes. 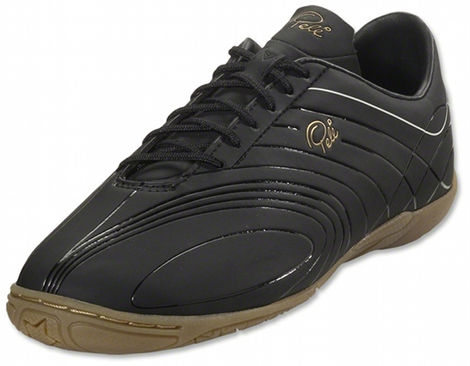 At the peak is the Trinity making it’s indoor soleplate debut. Ground-breaking in it’s FG configuration, the super-light Trinity will be heading to indoor courts early this year.

Skimming the 200g mark, the Pele Sports Trinity Indoor is definitely one of the lightest indoor shoes on the market along with the Puma SpeedStar.

A binary synthetic upper provides a super-thin surface for deft touches and sweet flicks, whilst the padded tongue and insole create firm contact and shock-absorbant stability when striking and sprinting. 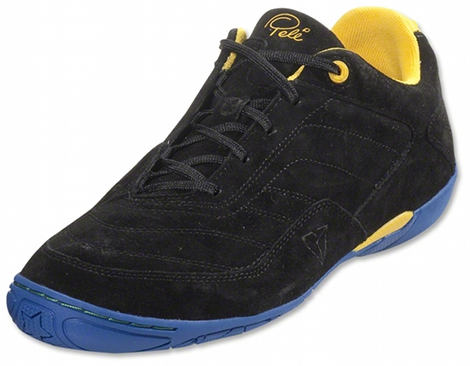 If you’re after a shoe specially designed for the futsal court, then you need look no further than the Radium. Named for Pel'’s old Futsal team in Brazil, we first featured the Radium early last year.

Now available in a full compliment of colours – including these three, new for 2013 – the Radium range has never looked like a better option for the serious small-sided player. 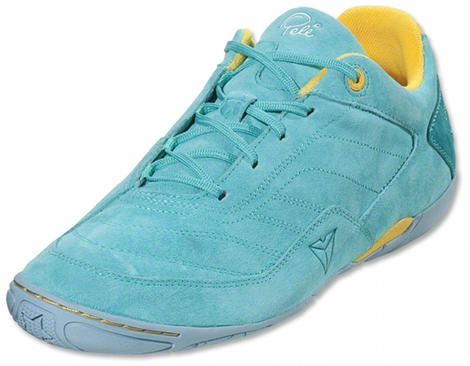 At 100g heavier than the Trinity indoor, the Radium isn’t exactly heavy, but it does offer a deal more in the control and comfort stakes.

The shoe is full-grain leather with a suede forefoot zone for enhanced ball feel and friction. The whole shoe is also strategically stitched to crease naturally with the joints of the foot for a great natural touch. 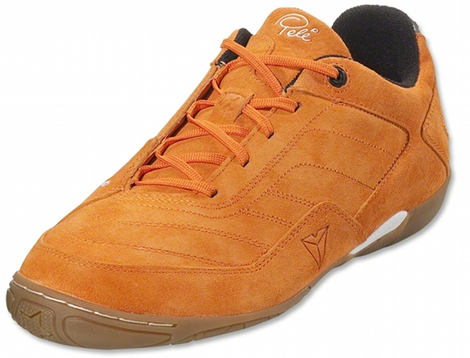 Not without it’s tricks, the Radium features a small TPU shank in the midfoot to reinforce the foot whilst striking. The result is a shoe that doesn’t bend when force is applied to the top of it – adding more natural power to your shots.

Both shoes are on the US Footy-Boots.com store for between $80-$90, with a European launch to follow soon – will you be picking up a pair?

Written By
Kyle Elliot
More from Kyle Elliot
All the information you could possibly want on Group B!
Read More