The phrase ‘sporting legend’ is one that is probably over used these days. The current fascination with celebrity, in whatever guise, means we now have 15 minute of fame-ers being compared favourably with true sporting icons.

But in football terms, there is possible one name that truly does belong in the legend bracket. And that name is Pele.

As such, it’s strange that he hasn’t always been to the fore with regards to football boots and other football products. True, he hasn’t played for 33 years now but ask almost anyone who loves the game about Pele and regardless of age or gender, there will be recognition to some degree.

He has, of course, been involved with PUMA in the past because of his association with the PUMA King but that was always in some form of ambassadorial role. Now though, the ‘King of Football’ has launched Pele Sports with a group of private investors. The new sports brand will be producing football boots and sporting apparel, the first lines of which will be revealed in and around this summer’s World Cup in South Africa.

The Managing Directors of the company are Holger Denicke and Gunther Siebrecht. Gunther has given Footy Boots an exclusive interview as the brand prepares to take on the big guns.

FB: Many thanks for taking the time to speak to us. First question, why the link up with Pele and what will he bring to the company and to your way of thinking?

Gunther: Pele is determined not to forget where he came from and that means that we will aim to bring out our products at a commercial level that makes sense to kids on the street, especially in Africa and South America. Pele became a star after he spent many years playing street football, so he feels that he has to give something back and that’s one of the primary reasons behind forming this brand. And that’s also why we are splitting the football category not only in to elite performance but also street football.

FB: So that is how you differentiate yourselves from other brands is it?

Gunther: Yes, we would like to think so. Because of Pele’s maturity and the experiences that he’s gone through, from street football to Futsal, eleven a-side, a national representative and of course World Cup winner plus his ambassadorial pursuits within the game, he and we feel that this is a unique opportunity to put something back to the game. He’s still a massive draw, a worldwide presence. We did some research and Pele’s face was the second most recognisable in the world after the Pope and his autograph the second most wanted after Sir Paul McCartney.

FB: We understand that you’ll be working on the street range over the next couple of seasons but what’s likely to be in the pipeline more immediately?

Gunther: First up will be our performance level football boot, then the Pelada street football range and following that, the Pele Story, making him relevant to a young audience, through product and apparel, such as a graphic or phrase on a T-shirt which reflects an important aspect of his life. Then of course we have the fact that he won the World Cup 3 times with Brazil, the number 10 shirt, the bicycle kick – the more well known and expected material that is still pertinent today, certainly for an older age group.

FB: And what will you try and have ready by the World Cup in 2010, as that will be a massive shop window?

Gunther: We will have first products from all three categories on show, a first offering if you like. What we didn’t want to do was hold a press conference with Pel'© and announce that we would bring items out in a year’s time say. We want to be able to tell people that they are available for purchase right now. And from that, we will develop and update our range as you’d expect any sports brand to do.

It’s wonderful that the World Cup is in South Africa this year and just as important for us that four years later it will be in Brazil. And I think Pel'© has been instrumental in assisting with both successful bids, with Mandela in Africa and his swathe of contacts in his homeland.

FB: What kind of input is Pele having with the development of the products?

Gunther: He has a massive bearing on what we do. In association with his management company Prime in Brazil and IMG, he wants to approve every product that we bring out. So he’s very hands on.

FB: How will that manifest itself in terms of the football boots you will produce?

Gunther: Pele is very conscious of the health issue so we are looking to build the boot from the inside out as opposed to the conventional way of building from the outside to in. So it’s not about styling it’s about function first. From a performance perspective we are looking at using different types of material on the upper and we have a special technology on the leather. It’s about building what the player needs rather than just sticking a mass of Pele logos everywhere. And we also feel that comfort is key. If you are not comfortable in what you are wearing, then you won’t be able to perform like a number 10.

FB: How do you feel about competing with the established brands such as adidas, Nike, PUMA etc?

Gunther: There are some dominant brands out there that own a big percentage of the market place but we do feel that with our street football proposition, the understanding of players needs and by also being able to bring out a couple of premium products as well, under the name of Pele, that we can gain some market share and if we do that, we’ll be a happy brand. 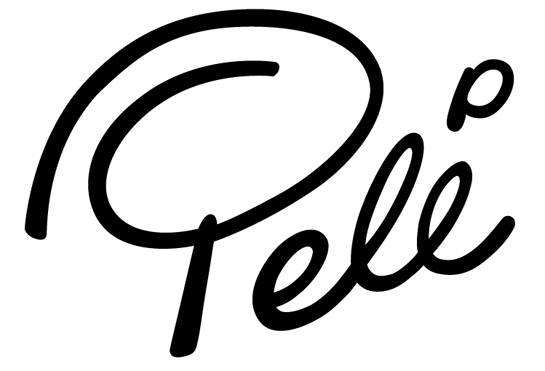 Written By
Ramsay
More from Ramsay
This week, get the inside track on the Primeknit 2.0 from the...
Read More