When it comes to choosing the correct boots for artificial turf, there are definitely a few different schools of thought on which is the ‘right’ choice. 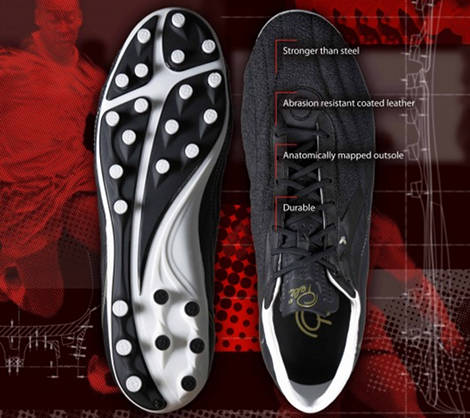 Astroturf boots are a safe bet, but you can’t buy the ‘top’ models in an astroturf plate.

You could always wear an FG boot, but some astroturf pitches can be too tough on the upper and plate, causing durability issues.

And finally, whilst AG plates exist, they’re tough to get hold of for top-tier boots outside of the far east. 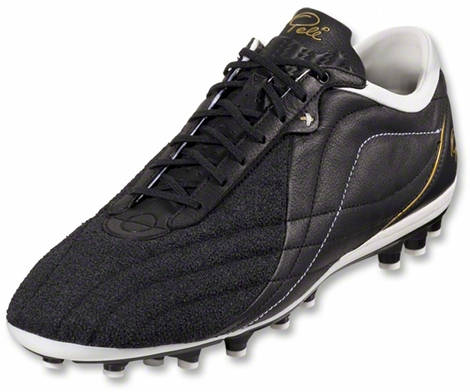 But once again, Pelé Sports have sniffed out another gap in the market with a boot that aims to be practically indestructible in the form of the 1962 Redeemer.

“Born Tough” is the motto behind the Redeemer, and tough certainly seems to be something of an understatement.

The key feature of these cleats is an all-new bombastic treatment to the upper in the front of the boot, that is described by Pele Sports as ‘Stronger than Steel’. 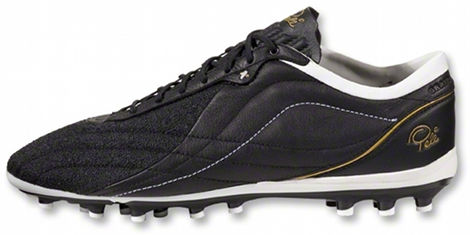 Whilst the boot is soft leather for great touch and feel, the toe, instep and outside of the toes are coated in an abrasion resistant coating designed to keep the boot in tip-top condition when others have bitten the dust.

We have to admit, the upper is like nothing we’ve ever seen on a boot before – and definitely looks like it could take a beating! 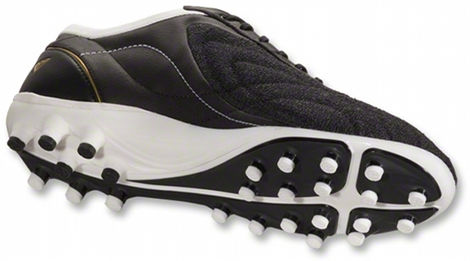 The outsole is also designed for the serious artificial turf player, with a 25-stud anatomically mapped plate. As well as distributing the increased ground pressure of a man-made surface better, the low profile studs are much shorter and thinner than an FG plate, so you’re far less likely to be caught in the turf.

The Pele Sports 1962 Redeemer range will also feature HG, FG and SG models – though they won’t have the unique abrasion-resistant leather coating to their calfskin uppers. 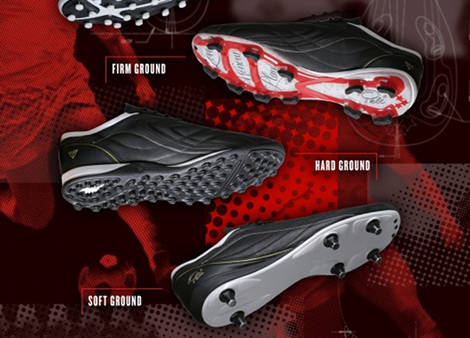 Available from this week, the Redeemer AG will set you back $129.99 US with a European release still TBC

Once again Pele Sports dazzle us with a leather upper that’s completely unlike anything else on the market – but what do you guys think?

Written By
Kyle Elliot
More from Kyle Elliot
It's Lime time for Umbro's latest release! Tell us what you think...
Read More