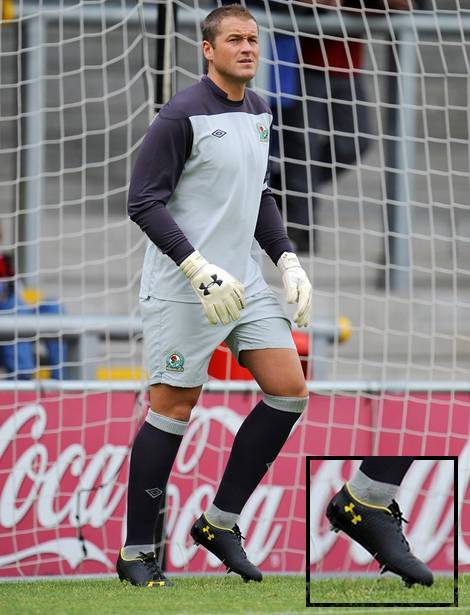 The Blackburn Rovers stopper has been a solid representative for the American baselayer giants over the past 12 months, and has often taken to the pitch wearing the Dominate Pro, opting for the leather ‘heritage’ styled football boots, over the synthetic Create Pro.

But now it seems the former Leeds United and Tottenham Hotspur goalkeeper will be making the switch to the lightweight new Blur Pro ahead of the new season after being spotting playing against Morecambe in them in a pre-season friendly.

Whilst fellow Under Armous endorsee Bobby Zamora has already started scoring in the new HydraStrike Pro – the natural successor to the Dominate Pro – Paul Robinson seems an unlikely fit for the high-tech UA football boots. 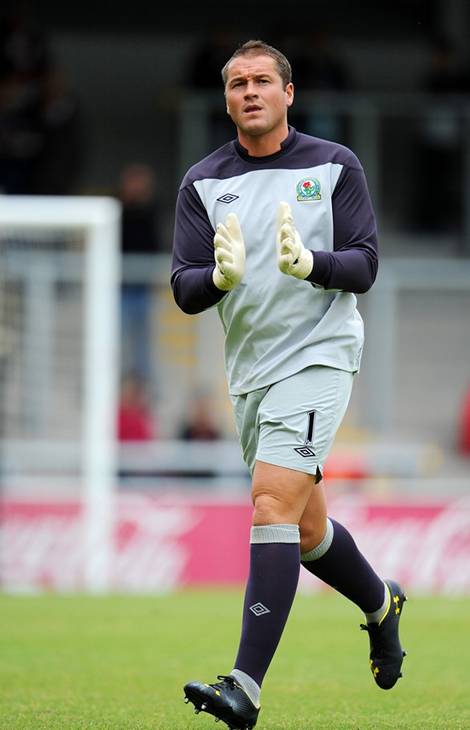 Designed with speedy wingers and forwards in mind, the Under Armour Blur Pro is lightweight with a synthetic upper, and a stud configuration optimised for traction when accelerating and quick changes of direction.

Whilst we have no doubt that a top-flight goalkeeper can utilise all these traits in there game, it does leave us wondering why ‘Robbo’ would opt for the Blur Pro – though there’s no doubt that Under Armour will just be grateful for the exposure of these under-represented football boots.

Interestingly, this spot also marks the very first sighting of the Soft Ground Soleplate for these particular football boots.

How do you think the Blur Pro looks on the pitch? Would you consider a pair for yourself?