I’m a massive fan of Uncle Ben’s express rice. You know the one, the rice in the bright orange packet with the uncle himself beaming away on the front.

My favourite is the Chinese style but a decent substitute, should the supermarket fail to stock it, is the egg-fried version. In the competitive and sometimes (probably) vicious world of the rice market there are many different brands to choose from. Obviously you have Uncle Ben, the kingpin if you like, then you have the other horses in the race, Veetee, the supermarkets own-brand and Tilda.

The other day, instead of buying the usual Uncle Ben’s rice, there was an offer on the Tilda version. “Ah” I thought, “a challenger to Uncle Ben’s throne, let’s see if this can cut the mustard.” Needless to say it was a disappointment. Uncle Ben has nothing to worry about as the Tilda rice provided a weak side dish to my chicken. I vowed that I will never again be suckered into offers, tempting me away from the uncle and his delicious rice. The next night I went back to using Uncle Ben’s rice and my dinner was superb. Even though, behind his smile, Uncle Ben was fuming at my treachery. 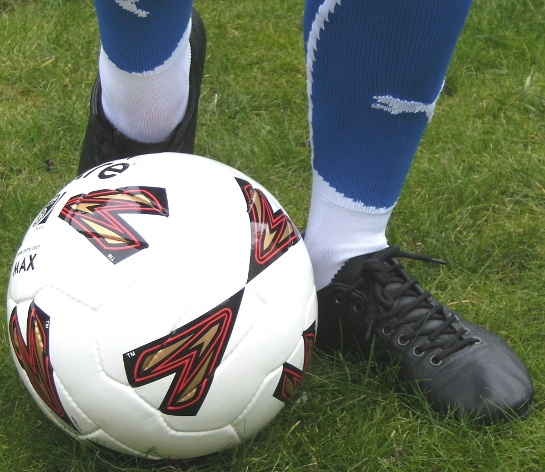 This leads me nicely to the Pantofola d’Oro football boots. For years I had been an avid fan of the big brands. Nike, Adidas and PUMA have all, at some stage, taken the prominent place in the football boot box in my garage. The speed boot was my usual choice. I have owned pretty much, apart from the Vs, every version of the Nike Vapor. A pair of PUMA v1.06’s. A pair of Adidas F50+’s and a pair of Lotto Zhero Gravity football boots. Honestly, I can say that not one of the aforementioned pairs have been trouble free.

So one day I thought that a drastic change was needed. I needed a football boot that would still be light but comfortable at the same time. So I did my research and a name that kept coming back to me was Pantofola d’Oro. There are limited reviews on the internet, forums are usually awash with Vapor lovers and the like and you do not see much in the way of professional-footballer endorsement. I have never even seen an advert for them, in any form of media.

Based on what little information I had I decided to take the plunge and get a pair. I opted for the Lazzarini version, simply because the blackout colourway was too irresistible. I am usually a size six, or half a size larger depending on the boot. If I want a tight fit a size six is usually my choice. With the Pantofola d’Oro I opted for the six, hoping that a tight fit would allow the boot to mould to my foot.

Getting these out of the box and feeling them, the leather is incredibly smooth. I instantly liked the boot. No bells and whistles attached to them, no pass shield or curving plates. Just a simple leather boot with twelve PU moulded studs on the bottom, four at the back and eight on the front. I slipped them on and unlike the other speed boots I have tried, I felt instant comfort. It was as though I had owned the boots for ages. Things looked positive from the start. 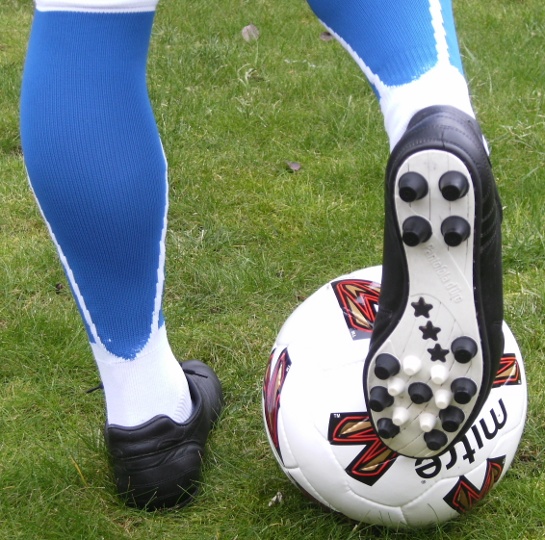 I have owned the boots since early September, so around five months of usage has given me a fair idea of what they are like. Every game, every training session has been a blister-free experience. It’s hard to put into words how comfortable they are. If you get the right size, and I would recommend that you get either half or a full size down from your usual then they should shape to your feet. Getting your normal size may leave too much room in the top, it’s a personal preference but for me a tighter fit is needed.

Because of the comfort they feel light on your feet. I would say 80% of the time I have used the boots on 3G turf, so perhaps the lack of mud sticking to the boot is clouding my view. Nevertheless, the times I have played on grass they still feel as light and as comfortable.

The stud layout could well be slightly behind the times. What with adidas Traxion and the bladed equivalent of many other boots, the Pantofola d’Oro could be perceived as lacking in the technology department. For the sake of a few grams I am happy for the high amount of studs. They provide excellent grip and are pretty sturdy. So there is no danger of slipping over.

After five months of use they are holding up well. There are no signs of tears, no rips in the leather and they really have moulded to my feet. The studs have not worn down excessively. The leather is still connected to the sole and there is no evidence that the boot is starting to come apart. The build quality on these boots is nothing short of superb. A little tip, should you choose to purchase a pair, is to also buy some dubbin. It keeps the leather supple and waterproof, so it’s a must have, if you like taking care of your boots.

One small drawback, and it is only small, is the length of the laces. They are ridiculously long. Whether they are intended to be tied around the bottom of the boot, or used as a skipping rope when you are not playing, I’m not too sure. Either way I purchased a pair of shorter laces. So problem solved.

On the pricing front, I paid £90 for my pair. The different models can range from £60 right up to £110. That may seem steep, since Wayne Rooney’s face is not affiliated with them but trust me they are worth the money. Comfort unfortunately has a price, as does exclusivity. I don’t know anyone else who have the same boots as me. 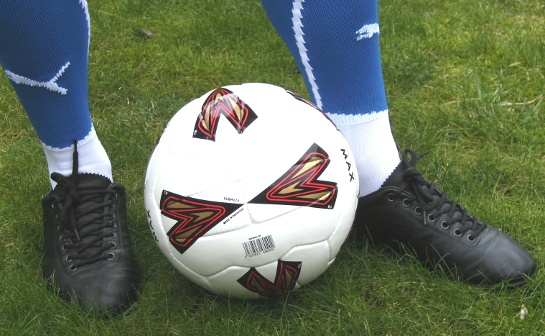 The Pantofola d’Oro boot range is evidence that changing from the mainstream can be a good thing. I like the idea that the company are offering no gimmicks. They are not interested in getting Cristiano Ronaldo down the laboratories to see how he runs or to see how he strikes a ball so the new boot can curve the ball better. The boot is the equivalent to the brand of rice I’m still seeking that will knock Uncle Ben off his perch. In my view, the Lazzarini boots have blown the Nike Vapors and the rest clean out of the water. It is simple barn-door technology. And it works.

Written By
Felipe
More from Felipe
Frank Lampard will talk to Chelsea officials about a new contract in...
Read More