Mexican club Pachuca FC proved themselves the single best Under-15s team in the World this weekend as they took home the Manchester United Premier Cup for 2011. 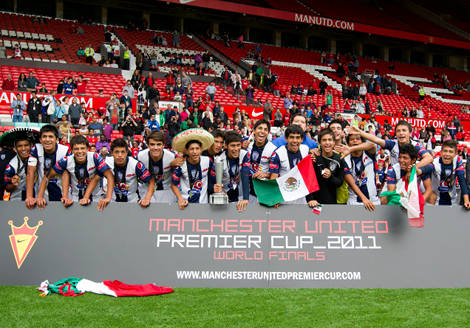 The Premier Cup, which is hosted every summer in conjunction with Nike, is regarded as the single best youth football tournament in the world, pits the U-15s teams from the biggest clubs in the world for a chance to play at Old Trafford and be crowned the best team in the world.

Every year over 8,000 teams apply for the Manchester United Premier Cup, but only 20 win the right to be invited to Carrington and play for a spot in the grand final. Given the'  Premier Cup boasts such prolific alumni as Leo Messi, Jack Wilshire, Fernando Torres and Iker Casillas it’s no wonder so many young players are keen to follow in their hero’s footsteps at the Premier Cup!

Whilst Pachuca FC were the eventual winners, familiar names such as Fenerbache, the Orlando Pirates and Valencia all peppered the top 10, with Chelsea being the highest English club in 4th.

Chelsea’s youngsters also caught the eye for another reason, as they became the unlikely debutants of the new Chelsea 3rd Kit as they played Right to Dream in the quarter finals in an awesome, mostly-white kit with a classic polo collar. 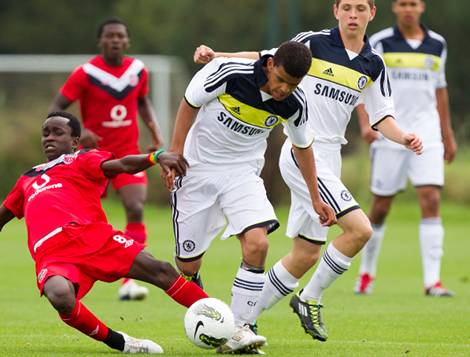 All the teams that made it to Manchester got to experience some of the perks that come with being an elite footballer, as they trained at Manchester United’s high-tech Carrington facilities, making the most of some of the top-class coaches and drills to make sure they were in top condition for their matches. 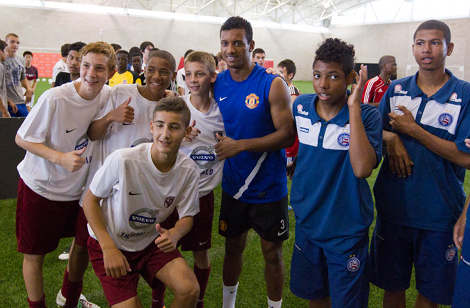 As well as the Carrington coaching staff being on hand, some Manchester United first-teamers turned up to dish out advice, including Nani, Fabio, Macheda and home-grown stopper Ben Amos.

Did your team enter the Premier Cup?

Written By
Michael D
More from Michael D
As part of their 'Limited Collection' adidas have launched the 'Eskolaite Pack,'...
Read More