Whilst this summer looked set to be a quiet one for boot-swapping (in comparison to Puma’s monster player-signing spree last year) two high-profile stories did emerge during pre-season, and both have bizarrely come full-circle. 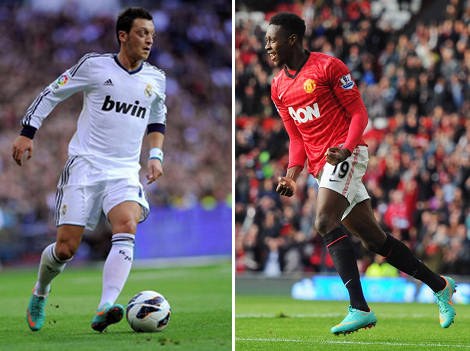 Both Mesut Ozil and Danny Welbeck have been long-time assets for Nike, but right at the start of the season, both players decided to have a flirt with adidas football boots.

Welbeck was the subject of a controversial advertising campaign by Nike at the end of last season (when his poster was plastered on the outside of a shop across the road from rivals Manchester City’s Etihad Stadium), which lead us to believe his deal with Nike was in good health, and that he was in a long-term brand with the American super-brand. 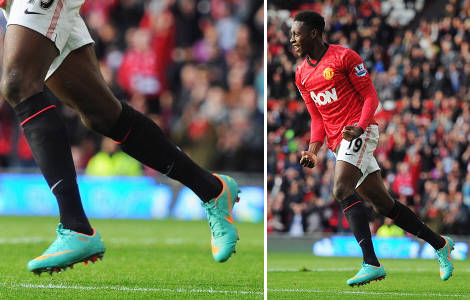 However, after starting the season in the Nike T90 Laser, Welbeck began training in the adidas F50 adiZero with alarming regularity – until eventually switching to the F50 in a match on international duty for England.

Only days later, though, Welbeck warmed up for England’s eventually-postponed World Cup qualifier with Poland in the Mercurial Vapor VIII, ditching the Silver / Infrared F50’s for Nike’s newest colourway.

Whilst only a brief swap, there was much talk on the Footy-Boots.com social channels and various forums, as Nike looked to have lost on of their key T90 assets to adidas.

In comparison, Mesut Ozil’s ‘will he/won’t he’ switch to adidas has gone on for almost three months, after we first clocked the German international in Predators during pre-season. 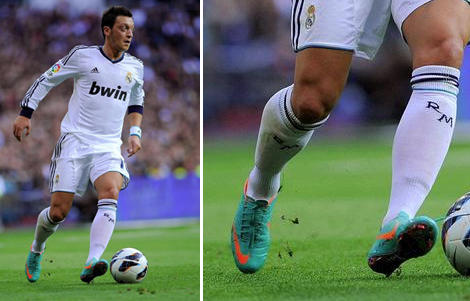 Our sources at adidas said that is was likely that the three stripes would be making a move for the young playmaker, after he turned down a big-money contract renewal from Nike to see what else was on the market.

This weekend, though, saw the return of ' familiar site as Ozil was back in his Mercurial Vapors after training and playing in a combination of the white-out adidas F50 adiZero’s and the launch colourway of the Predator Lethal Zones whilst on international duty.

There’s a very real possibility that neither player has officially returned to Nike (maybe they’re curious about the new ACC technology on the Vapors?) but Nike will likely be relived at the sigh of two of their most promising young assets back in their boots.

It’s also a clear indicator that neither have signed anything with adidas, so the saga continues…