Second half substitute Michael Owen scored the winner on his Manchester United d'but as the English champions opened their pre season tour with a win. 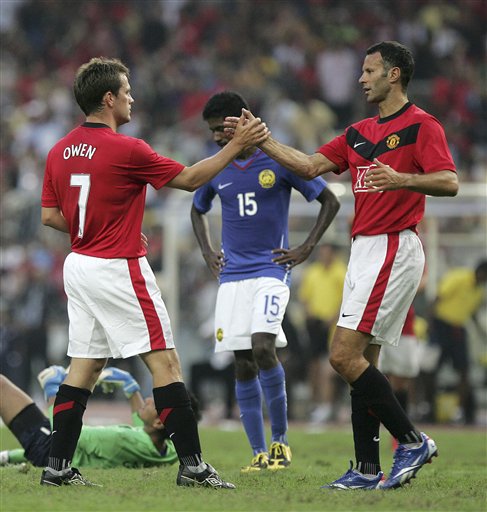 Against a Malaysia XI in Kuala Lumpur, the English Champions Manchester United won the match 3-2, with Owen scoring the winner with six minutes to go.

Wayne Rooney and Nani had put United ahead, before Mohammed Amri Yahyah drew the home side level with a brace, scoring goals either side of the break.

Owen, who has been given the number seven shirt worn by George Best, Bryan Robson, Eric Cantona, David Beckham and Cristiano Ronaldo, scored when he reacted to a loose ball before slotting home in his signature fashion.

He’s different from our other players, he’s always searching for space, he’s always in and around the box. He reacted well for his goal.

It’s just nice to play with players who are on your wavelength, spotting your runs and are just class players.

It’s a nice feeling and it’s nice to play a game in the red shirt.

Just to get off the mark for the season is nice, and it’s probably doubly good for me as it’s my first game as well.

United’s next game is against FC Seoul next Friday, continuing their pre-season tour of Asia.

Written By
Felipe
More from Felipe
Diadora Brasil Axeler football boot review, by Nick Tan. Those were the...
Read More