adidas have taken on the bold task of making their usually-bold OM kits even bolder this season, by creating a new shirt that brings together history, culture, unique design and – of course – football, with the new Olympique Marseille Third Shirt 2012 / 2013.

Unlike any other adidas kit we’ve seen this year (so far) the major design point of the Olympique Marseille Third Shirt 2012 / 2013 is it’s reversible design. 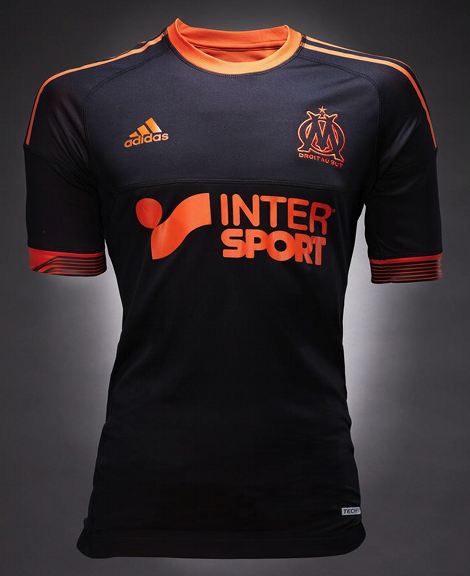 Whilst the Black ‘A’ side will be the one used by the team in matches, the all-orange ‘B’ side is a special nod to Marseille’s diverse culture and unity in the face of adversity.

The colour orange is synonymous in Marseille with the ‘South Winners’ supporters group, who wore bomber jackets turned inside out, to show their opposition to racist skinheads of the time. 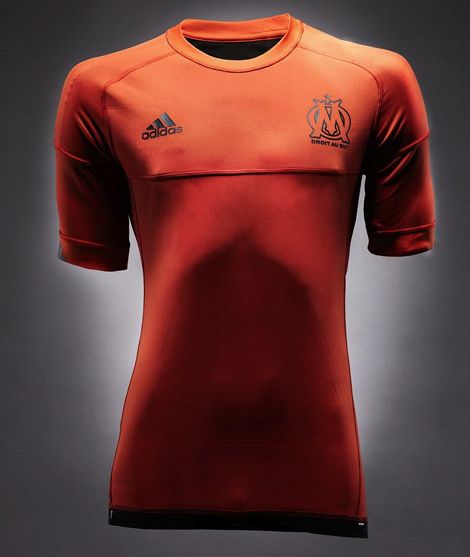 Whilst the facists wore bomber-jackets of navy or black leather, the Winners bought the same jackets, and wore them inside-out, exposing the bright orange lining, showing they opposed the facist views of the far-right groups of the time. 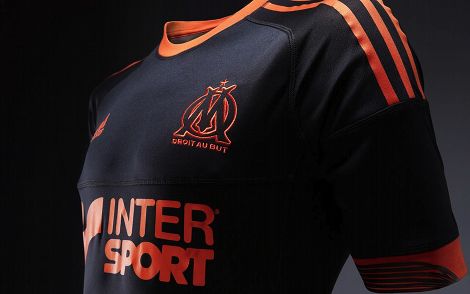 Created by Akhenaton, member of Marseille hip-hop group IAM, and sculptor Pablo Reinoso, the challenge was to bring these elements together in a way that looked fitting on the football pitch.

When worn by the players, the Olympique Marseille Third Shirt 2012 / 2013‘s black ‘A’ side is made of a fine mesh, so when they move their bodies, the orange shows through with every movement. 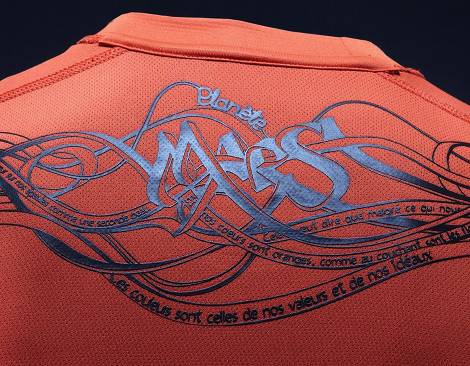 In addition to the striking design, the Marseille Third Shirt 2012 / 2013 is packed with all the techy goodness we’ve come to expect from adidas, with the players being able to choose from Techfit and Formotion versions of the new kit, whilst fans will have ClimaCool versions available.

Coupled with the Lyon Third Shirt, adidas are doing their best to make the French Ligue 1 the best-dressed in the world – but what do you think of the kit?

Written By
Ramsay
More from Ramsay
Celebrating the 20th anniversary of the club’s glorious double-winning season, the Atlético...
Read More