Old Trafford is set to stage the second leg of the Champions League match between Manchester United and Inter Milan on Wednesday 11th March and Nike will use the high profile encounter to unveil a host of new boots and colourways.'

Wayne Rooney will be the first to debut the distinctive new Yellow/Black/Midnight Fog colourway of the Nike Total 90 Laser II football boot featuring engineered perforation in the upper for extra breathability. The new colourway will then be worn by leading Nike sponsored players around Europe in their domestic leagues on the weekend of 14th/15th March. 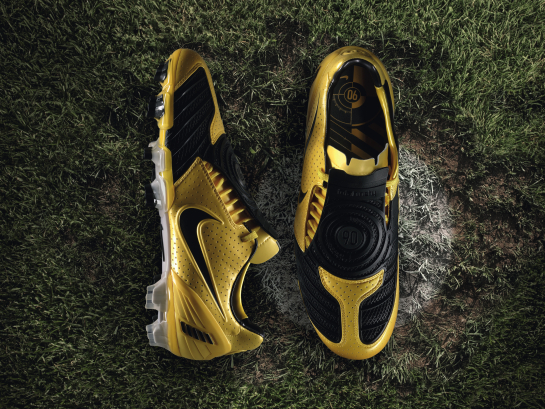 Patrice Evra may be the first to sport the new k-leather Total 90 Laser II in a White/Red/Black colourway. Expect to see other players from both Manchester United’s and Inter Milan’s midfield and back four attempting to dominate the game wearing the Laser II.

Improved Shotshield technology on front of foot provides cleaner ball contact and superior control to allow the athletes to place the ball more accurately. The technology continues to utilise the precision ring technology used in its predecessor, providing increased accuracy through refined placement and design.

Teijin synthetic leather and engineered mesh work together to help protect the foot and maintain a constant temperature environment throughout a full 90 minutes.

Carlos Tevez and Darren Fletcher of Manchester United are set to wear the last colourway of the Nike Air Legend II featuring a distinctive bright yellow swoosh contrasting the traditional black of the k-leather upper. The new Air legend II in Black/Volt/Silver will be worn by many iconic Nike iconic players throughout Europe known for their “Touch” and classy play. 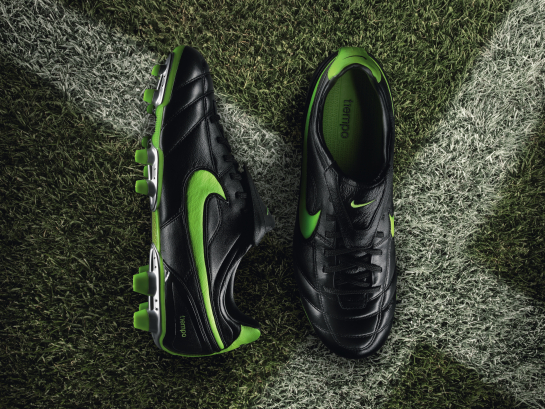 The design aims for the new Nike Tiempo II were to re-engineer the upper and heel counter, decreasing the tongue size, to reduce the overall weight of the football boot, whilst ensuring a comfortable fit and improved performance.

The new Tiempo Air Legend II has an all over soft kangaroo leather upper for superior comfort and ball feel with the updated pattern design from the previous model giving a pro fit. The fold over tongue is designed to give a smoother ball-striking surface.

Cristiano Ronaldo and Zlatan Ibrahimovic are both set to debut the eagerly anticipated Nike Mercurial Vapor Superfly. Both are touted as “speed” players for their respective clubs and with boot that weigh a mere 185 grams the opposing defences must be at their best or they could be beaten in the blink of an eye.

Cristiano Ronaldo in particular has a love affair with the Mercurial range wearing them since he was 16 years old. When 76 000 fans pack Old Trafford on 11th March, one thing’s for certain: with debut goals in both his Mercurial Vapor IV and Mercurial SL boots, the world will be watching the clock to see how long it takes the current World Footballer of the Year to find the back of the net with his latest weapon. 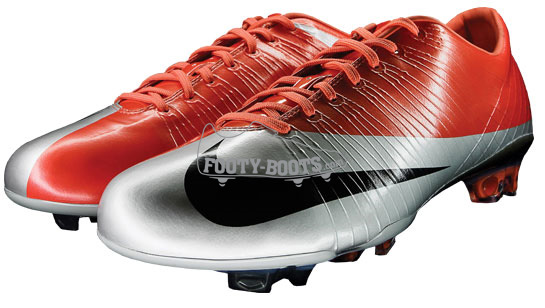 Written By
Felipe
More from Felipe
Newly released image of the Adidas “Finale Athens” Ball As we reported...
Read More