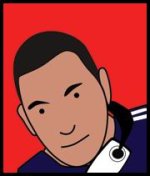 Sir Alex Ferguson employed a silent protest on Saturday after seeing his United side dismantled at Old Trafford by title rivals Liverpool. Upset at the 12.45 kick off following a Wednesday night Champions League game, Fergie refused to speak to Sky Sports who, it seems, he blamed for the scheduling of the game. As it happens, all kick off times for live TV games have to be approved by both clubs, the Premier League and the local police. Personally, I think it’s a shame he decided to avoid the Sky microphones. I’d have loved to see him try and keep a straight face in front of the TV cameras while insisting, as he did to the written press that United ‘were the better team’.

How reassuring for us average players who don’t fancy forking out over £200 for a pair of Nike Superfly’s that we might not be missing out on all that much. Arsenal’s Danish striker Nicklas Bendtner wore a pair against Blackburn at the weekend and despite the boots advanced technology, proceeded to miss a hatful of sitters that a bloke in a pair of wellies (£11.69 at Argos) might have put away. Perhaps the words ‘barn’ and ‘door’ should appear somewhere in the Nike blurb.

In this column a few weeks ago, I argued that the Champions League final should be taken away from Rome because of the violent nature of the Italian city’s football fans. Following another shameful week of stabbings and disturbances, I’m delighted to report that Des Kelly of the UK newspaper the Daily Mail has now also written a piece putting a similar argument. Uefa of course couldn’t care less and issued a statement which read: ‘Moving to another place would probably put the arrangements in danger. It would be less safe.’ This is complete rubbish. The game isn’t until May which means Europe’s governing body has plenty of time to make alternative arrangements. Rome does not deserve such a significant occasion. End of story.

Written By
Felipe
More from Felipe
Here's the new colourways for the Adidas F50.8 TUNiT ahead of Euro...
Read More