After weeks of rumour and speculation, Nike and the English FA have this morning officially inked a new deal that will see the American brand become official partner to the England National football team. 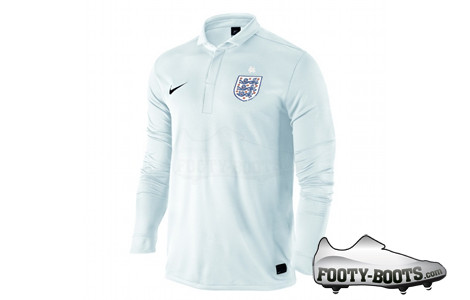 Replacing Umbro, who have ties with the England team dating back to the 1950’s, Nike will create kits for every England team, as well as training wear and more for men and women’s sides at every level.

A press release from the FA confirmed that England’s first kits to bear the Nike Swoosh will be launched in Spring next year, as The FA marks its 150th anniversary.

Set to run for an initial five years, the agreement runs until 31 July 2018 – though Nike will have first refusal on renewal, based on their performance during their tenure.

The big-money deal will see Nike:

• Supply kit and match-balls to all of Club England’s 24 football teams at every level, including the men’s national teams, women’s, Futsal, disability and amateur.

• Sponsorship and support of St. George’s Park, the home of the National Football Centre in Burton-upon-Trent, which in addition to hosting the England Senior team will train and develop a generation of coaches, referees and medical staff every year.

• Supporting partner of Wembley Stadium, the home of English football.

• Supporting partner for The FA Cup, supplying match balls for games at each level of the world’s most famous club cup competition.

• Supply of product to The FA County FAs

FA General Secretary Alex Horne said: “I am delighted that The FA has secured this new wide-ranging and comprehensive partnership with Nike.

“It is an extremely exciting time for both parties with the opening of St. George’s Park this year and The FA’s 150th anniversary in 2013.

“I would also like to place on record our gratitude to Umbro and their significant contribution to the game, The FA and England teams, over a 60-year period.”

Nike Brand President Charlie Denson added: “The pride and passion of England fans is renowned throughout the football world and we are delighted to partner with The FA.

“We look forward to supporting England teams at every level with innovative product technology and playing our part to help develop the future of English football through our support of St. George’s Park.”

Nike’s push for marquee National team kit deals has seen them recently agree terms with the French football federation, in a deal worth reportedly upwards of €300m, and the England kit deal – though unreported at this juncture – will likely be similar to the £200m which Umbro paid the FA up until this year.

We’re sad to hear that this year’s England kits will be the last to bear the Umbro double-diamond, but at least the Cheadle -based brand will be going out on a high note.

Thanks Umbro, and here’s to seeing what Nike bring to the table.