Puma has unveiled the new season Arsenal new home kit, to be used 2017-18.

Now in its fourth year  of partnership, Arsenal and Puma reveal the kit The Gunners will be wearing next term. 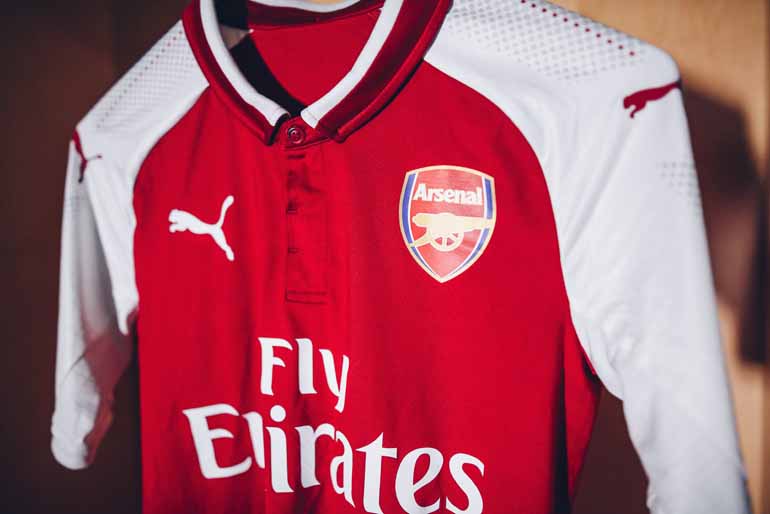 As usual, Arsenal has a traditional red and white strip. The shade of red is slightly darker than usual, and the collar reverts to a pique style.

There are two versions available, one called ‘authentic’ which is the shirt you’ll see on the players, the other a replica. The performance shirt is packed with technology and offers a tighter fit than the replica shirt. 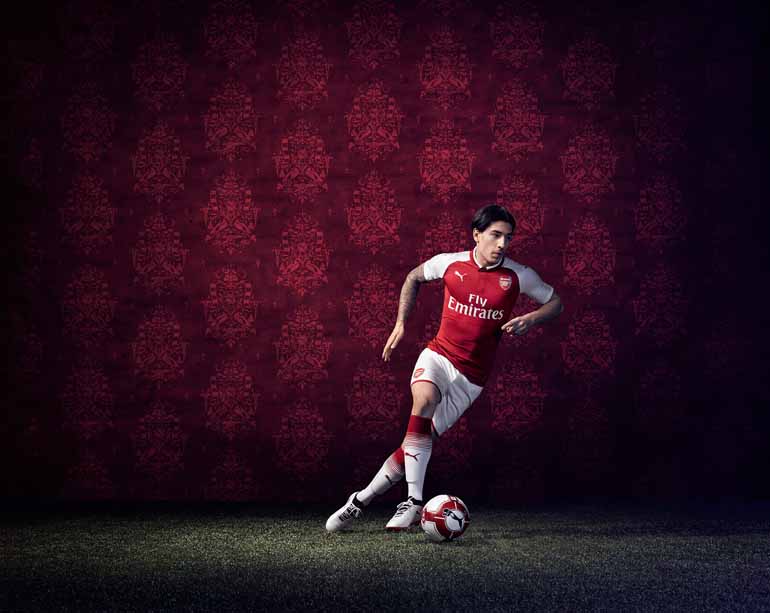 The new authentic shirt will cost £100, versus £55 for the replica. 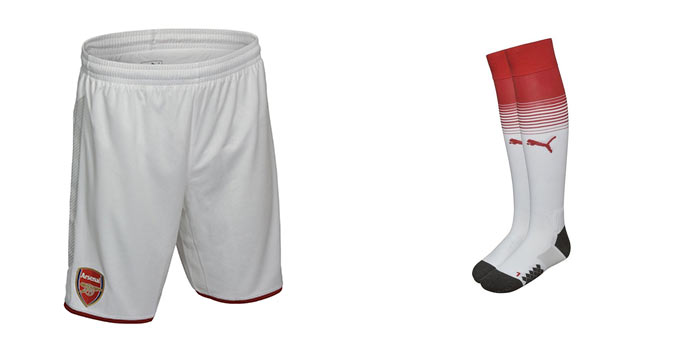 The shorts are white with a red trim at the bottom, whilst the socks start at the top with a red band that fades to white.

Between Puma and Arsenal, they have released the following statement to compliment the release:

We are THE legendary white sleeves.

We are THE ones who always pick the cannon when we are playing Monopoly.

We are THE ones who know the real ‘Dennis the Menace’. He’s not a cartoon, he’s a genius.

We are THE ones who call our uncle Arsène even if his name is John.

We are THE ‘Invincibles’ even when we are playing against mates on a Sunday.

We are THE ones who since 1919 have never known the second division.

We are THE 228 times Thierry Henry found the back of the net.

We are THE ones that are never wrong but always Wright.

We are THE ones riding our motorbikes with Petr Cech’s helmet.

We are THE 13-time winners.

WE ARE THE ARSENAL