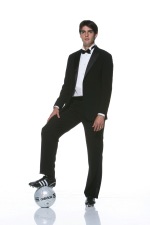 You’ve just got to love the off season transfer window. Rumour, counter rumour, reports of ‘this’ immediately countered by reports of ‘that’.

The case of Kaka seems to tick all the right ‘saga’ boxes.

“We’ve received an astronomical offer for Kaka from Chelsea” say AC Milan. All very plausible you’d think with the figures being touted around in the region of £50 to £60 million.

Milan are in financial trouble after failing to qualify for the Champions League and are going to have to off load some players to balance the books.

And the new Chelsea boss is Luiz Felipe Scolari who led Kaka’s Brazil to World Cup glory in 2002. It all stacks up.

Trouble is, Chelsea say they haven’t made an offer at all. So who’s telling the truth?

It’s the same when it comes to the sale of clubs too.

Over the weekend, as reported on Footy Boots, Newcastle United rubbished a story that owner Mike Ashley had been in talks with an American firm with regard to selling the club he bought last year.

A day or so later and the company involved, InterMedia Partners confirmed it was approached regarding a possible takeover.

“InterMedia was approached about a deal, made no offer and has no interest,” a spokesman said.

So again, who’s telling the truth?

Best advice is to lap up the back pages every morning over your toast and marmalade and then completely ignore them.

Next thing you’ll read is that they’ve found a World War II Lancaster bomber on the moon. Oh, apparently they’ve done that one already.