The New York Cosmos have revealed their line-up of players to take on a Manchester United XI at Old Trafford for Paul Scholes’ Testimonial in August. 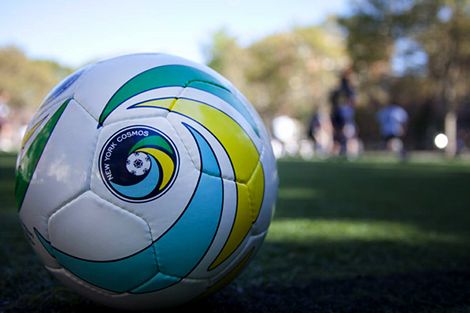 Consisting of an combination of recently-retired legends, current starts, Manchester United old-boys and a handful of players from the Cosmos U-23’s academy the combination of players should prove an exciting one for those lucky enough to get tickets for the game in August.

Ex-Red Devil Nicky Butt will lead out a team supposedly hand-picked by Pel' and Eric Cantona, that is much a publicity exercise for the Cosmos as it is a valuable run-out for the Cosmos Kids (which is the name I’m coining for the New York U-23’s – you heard it here first, folks!).

Mere weeks after his own testimonial Gary Neville will once again stride the turf of the Theatre of Dreams, alongside fellow 2011 retire-ees Patrick Viera and Fabio Cannovaro. 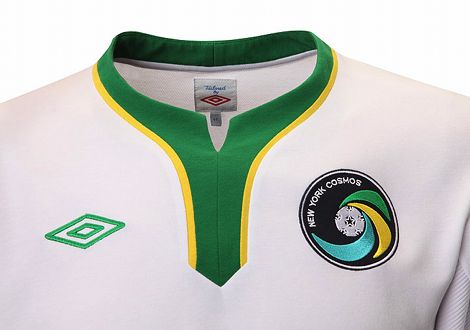 How good will this look on the pitch at Old Trafford? Our guess is ‘Very, very, very’!

Umbro will undoubtedly be thrilled at the surprisingly high-quality of players who will be donning their handsome NY Cosmos home kit for it’s first proper 90 minutes against what many will expect to be an – ahem – weakened Manchester United side.

The full New York Cosmos line up is as follows, with all Cosmos Kids (see, it’s catching on already!) marked with an *;