Now feeling right at home in it’s place as the fourth silo in the adidas range, the adidas Nitrocharge 1.0 returns for it’s third colour update since the May reveal that caught everyone’s attention.

Dubbed Forest Green / Metallic Silver / Electricity this version of the Nitrocharge is definitely one with a bit of subtely to it, especially compared to the blue launch colourway. 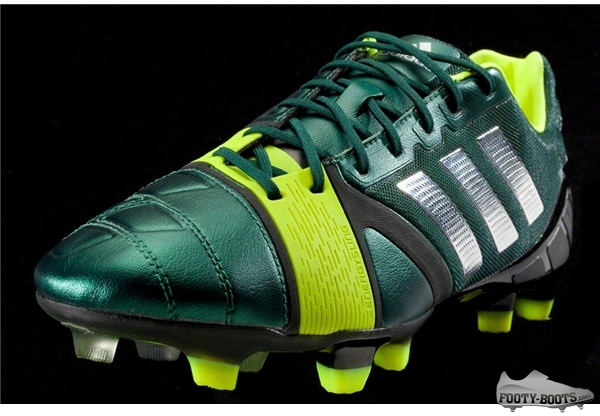 An unusual colour for a pair of football boots, the Nitrocharge definitely manages to pull off forest green (even with the electricity studs and EnergySling!).

Given that adidas say these boots are built for ‘The Engine’ on every team, the NitroCharge looks every bit like an all terrain vehicle or jeep in this update.

Meanwhile, the padded forefoot, achilles guards and protective mesh all do their part to offer a level of defence for the wearer. 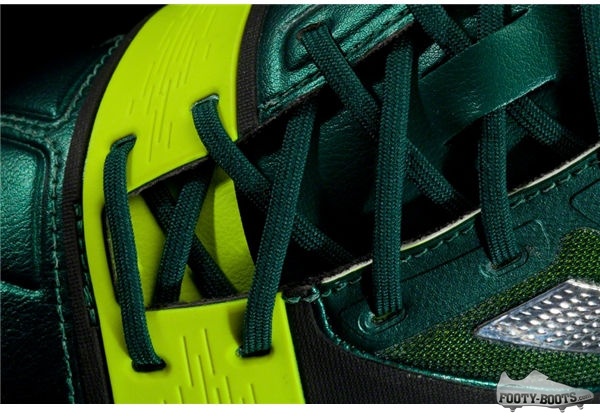 We’ve already seen a big uptake on the NitroCharge over the summer internationals and friendlies; posterboys Dani Alves, Javi Martinez and Danielle de Rossi all shone in adidas’ latest release at the FIFA Confederations Cup in June, whilst surprise faces Manuel Neuer and Leighton Baines both put shifts in wearing the Nitrocharge in May. 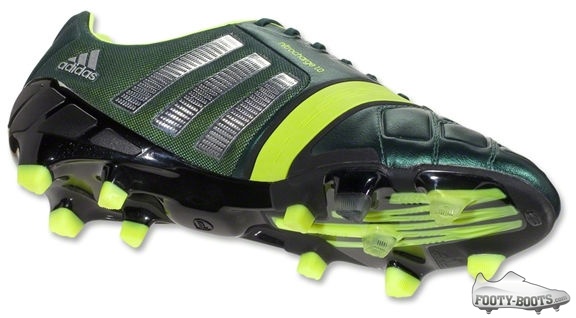 Available to buy from today, what do you think of the Forest Green Nitrocharge? Drop us a comment and let us know!

adidas Nitrocharge 1.0 | Forest Green / Silver, 10.0 out of 10 based on 1 ratings https://www.footy-boots.com/wp-content/uploads/2014/06/nitrocharge-forst-green-update.jpg

Written By
Kyle Elliot
More from Kyle Elliot
Didn't think we could manage to jump on this bandwagon? Think again...
Read More