After being clocked on the feet of some of Bayern Munich’s brightest players last week, it’s been impossible not to notice the silent invasion of blacked-out boots making their way on to the feet of Mercurial stars across the globe.

Nike seem dead-set on using the week that many stars on the Continent returned to full training to sneak a pair of what is almost certainly a new form of the Nike Mercurial on to the feet of some of their biggest names.

Whilst details of the boot remain scarce, one shared thread amongst all the prototypes is a black sock that runs from the boot to just above the ankle. 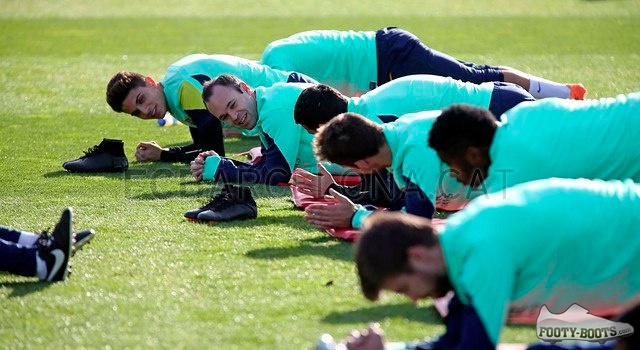 Leading theories at the moment suggest several possible uses for an ankle-high sock on a football boot, including that the cleat uses Nike’s FlyKnit technology, with the sock providing extra support.

Others are leaning towards the sock being the soccer equivalent of the Nike ‘Str8 Jacket’ ankle support system currently en vogue with American football players or even some sort of sensor for the Nike Football+ system.

Unlike many football boots, whatever this boot is hasn’t been leaked just yet, meaning speculation is at something of an all-time high.

Nike remain exceptionally tight-lipped on the release, too (as you would expect) and are certainly looking forward to dropping some kind of game-changing tech on us with the new Mercurials. 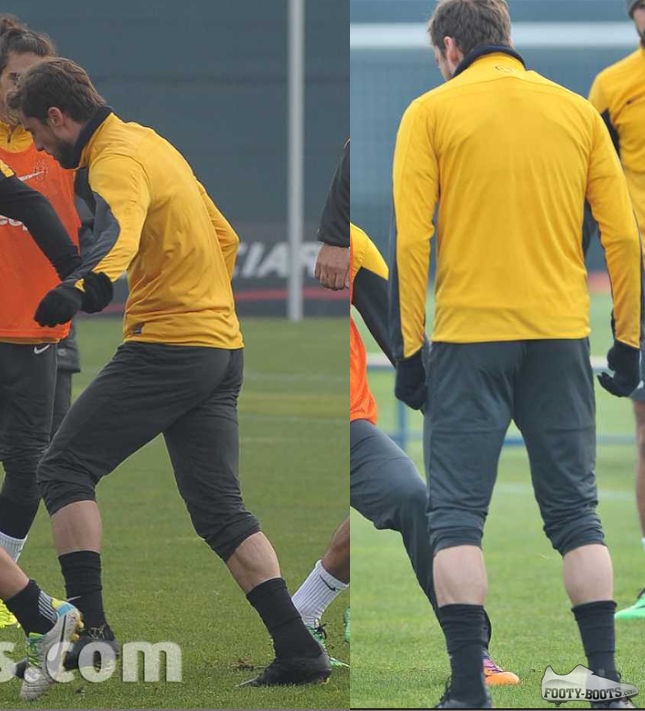 Rumours have already begun to circulate that Nike could return to a ‘tiered’ release for the Mercurials by the time the 2014 World Cup rolls around, with the Mercurial Vapor X playing chair to a Superfly-style ‘Elite’ release; with some even touting the Superfly name to return.

As these excellent shots of Juventus man Marchisio and the Barca Mercurial boys' show, the ‘sock’ does indeed couple to the boot, with a taper up the back, presumable flat-locked to reduce abrasion.

Elsewhere on the boot, the eyelets do look to have some kind of stabilisation system, similar to both the film on the medial section of the GS and GS2, as well as Flywire.

With all this going on, it seems like we can just name one of Nike’s signature technologies and it’s here on this boot; Nike really look to be throwing all they can into what will most certainly be their flagship boot for this summer’s World Cup.