Nike’s Nike5 range has really captured the imagination of the small-sided player in the last few months.

A high-ticket, high-performance shoe for the serious 5’s player. After the success of the Bomba Finale and the Elastico Pro, how does the Nike5 Gato Street fit into the line up? 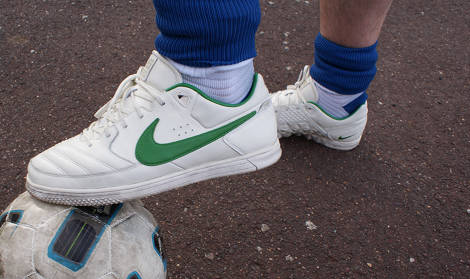 The first thing that strikes you about the whole Nike5 Gato Street range is just how good looking they are. Each colourway is striking. A seemingly obvious statement, but the shoe has been designed as much for visual impact as it has for its many technical benefits “ a look at the suede options confirms that.

While most ˜street™ soccer in the UK is in fact played within a fenced-off astroturf cage “ we™ve not seen that many people cushioning a ball falling from a 54-storey tower block before half-volleying it against a mattress to miraculously end up in a skip during any of our matches, regardless of what a certain Manchester United striker™s TV show would have us believe “ the assembled style that accompanies it is very much focused on being urban streetwear. 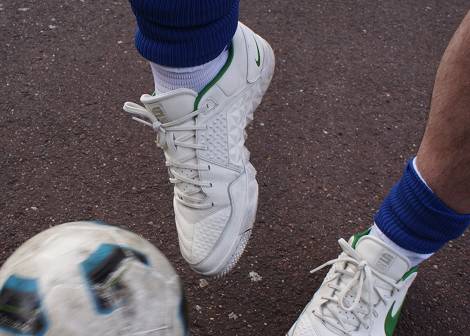 Ever since Nike launched the Nike5 range the phenomenon has grown; and that™s why the  Nike5 Gato Street is a big success “ people will happily wear the shoe to wherever they play without the need to lug a bag and a another pair of trainers with them.

For the purpose of this test, we tried them on their intended surface “ concrete “ but also gave them a run-out on a 3G Astroturf.  While they were fine on both, it is clear that they are really at home on the gravel they were made for. 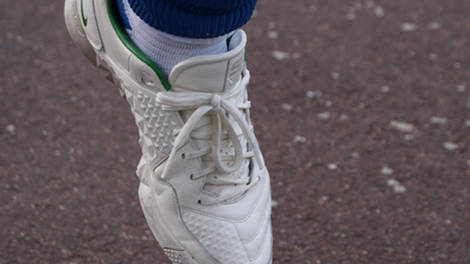 The leather upper shoe features two strike zones designed to improve your contact with the ball while also being rugged enough to withstand the harsh environment they are worn on. For passing, the instep features a prism design, while for striking through the ball the interior toe area has a sweet spot of similar textile construction.

The instep of the Nike5 Gato Street takes some getting used to if you are something of a traditionalist used to wearing conventional football boots and astros “ you don™t quite get the same feel as you would from a foot-hugging shoe, but anyone who regularly wears anything from the T90 range won™t find that a problem. 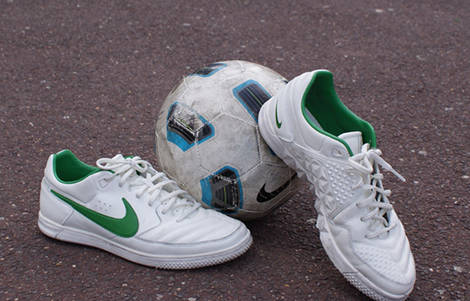 When striking the ball you can really let fly without too much backlift “ maximum power in a confined space was obviously at the forefront of Nike™s design team™s thoughts and it has worked a treat.

In terms of comfort, the Nike5 Gato Street is a really wearable shoe – especially noticeable is the effect of the Cushlon heel; there is a bounce to your step and this is of particular benefit on harder concrete surfaces. An XDR rubber outsole also provides decent traction and the durability demanded for street soccer.