Hot on the heels of the brand new Nike Tiempo Legend V, the Swoosh are ready to fire a fresh salvo of football boots onto the world’s pitches as they prepare a batch of boots with a distinct Green and Orange theme.

Players have received their boots to train in ahead of the weekend’s games, with many taking to social media to give us a great look at their new wheels ahead of the official unveiling. 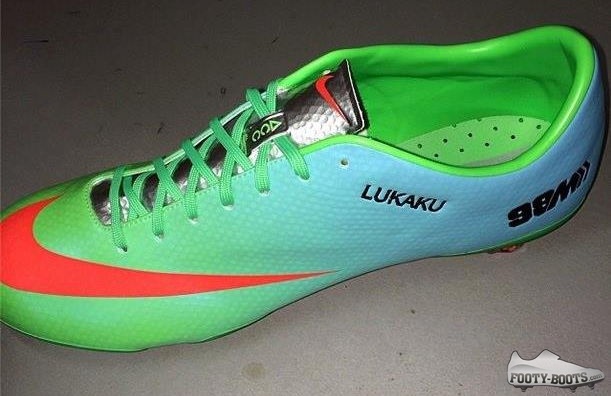 Also of note is the silver tongue, something that’s set to be a stand-out feature of Nike’s boots since it’s introduction on the Tiempo last week. 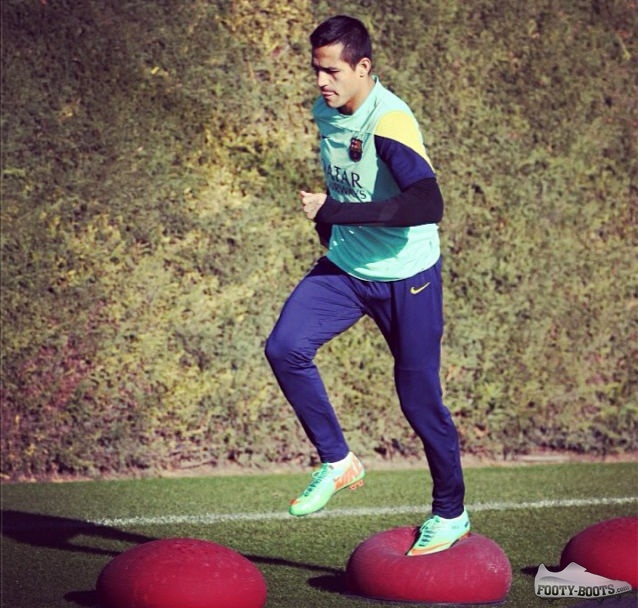 Sanchez warms up his new Vapors, complete with his preferred Vapor VII soleplate.

Also of note is the new ’98M’ Mercurial branding on the heel of this model. Nike are fiercely proud of the great World Cup moments that have been made in the Mercurial range of boots, and – even if Nike can’t explicitly state it’s for the World Cup (with it being adidas turf) – Nike could be celebrating that legacy with colourways designed to evoke prior colourways from tournaments past; 1998, 2002, 2006, 2010 – with the colourways launching in the run up to 2014. 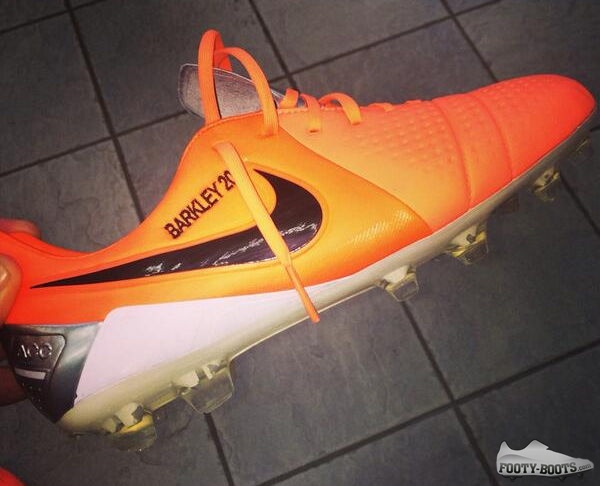 Like many players, Barkley prefers to train in the old Tiempo soleplate.

Now the oldest of Nike’s range of football boots the CTR360 III is due a revamp before the World Cup in Summer, however it looks as fresh as ever in this Mango Orange / Silver / Black colourway/.

With the Tiempo Legend V and Nike Hypervenom rounding out the four silos, Nike have a definite theme going on that’s certain to brighten up even the dullest of winter pitches.

Let us know which one’s your favourite in the comments, below.

Written By
Kyle Elliot
More from Kyle Elliot
Chelsea, Rooney and the La Liga two-horse race; Nothing is safe from...
Read More