New Nike video – Take It To The Next Level.

If you’re planning to watch the Champions League semi final, 2nd leg between Manchester United and Barcelona, and why wouldn’t you be, make sure you’re in your chair or on your bar stool a few minutes before kick off.

Whilst the pre match chat is normally an ideal opportunity for a cuppa or trip to the bar, at Footy Boots we will definitely stayed glued to the screen to watch the airing of a brand new Nike commercial, directed by none other than Guy ‘Lock, Stock And Two Smoking Barrels’ Ritchie.

Entitled, ‘Take It To The Next Level’ , the ad charts the progression of a young football player from his beginnings in non-league football through to competing at the highest level for his country.

Some of the world’s best football players, including Cristiano Ronaldo, Cesc Fabregas, Ronaldinho, Wayne Rooney, Ruud Van Nistlerooy, Zlatan Ibrahimovich, Marco Materazzi and Rafael Marquez, feature in the all-action two-minute commercial which unfolds from the player’s first-hand perspective – the viewer is the player and is in the middle of all the action – on and off the pitch in all its glory. 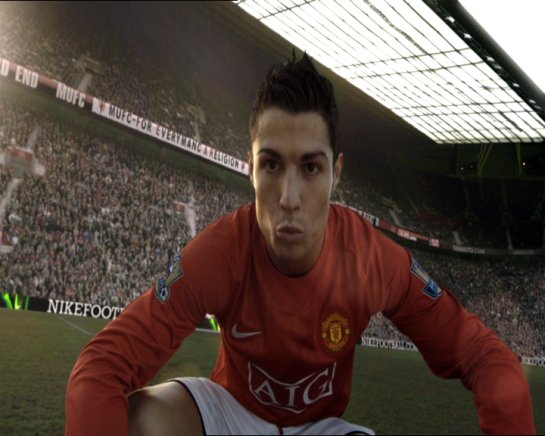 The ad certainly hit the mark as far as Rooney was concerned. Asked for his advice to any budding young player he said “I think the advice I’d give to them is, as in any walk of life and in any sport, the main thing you have to do is work hard. If you work hard, practice everyday and make sure you are determined! I think with those three things you can then set yourself a good platform to go on and do well.”

And Arsenal star Cesc Fabregas said the journey portrayed by the player in the commercial was very similar to his experiences as a youngster at Arsenal. “For me all went very quickly and it’s the truth that it was an incredible experience, because I was playing as a substitute and here and there trained with the first team with players like Henry, Pires, Bergkamp. All these players who make you grow. It was just an incredible experience for me.” 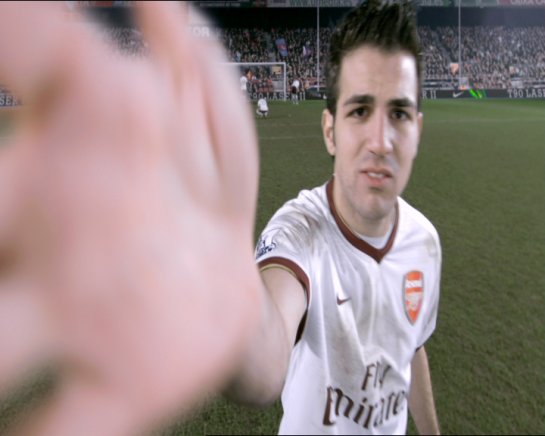 Nike describe the commercial as follows.

To get to the next level in football, you need a fine-tuned combination of skill, physical fitness, mental toughness, emotional control, the best products and a bit of luck. This journey is the ultimate roller-coaster ride – it is not quick, pretty or easy and there are plenty of surprises along the way. You see what it takes to get discovered – what it takes to keep improving. You live the ups and downs, the glory and the sacrifice, the fun and insanity a modern footballer experiences on his journey up the ranks of the game.

The viewer quickly finds out that it is essential to adapt to every new situation technically, physically and mentally. The progression sees you meet constant challenges, work as part of a team, show ultimate commitment to training, be the victim of bad fouls, celebrate wins, be under pressure to deliver at critical match-deciding moments be humbled by other star players. The journey has some obvious advantages – glamorous evenings out with your beautiful girlfriend and adoring fans shouting your name and clambering for your autograph. 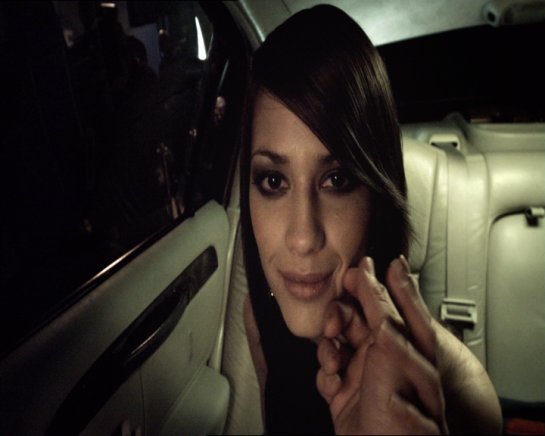 The story starts when you are spotted by Arsene Wenger at a non-league youth fixture after scoring the winning free-kick. You no longer hear about Arsenal’s results on the television – you are there – playing for the team – using the Player’s entrance. Cesc Fabregas kisses you in one match (a bit worrying) and screams at you in the next match (OK, that’s better). 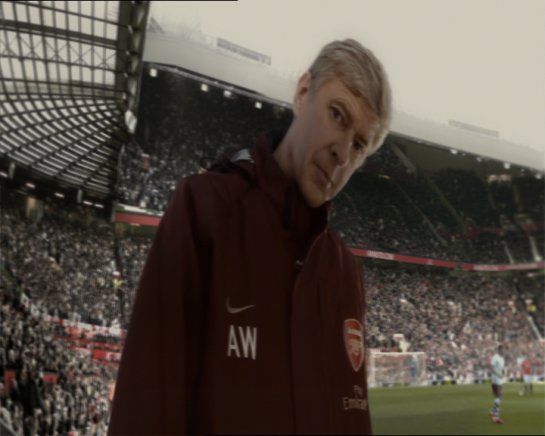 You absorb the energy and emotion from passionate screaming fans who pack football stadiums when you play in the Manchester United v Arsenal clash in the English FA Premier League and you face teams such as Inter Milan and FC Barcelona in the Uefa Champions League.

You see first-hand the power of Wayne Rooney’s kick, the accuracy of Zlatan Ibrahimovich’s shot, Cristiano Ronaldo’s dazzling skills and incredible pace and Marco Materazzi’s man-marking. Ronaldinho smiles when he shakes your hand during the line-up at Camp Nou, but his spectacular dribble leaves you far from smiling.

The journey culminates in a dramatic Final between Holland and Portugal (right, I’m Dutch – no problem, I can do rock music and pretty girls). You are up against Cristiano Ronaldo once again. Your team-mates Ruud Van Nistlerooy and Wesley Schneijder play the ball into you and urge you to ‘Take It To The Next Level’ – even on this stage.

Director Guy Ritchie was obviously in his element during the shoot. He said “This is the largest advert I have filmed. Usually I do one commercial a year. Essentially this is like shooting a feature film on this one. So we spent a week in Barcelona, a couple of days up in Manchester. I think it’s 9 days overall which is long for a commercial.

“The footballers we’ve been working with were very nice fellas. Cristiano Ronaldo was a particularly nice chap. Also Ruud Van Nistelroy played football with my son for 20 minutes which made him very happy. They’ve all been very, very accommodating.”

Thanks to Nike, Footy Boots has obtained a sneak preview of the commercial so ahead of the debut showing, you can catch a glimpse right here.

Written By
Felipe
More from Felipe
The Bundesliga has overtaken the English Premier League in shirt sponsorship income.
Read More