In February, Nike announced its partnership with the League of Legends Pro League (LPL), becoming the official shoe and clothing provider of the top online gaming league in China.

The common chevron pattern on the chest of the team kits is to symbolise motion and teamwork. The pattern is also a nod to the Summoner’s Rift — the most competitive battleground in the League of Legends world.

Behind the designs of five teams:

Dark red colour dominates the uniform. The chevron pattern on the chest is inspired by the sword and shield of the knight, also a nod to the long history of the club. The “EDG-01 digital prototype” image at the lower part of the uniform is composed of engines, a cladding exoskeleton and a fighter body, among other structures. The Cyber Formula thruster pattern on the sleeves of the uniform is a symbol of speed in E-sports, and the triangle structure represents the stable core of a team. 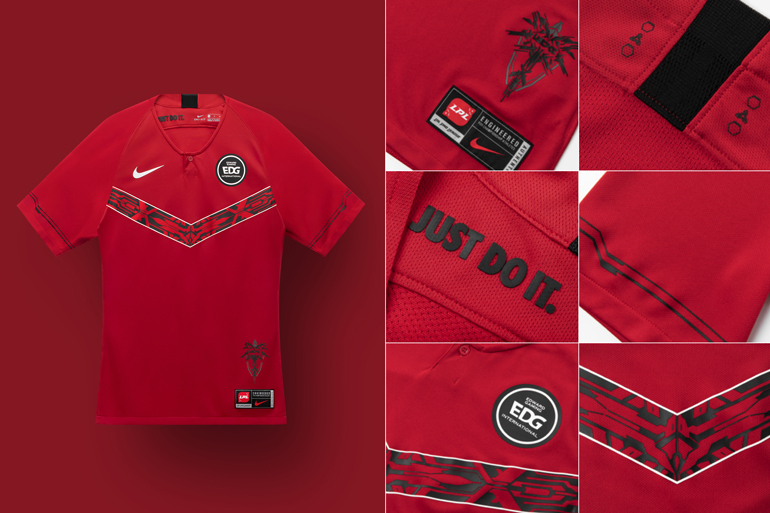 The uniform has a classic black, red and gold colour scheme. The chevron pattern on the chest takes inspiration from the phoenix feather, symbolising the creature’s rebirth from adversity. The uniform’s sleeve and neck tape feature the same phoenix pattern, while the totem above the jock tag is a blend between the Eastern and Western interpretations of the phoenix throughout history. 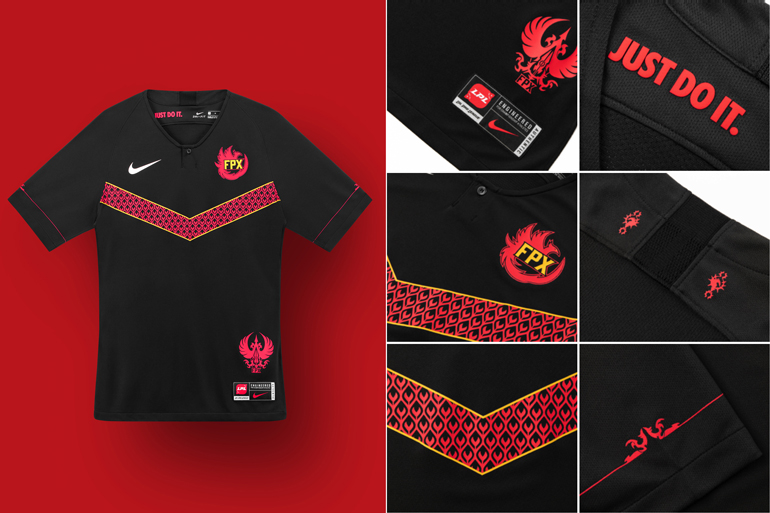 The team’s traditional colour combines a white base, black and silver-grey. The chevron pattern on the chest is inspired by the superhuman boost of angel wings, allowing players to literally and figuratively soar over obstacles. A golden star above the team logo commemorates the team’s world championship victory in 2018. The Chinese character above the jock tag, Ji, means “extreme.” Two target marks on the neck are a play between a scope fixed on the enemy and a power outlet for energy. 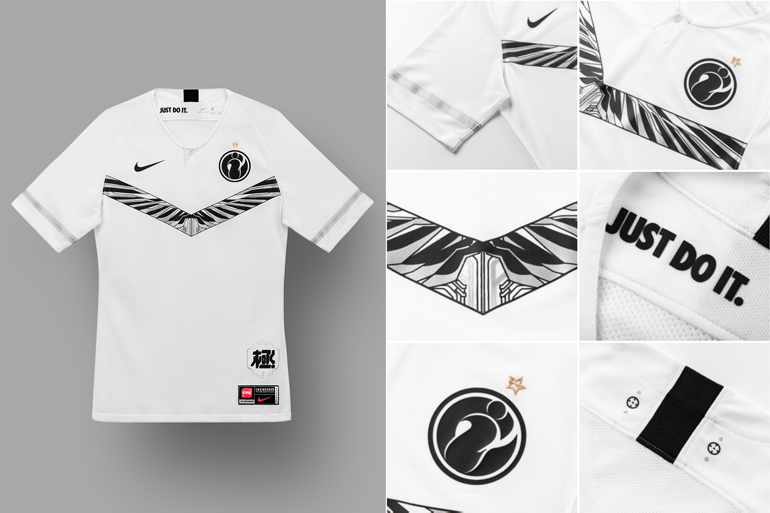 Royal Never Give Up

Black and gold colour scheme uniform with its chevron pattern drawn from dragon skin. The Fu pattern above the jock tag represents one of the 12 symbols of imperial authority (other symbols include the sun, moon and the seven-star constellation) and is one of the 12 symbols on an emperor’s robe. The dragon crest on the sleeves of the uniform is derived from a royal robe. In addition to the Fu pattern, the Möbius strip on the back neck of the uniform marks RNG’s never-ending toughness. 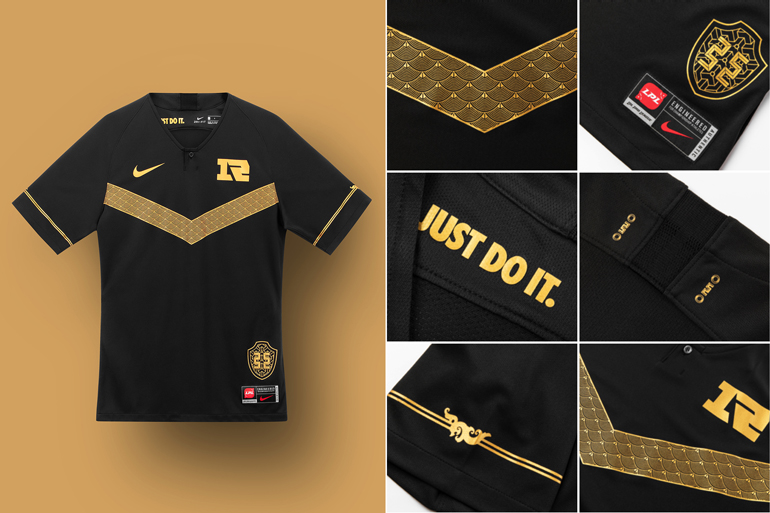 The uniform arrives in a black base dotted by bright orange. The chevron pattern on the chest is an upward arrow, inspired by the team’s slogan, “Fight till the end.” The Sparta mask pattern above the jock tag denotes a fearless warrior’s spirit. 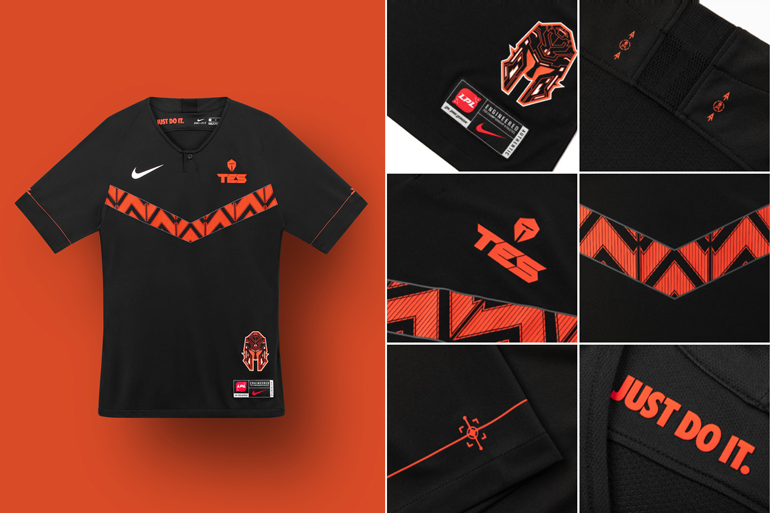