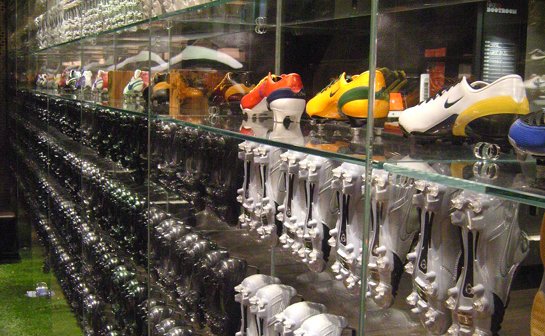 Good news for Nike today ahead of the World Cup as their Q3 reports saw the profit for this time of year double over this time last year.

Successful football boot launches like the Laser III and CTR360 have contributed to Nike’s increase in football equipment sales.

Attributed partially to the global recession recovering, Nike also pointed out that last years profits were crimped by their $241m acquisition of Umbro.

Speaking of Umbro, Nike’s guidance has seen the British brand surge, with a 20% increase in profit over the course of the last year.

This past quarter has proved particularly fruitful for Umbro as their revenue doubled over the previous quarter, after successful promotions of the Speciali football boot and launches of the England and Manchester City kits.

What’s your take? Are Umbro a good long-term buy for Nike? Or do you think they’ll get ‘found out’ when they have to move on from old-school design?

Written By
Felipe
More from Felipe
Barcelona may have qualified for the Champions League semi final, but there...
Read More