Tottenham’s third kit is light blue from head to toe with reference to the ’90’s football shirt culture.

The kit pays tribute to iconic players of the past bringing that blue shade synonymously representing the talent which helped carve the way to the club’s future success. 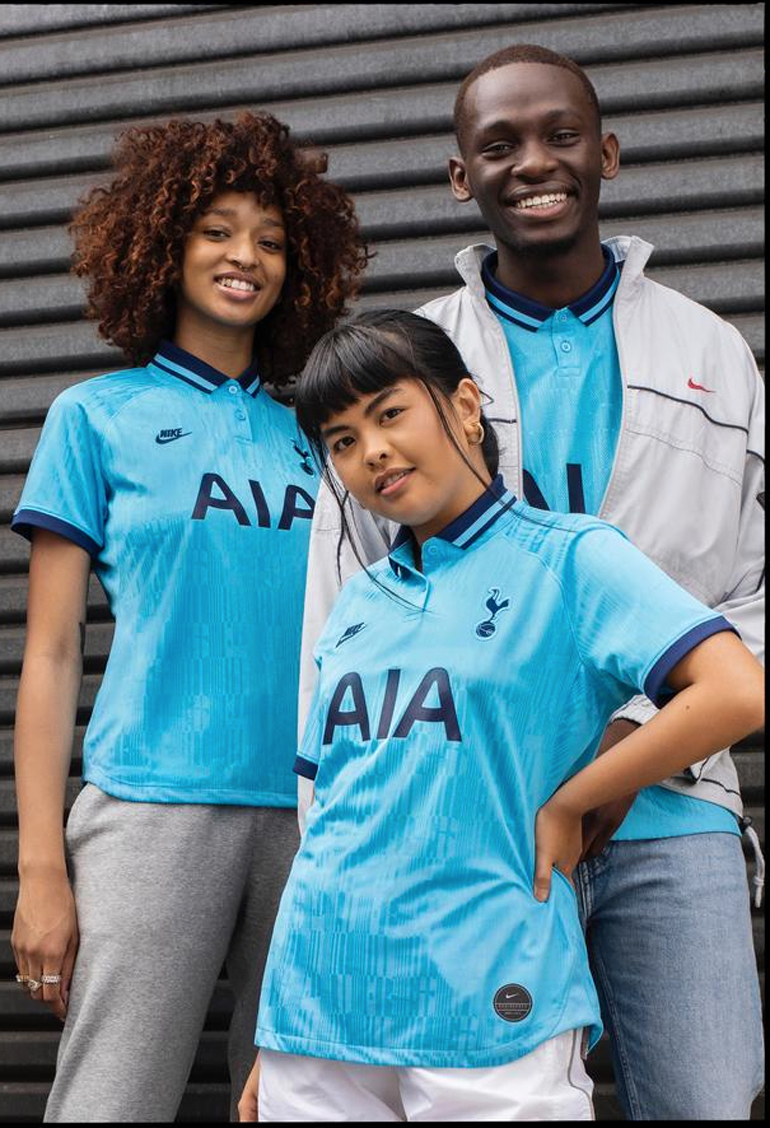 The third kit features a matte/shine Spurs graphic across the front of the shirt, elevated club’s crest trim, the 90’s vibe is topped up by a Nike ‘Futura’ logo.

Also, dark blue trim on the sleeves and on the classic ’90s button-down collar feature on the third kit.

“It’s one of my favourite shirts for sure, the light blue pops and the retro aesthetic goes down well. I can’t wait to wear it to the European games especially this season”, says Spurs fan and prominent UK rapper star AJ Tracey, featured in the campaign imagery. 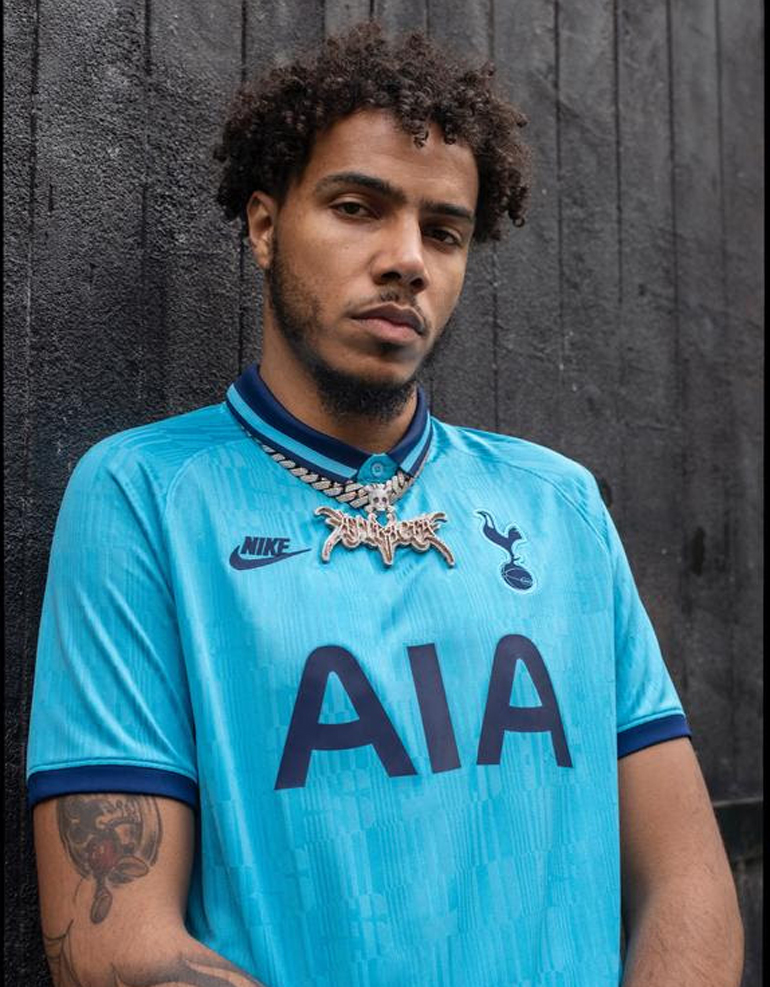 Tottenham will debut the new third kit later this month when the European campaign begins.

Tottenham and England striker made the following statement: “Everyone will see the retro influence, it’s a tribute to the shirt culture of the ’90’s”. “When you see the light blue you think of those players that paved the way, and I hope this year we can wear it with pride to go all the way.