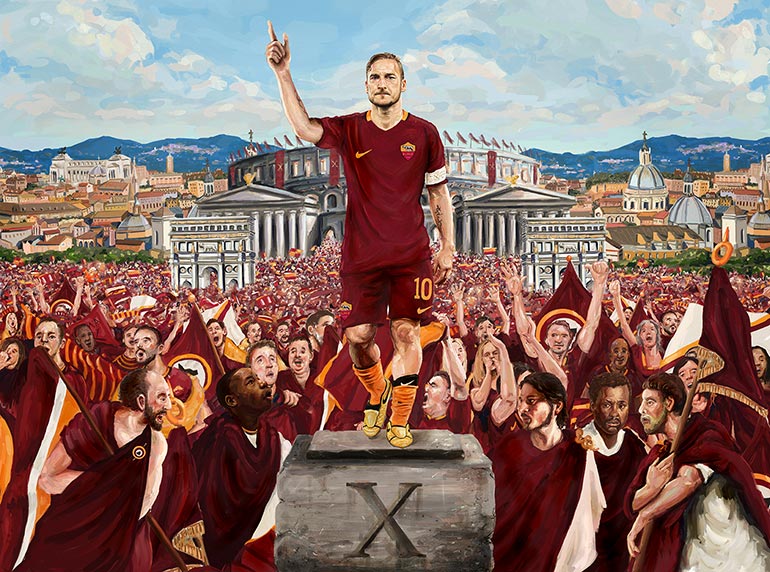 In modern football it is rare for a world class player to stay at a club for several years, but then Totti is a rare talent.

In celebration of the unique career of AS Roma’s captain, playmaker and talisman, Nike have released the Tiempo Totti X Roma football boots.

The release is limited to 2,500 individually numbered pairs — 100 for each of his 25 professional seasons. 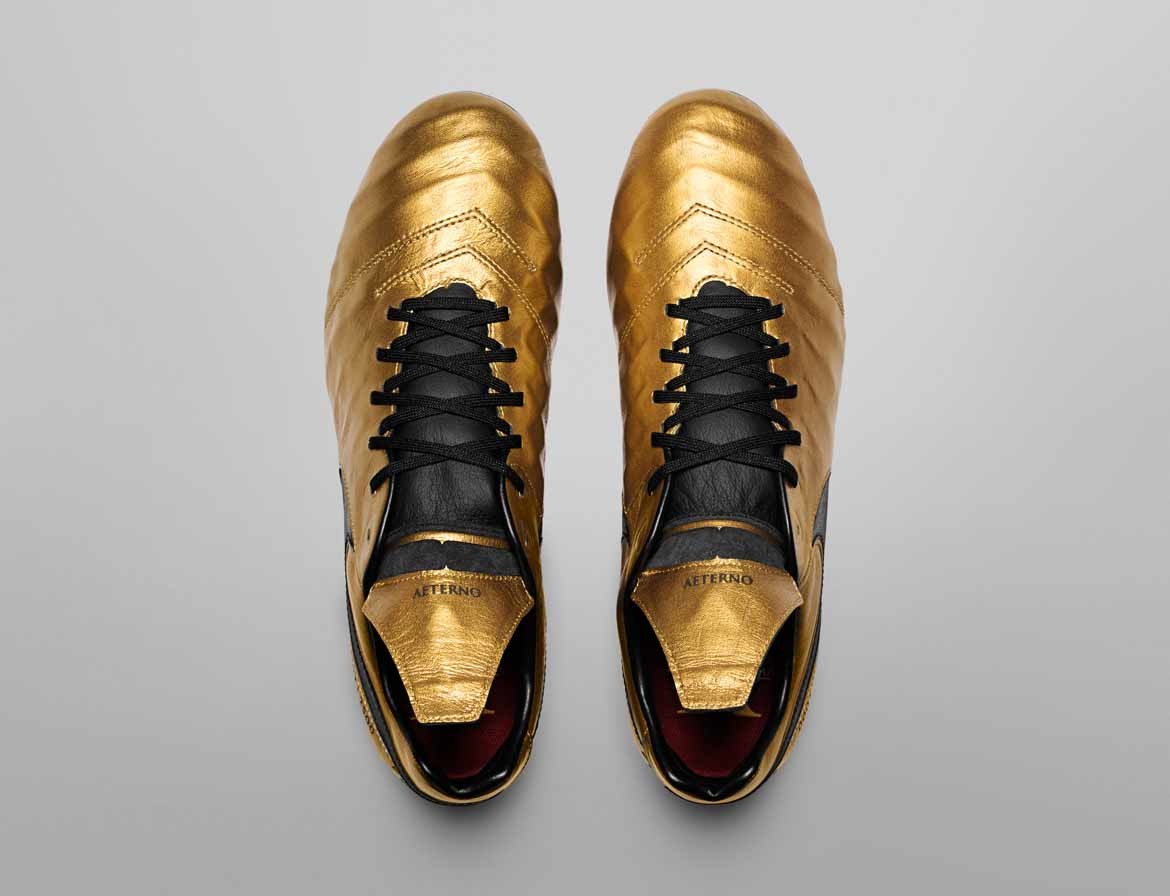 Totti is renowned for his love for and loyalty to the club, having spent his entire professional career, spanning 25 years, with AS Roma. Becoming captain of the club in the 1998-1999 season, Totti is widely venerated as “Il Capitano” (the Captain) of the entire city. His stature in Rome is such that he has been considered its Eighth King!

When I thought about a boot that could reflect the 25 years of my career, I immediately thought of gold. This boot had to encapsulate all my values — my family, AS Roma and the city of Rome. 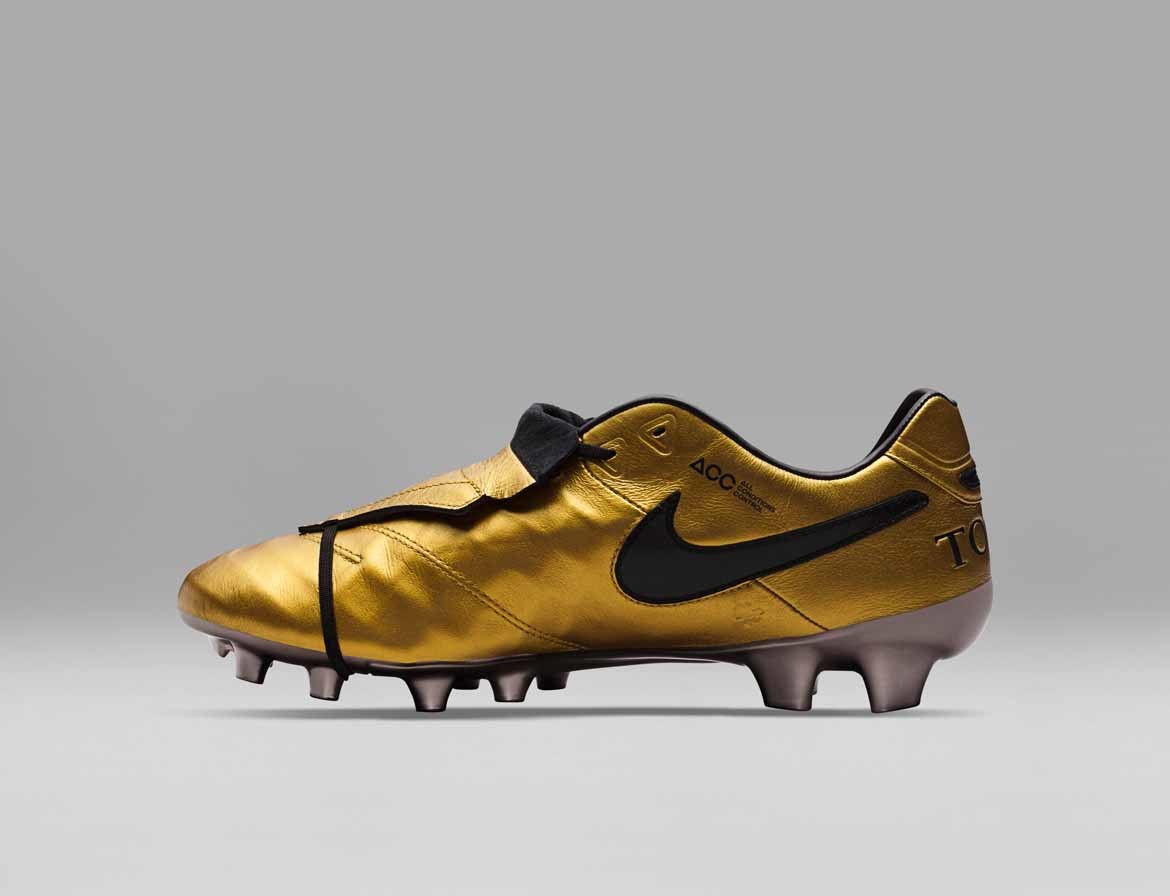 The boots’ upper is crafted in soft leather in a gold colorway, in honor of Totti’s achievements for AS Roma and his country – which marked him out as one of the greatest ever attacking playmakers. Personalised with ‘TOTTI’ on the heel counter and the Swoosh contrasting in black, the upper features the names of Totti’s three children — Cristian, Chanel and Isabel — in his own handwriting.

Equipped with innovations that bring your foot closer to the ball than ever, the Nike Tiempo Legend VI SE Firm-Ground Football Boot is made with weather-resistant technologies and premium leather to truly dominate on the pitch. 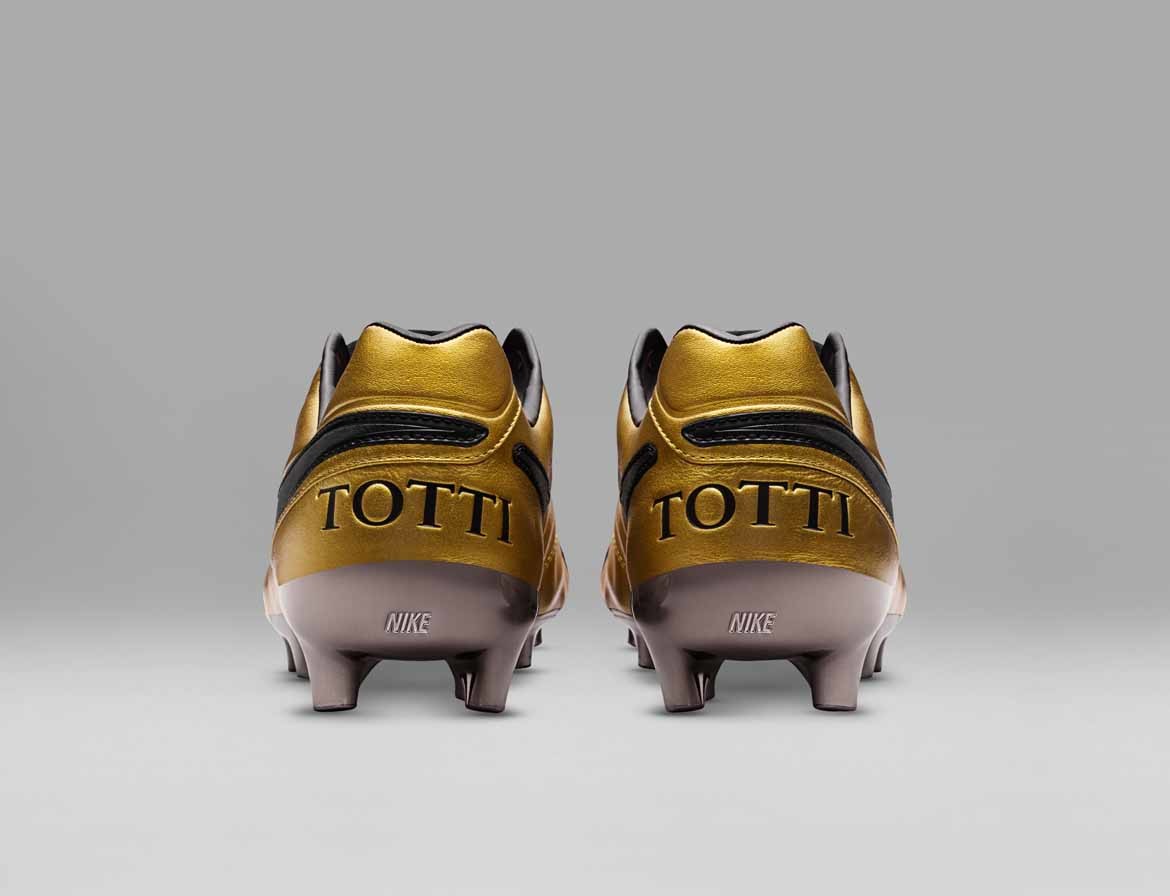