A few days ago on Footy Boots, we highlighted the new Nike Tiempo Super Ligera.

The boot didn’t have a huge launch in Europe and the America’s as it’s primarily aimed at the Asian market and in particular, the Japanese Bukatsu player.

Despite the lack of hype over the debut of the football boot, it has certainly raised a few questions from Footy Boots regulars who wanted to know more about the design process.

So, Footy Boots tracked down the main man, designer Doug Wilken, and found out just how the Super Ligera came about.

FB: How did you go about approaching the design of the Tiempo Super Ligera?

DW: We wanted to get feedback directly from the players on what they need.'  As a design team, we are lucky to have a fellow designer, Tom Minami, who is a former Bukatsu boy. From his perspective, he gave us good feedback and direction in where to look for more. We also worked very closely with our Nike Japan team who collected surveys on wants and needs from key Bukatsu teams. And then we targeted three Bukatsu teams in Tokyo for their feedback to help us identify key features of a new boot.

FB: Why are these insights relevant to the Asian players?

DW: The insights were extracted directly from the Bukatsu players themselves. Past product was developed based on assumptions of what they might need as a result of playing on hard ground, which was a stout and sturdy boot. After speaking to the players, it was clear they wanted the opposite, something lightweight and flexible. 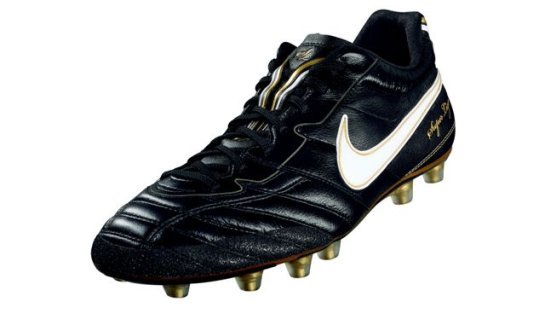 FB: The Tiempo SL was designed on a special last, how is the last different than other lasts?

DW: The last is designed specifically to the Asian consumer. This last offers more volume in the forefoot which better accommodates the shape of this consumer’s foot.

FB: What is the relationship between the last and fit and comfort?

DW: A last defines the shape and size of the internal volume of the boot. The construction defines fit. We achieved superior comfort by removing many reinforcements and allowing the material to stretch to this consumer’s foot. We also chose soft and smooth lining materials to prevent blisters and help the upper mold to the foot.

FB: What involvement did you have with the Tokyo Design Studio?

DW: Merc, a footwear designer from the Tokyo Design Studio, and I met in Beaverton for the first time while he was on campus working for the running group.'  This was after we were quite a ways along on the project.'  When we met we discussed key priorities for the shoe and I asked him his thoughts on the overall design aesthetic and functional elements.

Merc is a footwear designer like myself and has been in the industry for a quite some time.'  His experience with the Japanese football consumer was something I lacked.'  To have Merc as a sounding board and consultant helped us assure we had an amazing product in the end created specifically for the Asian consumer. 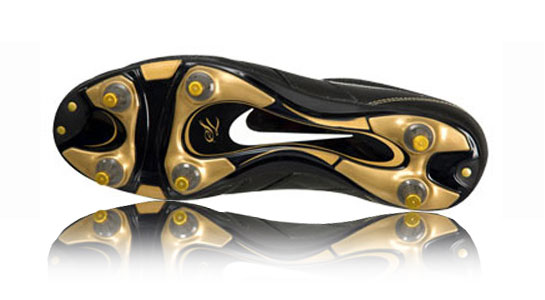 FB: What is the benefit to the player and consumer?

DW: In the end we were able to engineer a product that specifically met the needs of the Asian consumer. The Tiempo SL has a better fit more specific to this consumer’s foot shape and is one of the most comfortable boots. This is our lightest weight Tiempo product yet in a package that addresses key durability issues we’ve had in the past for the Bukatsu players.

Written By
Felipe
More from Felipe
Footy Boots reporter Matt reviews the unveiling of Cristiano Ronaldo, who was...
Read More